Routes in The Sheepshead

Approach: About 30 min. Approach on the main sheepshead highway trail. Hike for a while, then 5 minutes or so after going through the second animal gate, see a less defined trail break uphill from the main trail (small cairns on sandy slab). Follow this (trail gets good quickly) up cairns. There is one cairned trail that breaks off right to another rock formation- ignore it. Eventually you will reach a big boulder near the cliff base. Walk left by the boulder (underneath it) and head up a few yards to the base of sheepshead. A slabby pillar that leads to a corner/bulge with a bolt is where the trail hits the rock. This is the start of Absinthe. A tree hides most of the short slab and shades the first half of the pitch.

50' climber's right along the base of the rock is a bolted slab. This is the start of Peacemaker.

P1. Start up left-facing dihedral left of slab, or paw up slab, to stance and clip bolt. Go up the corner and step right to another lip. See a bulge above with a bolt at the lip. Get there, clip it, fire it, and get to a ledge. Place pro high to protect second (cams in back of open flake and long runners) and walk right to 2-bolt ring anchor.

P2. Ignore bolts out right on polished slab, and ignore big ugly right-facing corner. You're headed straight up to crack/face climbing (a few bolts on face runouts) to 2 bolt anchor on ledge right of bush. The anchor bolts here are painted Metolius rap bolts (the oversized bolts you can rap off of) as are all the belay anchors for the rest of the climb. This is the most sustained pitch and probably the route's crux. The first cruxy move may be a little harder for shorter people. Classic pitch.

P3. Move the belay left to the second dihedral past a few bolts to a two bolt anchor. Very short pitch on distinctly easier climbing. If you have any draws left you could almost assuredly link this with P2 with a 60m.

P4. Go up the dihedral, clip a bolt, then move higher. Soon you will reach a stance to move left and clip a bolt on a bulge (find this bolt before you start climbing so you don't go past it). This clip will be harder for short people. Consider placing a cam high in the dihedral crack to protect the clip and then backclean it for ropedrag. Move above the bolt on stiff friction to a long stretch of 5.easy chickenhead climbing on the right side of the pillar (past one bolt). Belay at 2 bolt anchor on right side of pillar.

P6. Follow bolts on thin face/friction, past a bulge, to another anchor (can be tricky to see until near it). Another line of bolts appears farther right. Ignore 'em.

P7. Friction up the flawless green buttress to the top (more bolts). 2" and 3" cams make a great anchor, but all kinds of stuff will work with a little fiddling.

Descent: Walk off opposite side to cairned descent down gully in back. Elaborate cairn on summit marks the summit register and is right of the descent gully as walking from the Absinthe top-out. Follow trail down NW side of sheepshead, bearing left along rock whenever trail splits. About 15 minutes.

Notes: This Cochise classic had a reputation as a death route because of the sparse bolting on the long stretches of face. It was recently retrobolted (by Scott Ayers, the FA, so don't you dare chop anything..) so it no longer deserves an 'R' rating. The climbing is still a bit spicy is you are used to indian creek or Urioste red rocks pro, but it's standard fare for Cochise. The rating is on for Cochise 9+, but it can feel stiff if you're used to softer areas. The route is much more serious feeling than Peacemaker (6p 10a) just to its right.

Also- Scott adjusted the finishing pitches for a much better finish. Apparently the last few pitches used to be a little lackluster. Now they're great fun. This route description describes the new finish (obviously)..

Finally, be forewarned that Scott is a straight-bolter. Just because the bolt line is railroad-straight, it doesnt mean that you won't be traversing back and forth and all over the place to find the path of least resistance. You can't fall asleep and follow his routes like a sport climb, and in return you'll get little or no rope drag through the face pitches.

Props to Scott for putting up this Cochise classic, and for adding impeccable bolts to allow mere mortals safe passage.

Rack: 14 draws, a half dozen of which should be extendable. 1 set of nuts, and a single set of blue alien to #3 camalot (double on white alien size). If you place a lot of pro, you might consider a few extra cams for the second pitch. An additional green and yellow alien, as well as an additional #.75 and #1 camalot would leave you plenty of options. 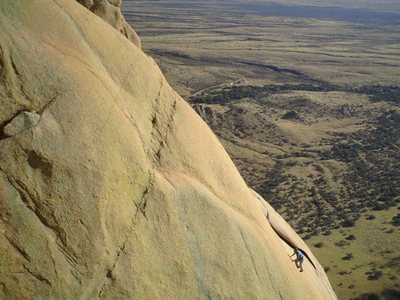 Climber near the top of Absinthe - taken from t… 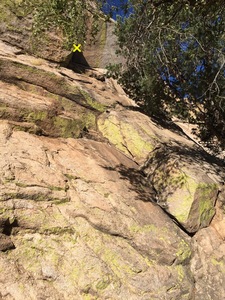 Start up dihedral to first bolt. 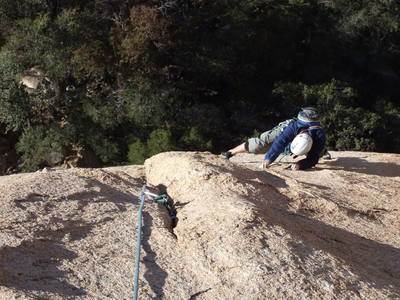 Tricky moves on the traverse right on the upper… 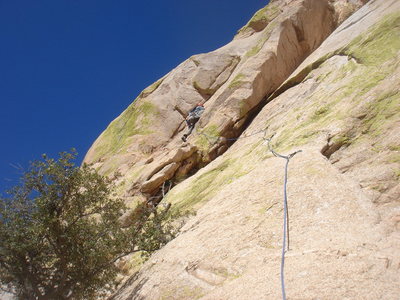 Leading P3 of Absinthe of Mallet. Photo by J… 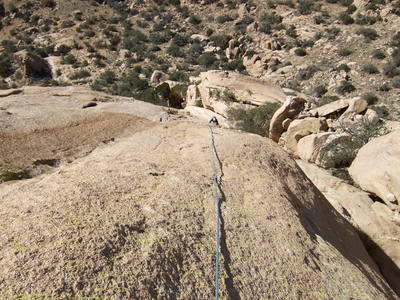 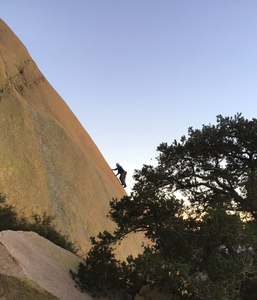 Another view of the impeccable pitch 7 slab. C… 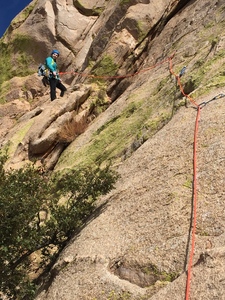 At the anchor for pitch three, probably the mos… 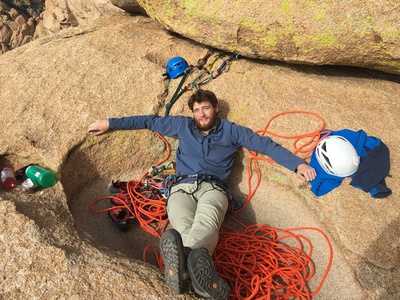 Sitting in the hot tub like bowl at the top of… 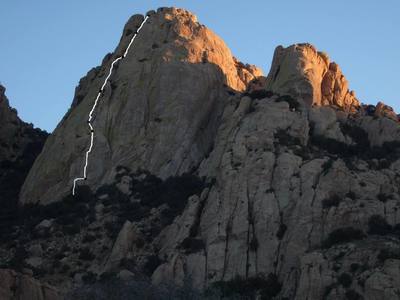 My attempt at a topo, if somebody notices anyth… 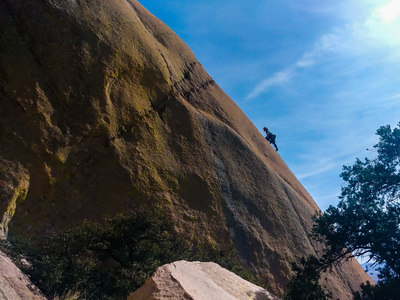 Jess leading the final pitch -PC to the man on… 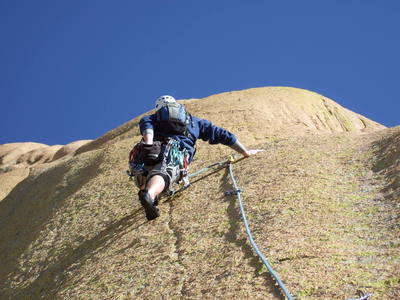 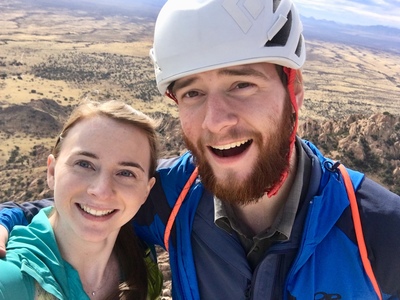 Awkward sibling summit selfie of me and Alex at…

More About Absinthe of Mallet