This line is described as being on Gateway Rocks, but is actually an east-facing line about half-way between the Gateway and the Tumbling Rainbow formation. This short, striking fingercrack stands alone and is obvious when viewed from most points on the south or east sides of the Valley Loop trail. Approach as for routes such as Semi Tough but continue further west to the east-facing wall.

Belay in the jumbled boulders at the base of the route and cast off upwards on good locks with good gear for the entire route. Descend via easy  walkoff/down-climb to the climbers right.

1 run of cams from the smallest you have to 2".A few larger units for a top-anchor/belay if desired. Nuts could also be used to pro the entire line. 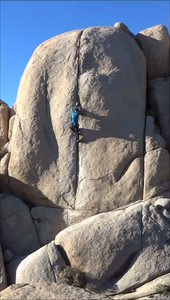 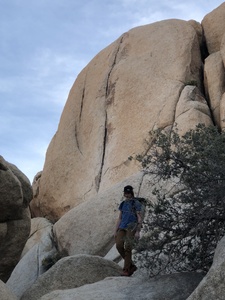 the crack close up 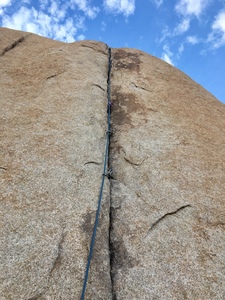 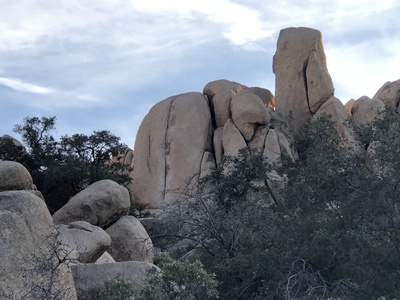 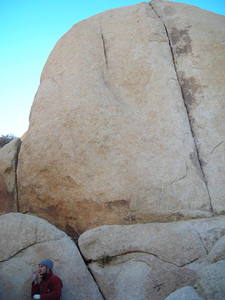