Around and left from EBGB's is this excellent route that sees even less traffic than it's neighbor.

An undercut and bouldery start (very reachy) leads to high-quality face moves that end atop the EBGB's block. Originally done with a point of aid at 5.11b A0, the route was later freed. There is an anchor in the center of the block (same as for EBGB's) and the rap is off bolts on the opposite side of the formation. 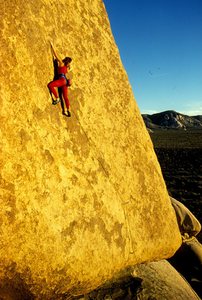 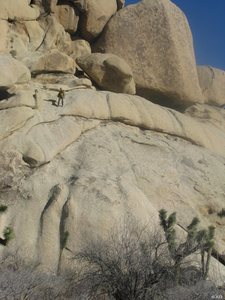 More About Jane's Getting Serious