Locate the four large boulders atop the left end of the south face of South Echo Cove Rock. Bonzo Dog Band is the mostly-left-trending crack system that ends between the middle two of these four boulders. It starts at a large flake just left of a boulder.

There is an alternate start for this route just left of this flake, but the old quarter inch bolt was rusted and hangerless as of late October, 2002. We got onto the climb by getting a large piece high behind the flake, then stepping left onto the face. This was followed by an intimidating, wide, high step to the left, after which the climb eased up considerably, both in difficulty and ease of protection.

Unless you're much smaller than the average leader, you'll end up stretched out on your belly to build a decent gear anchor beneath the boulders.

For the walkoff, crawl back between the boulders atop the route. You'll find yourself in an open, airy cave system. Walk left until you leave the cave, then climb (low fifth class) onto the very top when it becomes convenient. Keep walking left, scramble down a couple more fourth-to-low-fifth class downclimb sections, and walk off onto the road.

Though you could reach the top of this climb via the walkoff, the traversing nature would make it a poor toprope.

Standard rack, plus something big (#4 Camalot) for flake at bottom. Gear anchor underneath large boulder on top. 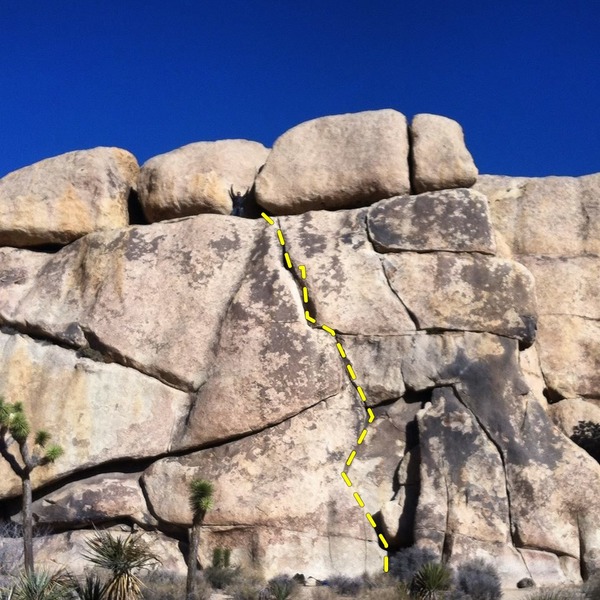 [Hide Photo] Cold, Windy, and a big smile on my face 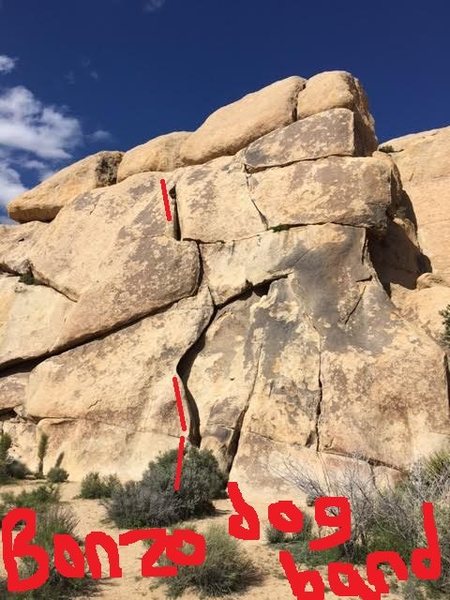 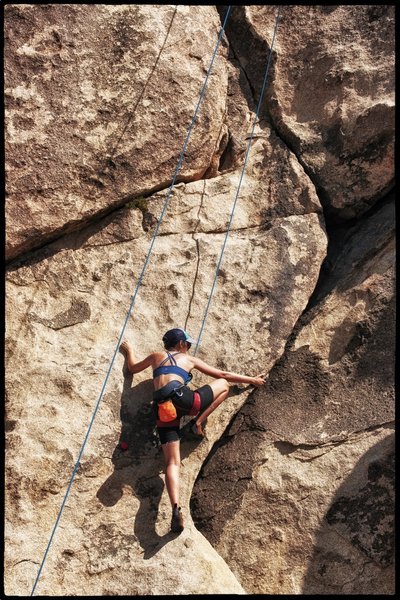 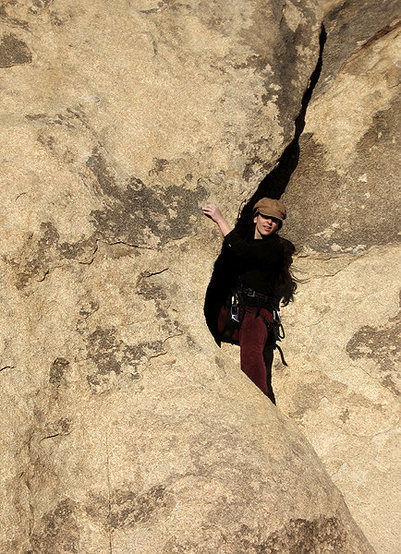 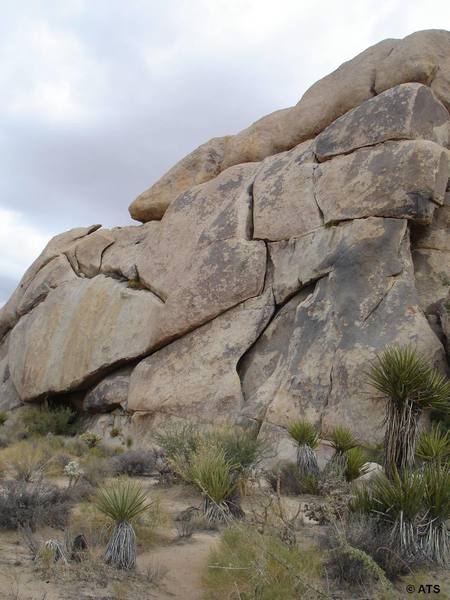 [Hide Photo] Bonzo Dog Band (5.7+) heads up the very wide zig-zag crack system in the middle of the photo 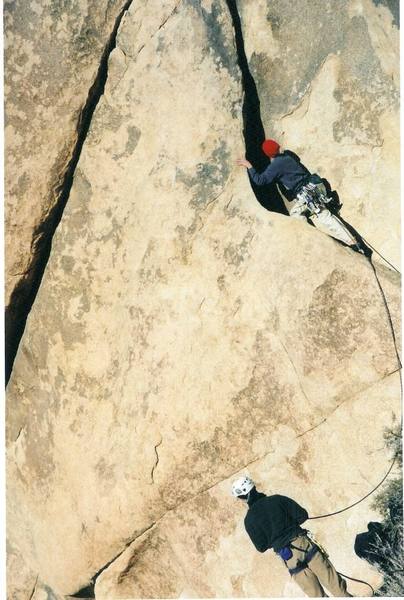 [Hide Photo] What was up with our photographer here? This is the start of Bonzo Dog Band.