James Tower AKA The Lightblub

James Tower is the knob located on the west side of Buckhorn Wash approximately 1 mile north of the river. There is a pullout on the west side of the road a little way past the tower. To breach the chinle hike up the wash (along the chinle) to the west of the pullout until an easy scramble is reached.The route begins on the north side of the tower in a handcrack and winds left around to the south side and a big ledge. The crack gets progressively larger as it curves around the tower. There is an optional belay with three good bolts at approximately 75'. The final pitch is a bolt ladder up the south face (10 or 11 clips). There is a whole slew of bolts at the top offering several descent options. With two ropes it is one rappel to the ground off the east side. With one rope it would be two or three raps.

Camalots 1-4 or 4.5, one set should suffice, two #3 would be useful. Long runners if you want to do it in two pitches. 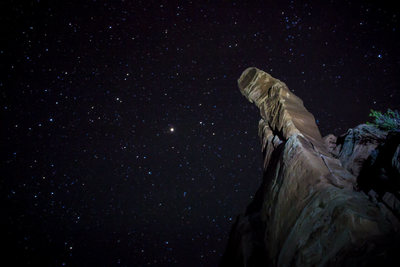 We rappelled The Light Bulb after dark, and the… 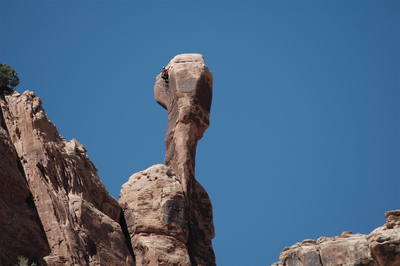 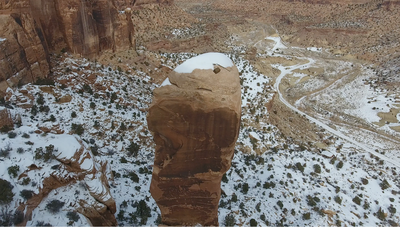 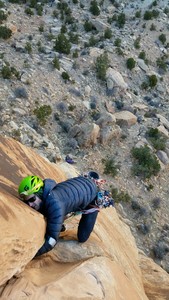 The crux of pitch 2 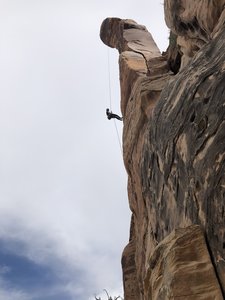 And that's a rap! 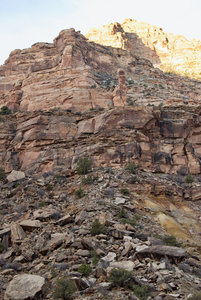 James Tower AKA The Lightbulb as seen from the… 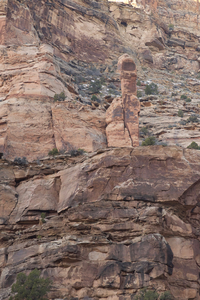 The Lightbulb as seen from the Buckhorn Wash Road 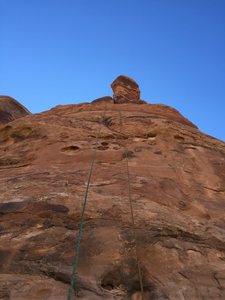 single rap off the top 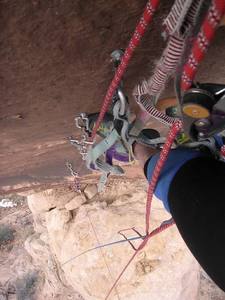 Looking down while soloing the bolt ladder. 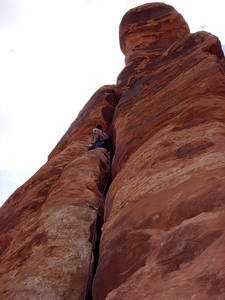 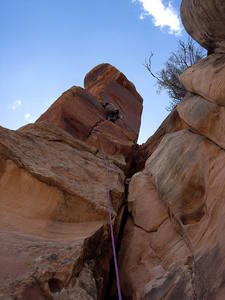 More About James Tower AKA The Lightblub