[Eastern State Penitentiary Historic Site is a National Historic
Landmark, the highest designation for a historic property under
Federal law. It is also a ruin, abandoned in 1971, and stands today
as an architectural shell. The historic site carries insurance for the
safety of the public while on the property, and for artists during the
installation process [but not for...injuries or damage to property
sustained by climbing the walls of the structure.]

"It is both dangerous and unethical to climb ESP
without express permission to do so and extensive planning.
Visitors to the site should treat it in the same way they might
treat a delicate ecosystem in a protected nature reserve - be
gentle, respectful, and leave no trace."

Eastern State Penitentiary is a former American prison located in Philadelphia, Pennsylvania. Today it is a National Historic Landmark. It sits at 2027 Fairmount Avenue between Corinthian Avenue and North 22nd Street in the Fairmount section of the city, and was operational as a prison from 1829 until 1971.

Eastern State’s walls are built primarily from a variety of stone “from East Falls (‘Wissahickon’ schist, the archetypal Philadelphia foundation material until the early twentieth century) and subsequently from the Leiper quarry on Crum Creek 180 (‘Media’ stone, a closely related material, still available)” (ESP Historic Structures Report). The material can be found all over the city, including the Henry Avenue Bridge (which was once bolted for sport climbing), and in natural formations in the Wissahickon woods.

Today, the stones making up ESP’s walls occasionally come loose, and the deep cracks that make up many of the climbs in this guide are prone to accumulating and pouring out dust from crumbling stones and mortar, especially after precipitation and dramatic fluctuations in temperature. This is in part because the stonework is set in mud mortar, which has been repointed on numerous occasions but continues to disintegrate from the inside. It is also because of the loose interior structure of the wall. Having been built with a relatively common method of construction for its time, the wall contains a giant pile of rubble, sandwiched between the solid interior and exterior faces of the wall. The loose material can shift and collect moisture when precipitation permeates the wall. When water enters the wall’s core and freezes, it can have a dramatic degenerative effect on the structure

All information for this post comes from "A Climber's Guide to Eastern State Penitentiary" (Alexander Rosenburg, 2019)

Eastern State Penitentiary is located at 2027 Fairmount Avenue, Philadelphia, PA 19130. There are many transportation and parking options
available to you.

While ESP does not have its own parking lot, there is a neighboring parking lot that is reasonably priced. Parking costs generally range from $3.00 to $10.00 depending on the length of your stay. For exact pricing, please call Parkway Corporation at 267-765-3665. 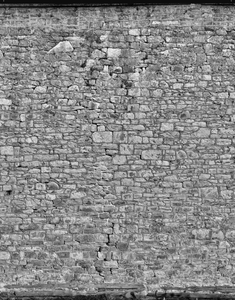 All Photos Within Eastern State Penitentiary