Routes in The Motherlode

In the early '90's the USFS banned all placement of bolts in the Superstition Wilderness. This unfortunately includes replacement of existing bolts. Violating this ban may result in climbing restrictions on this beautiful area. Please think twice and go bolt somewhere else.

Area description: The term Mother Lode typically means: a principle or large source of ore. The superstition mountains certainly has its share of mining history, including placer mining, and the well-known search for the legendary Lost Dutchman Gold Mine. Many have spent lifetimes searching for the elusive and warm yellow-orange glow of gold. Few have found it, and some have found only heartache, or even death. Climbers of Arizona, and in particular the Superstition Mountains, have also sought riches of their own. In doing so they too have exposed themselves to risks in the expanse of canyons, arroyos, and devilishly crafted rock walls. Another, lesser used definition of Mother Lode applies here: a rich source of something.

This Mother Lode certainly provides a rich source of something, for those who value adventure, wilderness, and the bare-naked soul of an entombed supervolcano - thinly veiled in the angry flesh of desert. Climbers here don't always fit in with their peers, often finding solace in the unknown, not just tolerating the hazards and uncertainty but thriving in it. A day here is one filled with hard work, mind numbing vistas, sweat, blood, and a beauty only exposed with your fist and your heart deeply entwined in its hard, unrelenting core.
This area was explored, and the routes established, when a few people became entranced by its allure, not unlike the lure of gold. It is a traditional climbing area. The rock is unique for the area, and while loose and dirty rock exists it is the exception, not the rule. Besides, if you were on perfect rock you'd forget you were in the Superstitions! Due to the northern exposure and frequency of water dripping down its face the rock has a rough, hardened surface. This area also tends to possess many pockets, and the cracks are often inconsistent in size, making offset cams and passive protection very useful. Routes here were primarily developed ground up, with only a few, hand drilled bolts when necessary.

Due to the abundance of juggy pockets, many of the routes look harder than they are. Due to the northern exposure and enclosed nature of the area, it gets sun for only a short time each day. This can make winter days cool, but extends the season into early summer if you get an early start.

Getting there: From Apache Junction on HWY 60, take the Idaho Rd. exit north and travel 2.4 miles to Hwy 88/Apache Trail. Turn right on Awy88/Apache Trail and travel NE 5.3 miles to First Water Rd. Go right, and just after starting on First Water road pull over and park at obvious dirt parking area to your left. Looking toward the Western wall of the superstition Mastiff, you will see The Hand, an obvious, separated formation on the northern (left-most) wall of the range with the definitive route The Razor’s Edge. An obvious trail begins through an opening in the fence. Many trails continue toward the rock formations in front of you. Continue trending toward, and just right/south of The Hand as you hike, eventually arriving on larger trails that will climb toward The Hand, depositing you between it, and the large wall and towers to your right. This distance is @ 2 miles. Continue on the well-established trail heading generally east for approximately ¼ mile until you come to a fin of rock that on your left. Start up the slope to your right. Cairns suggest a direction, appearing as you ascend the steepening slope. You may even see an occasional mineshaft opening, filled-in but still visible. These test shafts are called coyote holes. Don’t stray too far from the base of the rock wall to your right. Continue up, trending toward an opening between two large outcroppings. A wall about 300 feet tall will become apparent ahead, and slightly right. You will come close to the base of the wall - your destination. Trend right and head into the steep gully that is the start of The Mother Lode to your left/south. Approach time 40–60 minutes, depending on stoke. 33°26'57.4"N 111°27'28.8"W

Classic Climbing Routes at The Motherlode

Mountain Project's determination of the classic, most popular, highest rated climbing routes in this area.
More Classic Climbs in The Motherlode » 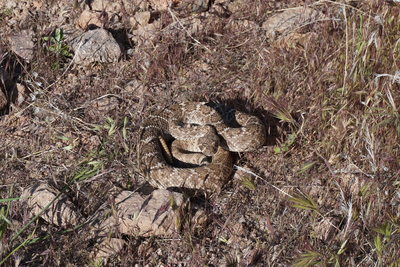 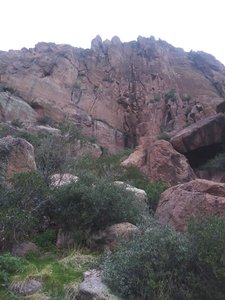 Mother Lode approach hike. This is the left sid… 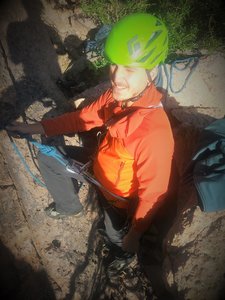 Cory in his Swiss Seat, which he wore on the FA… 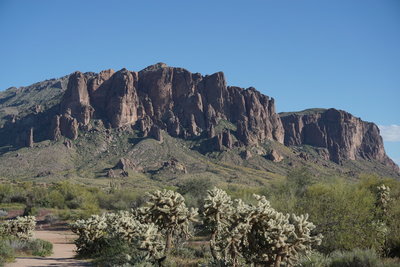 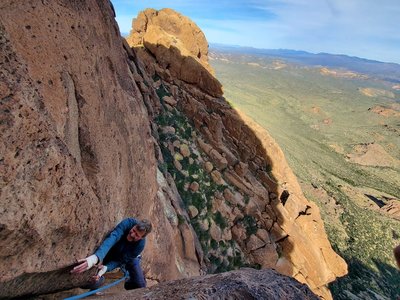 Scott near the top of pitch two of Pay Dirt 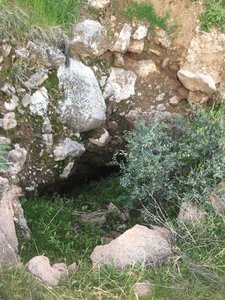 One of a few coyote holes on the approach 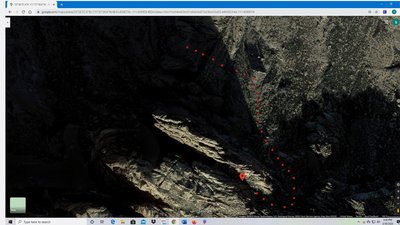 The final 1/2 mile of the approach from The Hand 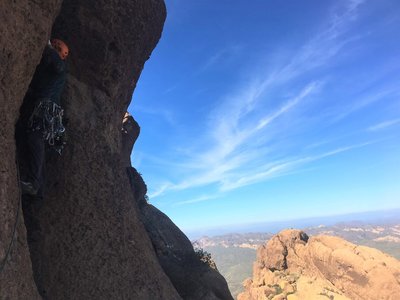 Another swamp donkey, playing at the Mother Lode 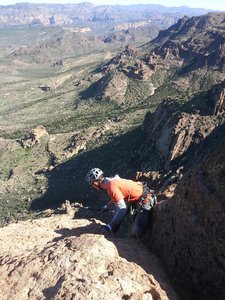 A swamp donkey at play on The Mother Lode 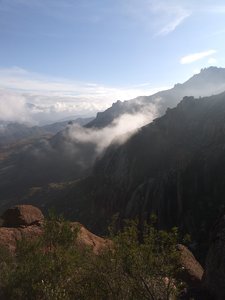 A beautiful day at The Mother Lode 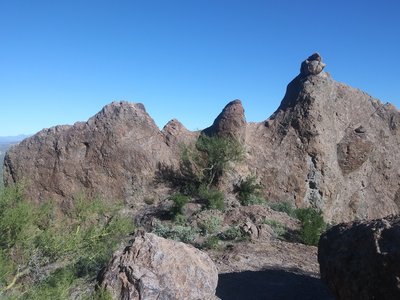 Looking at the fin of rock from which you leave…

All Photos Within The Motherlode


More About The Motherlode