The rocks at Paraiso are a sandstone formation. At the base large none decomposed rocks  of good climbing quality are to be found, but rock quality decreases as you climb or travel north along the wall.

Favoured by good weather for most of the year, sun and heat during the dry season and rain and heat  during the rainy season tend to be limiting factors. The best climbing times to avoid high temperatures and extreme sun exposure are generally early morning until 11 a.m. or from 2 p.m. until dusk.

Local wildlife is mostly harmless, do keep in mind it is not unusual to encounter poisonous snakes, wasp and/or ticks. These 3 are reason for concern and may be found at camp or on the rock formation’s ledges.

Tropical rainforest vegetation flanks the river and fast transitions  to deciduous forest once away from the river's influence. Temperatures on the wall contrast strongly against that of base camp ( especially if camping by the river).

If camping by the river do not expect things to dry , specially during the rainy season when humidity is very high.

To date, there are  more than 20 known routes  that have been developed by several generations of climbers. Most of them are trad ,  and the odd sport. They are equipped with different belay anchors ( natural anchos, bolts, rings or/and chains).

Over the years most climbers have come to the consensus that it would be ideal that paraiso remain as a trad climbing area. A strong culture of leave no trace camping and avoiding fixtures on the rock have allowed it to keep the beauty and charm of an undiscovered pristine area.

It can be reached from the town of Chuao (walking about 3 hours) or from Turmero in two days of walking. Take into consideration that the only way to go to Chuao is by boat.

1. The best option is to walk from Chuao: to get to the town you must get a boat from Choroni (20 minutes ride) or from Puerto Maya (45 minutes ride), Puerto Cruz (1 hour ride minutes ride) or Chichirivichi de la costa (more than 1 and half hours). Once in the port of Chuao you can take a local bus to the last stop up in the town, cross the river on the footbridge and continue through the dirt road until it ends in a river, you will have the river always on the right but must never cross it until the road ends. Then go walking straight until the path starts going up, this is the difficult part of the walk, continue the path up and don't mind the forks because they always meet. When the path starts to get flat you will hear the waterfalls, be careful not to pass the little entrance on the right. You should go down, but finding the camp is quite complicated and the path is not very marked. 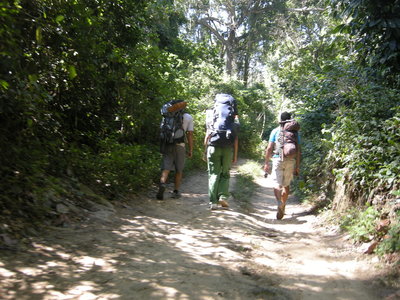 Departing Chuao towards Paraiso with all the ge… 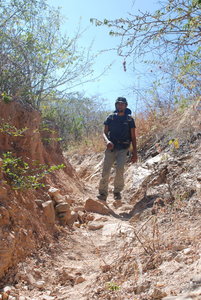 Mid way between Chuao and the climbing area of… 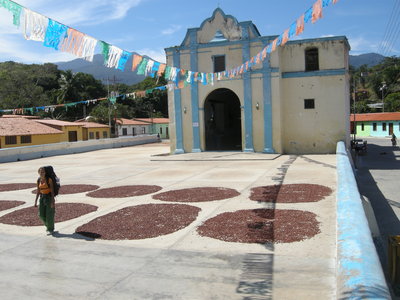 Cocoa beans drying in front of the church at Ch… 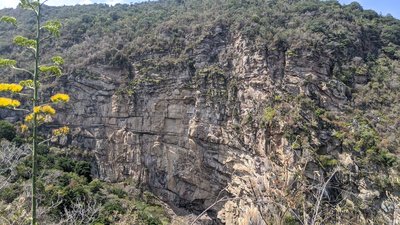 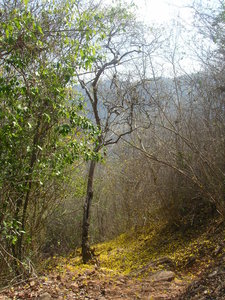 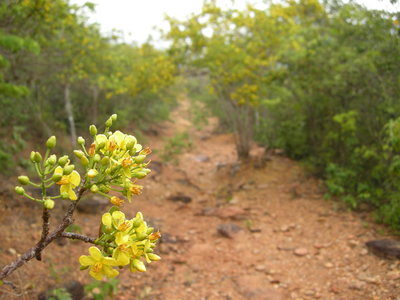 Blooms emerging in the deciduous forest along t…

All Photos Within El Paraiso - Chuao