Small local craig with some single pitch medium sport routes (5b to 7a, mostly 6's) a few feet above the ocean. SW facing so gets too hot in the summer, but it's a nice place to shill and do some relaxed climbing. Most of the routes seem newly (and very nicely) rebolted, bust some still have old rusties...

Listed in the Muzzerone Guidebook, but the guide seems to be missing a few routes. Some of the names are guesses, but the grades are what they felt like to us.

One of the more unusual approaches...

Park on Via del Cigno (just off SS1 between Lavagna and Sestri Levante). Walk towards the tunnel, and into the tunnel on the sidewalk. The tunnel has windows on the right, then it doesn't. As soon as it does again (about 2 minutes in), climb over the railing at the first window on the right. You should see a rebar ladder on the right which leads to the upper of 'fake' climbing above the tunnel. Follow the trail to the left along the sea for about 2 minutes towards the obvious rock face - when you arrive you'll see the bolts, this is the main sector. 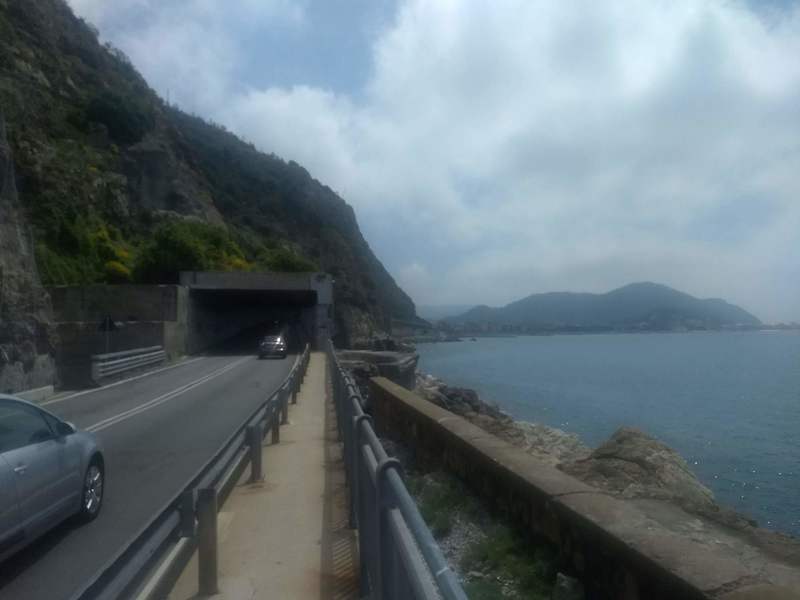 [Hide Photo] On the approach.. into the tunnel we go. Cliff visible on right side of tunnel 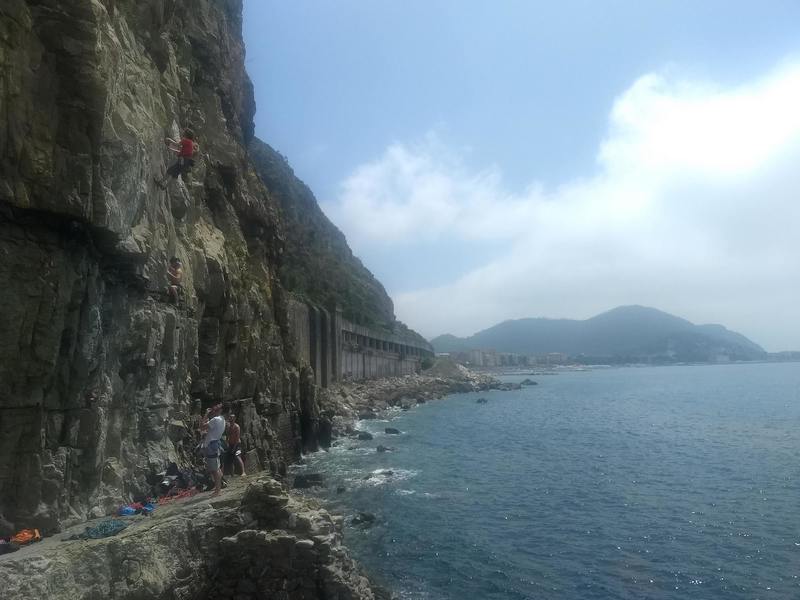 [Hide Photo] The general feel of the place 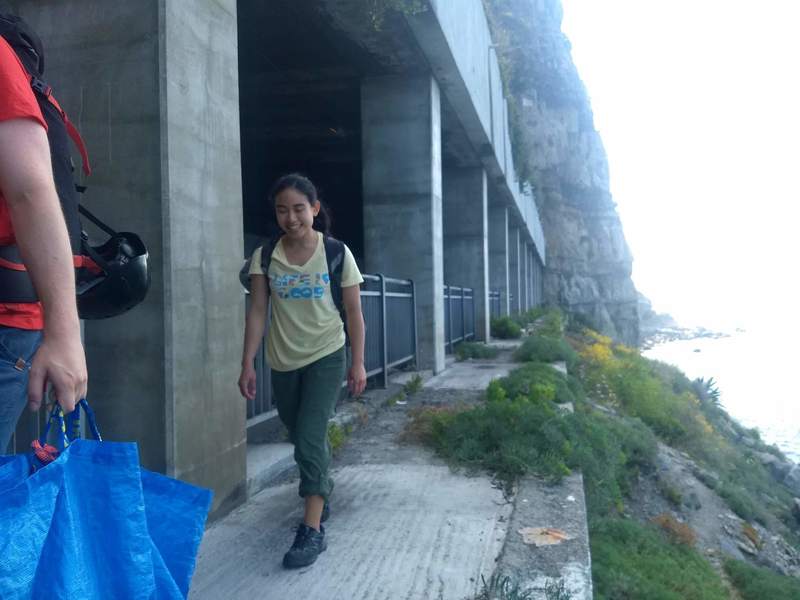