Have you ever thought to yourself: "Gosh, I'd love to live in a city with great live music, tacos for breakfast, over 100 boulder problems and sport routes less than a mile from your office, spring fed pools at a year round 65 degrees, eccentric locals, thirty million college students, traffic as far as the eye can see at all times, homeless people at every light, 400 days a year of 100+ degree weather and 85% humidity, rain only on the weekends, all the crags are secret, or on on private land, or are prone to collapsing on a massive scale at any given time, and/or made of a rock type that has a frictional coefficient approaching -infinity, and everything is graded V4 and 5.10-"????Well look no further than Austin, Texas!

Nestled deep in the heart of Texas, Austin is home to such classics as "F*** Nut" a V2 so polished, sandbagged, and low to the ground you'll swear that you overpaid when you were charged $6 admission to the park. Or if sport climbing is more your thing have a gander at "Slimy Crack". A 5.9 that answers the question, "What would it look like if you took the worst route in the world and smeared all the holds with Crisco?". If that doesn't quite satisfy you, take the 30 minute drive out to Reimers Ranch where you can climb well bolted routes with nice movement as you wonder whether the helmet you spent $70 on at the local REI will protect you in the not-without-precedent event of the entire wall collapsing.

Prefer trad? Check out Enchanted Rock, only 2.5 hours west. The only trad location west of the Mississippi that can definitively answer the question "Is trad better when you're being cooked alive?" Or maybe you're here for the deep water soloing? Well don't let the zebra mussels, brown water, drunk college students, or slime covered holds deter you. The lines at Maugham cove at Pace Bend park are (literally?) to die for! Steep, athletic, gymnastic, aesthetic, and the massive blocks lurking two feet below the surface remind you to commit to that dyno!If none of those options appeal to you then perhaps you'd prefer to check out the indoor bouldering at Austin Bouldering Project. Don't let the horde of drunk hipsters that have been trickling in from the neighboring "Austin East Cider's" fool you as they stand directly underneath you as you climb on your project. This gym may look like gumby central, and it might feature the softest V0-V6's in the free world, but thanks to the tried and true "circuit grading system" you still won't ever climb harder than "V7+" in this building. Or head on over to Crux Climbing Center for some rope climbing and finally achieve your goals of not getting pumped while you sport climb, as you run lap after glorious lap on the 25 foot tall walls.

Yes, Austin really does have it all!

I-35 runs directly through downtown Austin and is the best approach when coming in from the North and South. Expect Traffic at all hours and random drops in speed from 75mph to 10mph every few miles. North of Austin between Georgetown and Waco, I-35 is under construction, as it was for our fathers, and their fathers before them, and will remain under construction long after our bones have turned to dust. Expect Traffic.Highway 290 is the preferred approach from the West and East. Austin Bergstrom International Airport is less than 10 miles from McKinney Falls State Park, 20 minutes from the Barton Creek Greenbelt, and an hour from Reimers Ranch. 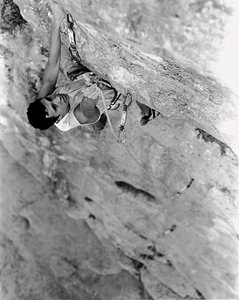 All Photos Within Austin Area