Around a dozen routes of varied popularity from 8 to 9 pitches.

The O.G. of routes here is the 1972 line opened by Alain Charbonnier and Jean Jacques Lainez.

The majority of the long routes are on the big west face. There’s an easier scramble route on the east aspect.

The climbing is on steepish limestone, sometimes solid, sometimes not so much. Great area with superb scenery.

Some routes may be sparse on fixed gear so supplemental gear may be prudent.

A couple ways to descend from the summit of Le Piéroux. Start with a steep, 30m rappel from the top of the summit block to the east (look for large cairns) and rappel the south aspect to a flat spot. From here, a trail leads down the gentle slopes to the south then back around to the car park. Or, descend the steeper and more exposed cairned trail initially to the west then down ramps and over the climbing sectors at the Gicons area. Traverse ledges to the south meeting up with the trail either to the base or back to the car park.

Allow 20 to 30 minutes for the approach. 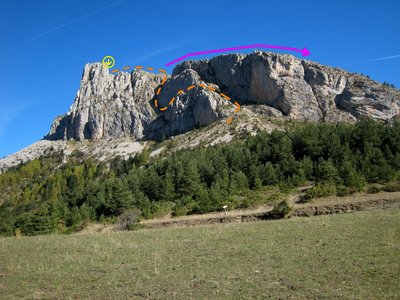 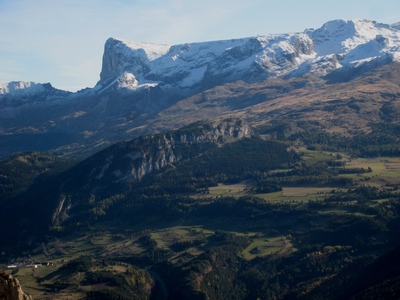 View of Pic du Bure from the summit of Le Piéroux 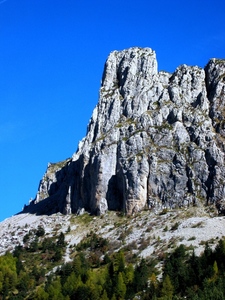 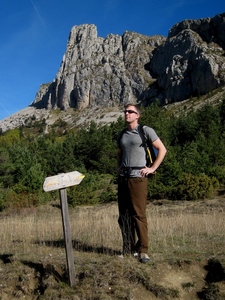 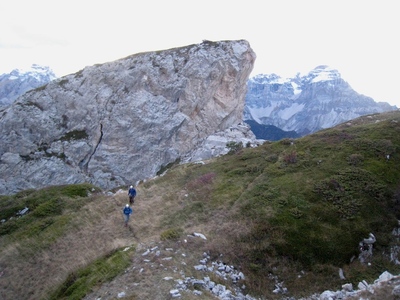 Single 30m rappel in the background for the des… 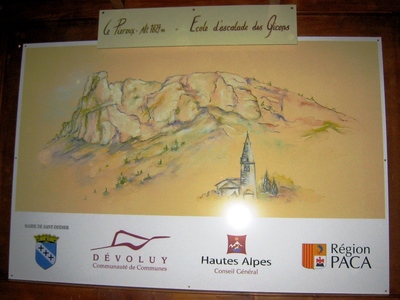 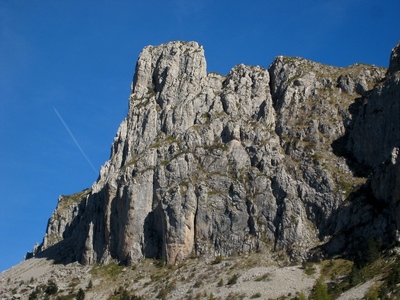 All Photos Within Le Piéroux