Routes in The Sextant

Climbing is ILLEGAL on the Navajo Nation including Ship Rock. According to the most recently published guide on Ship Rock ("Desert Rock", and "50 Classics.."), Ship Rock was placed off limits to climbing in 1967, but the ban was not enforced until 1970, following an accident.

It is probably legal to drive to the base. It is reportedly illegal to camp there. However widespread litter suggests that this is a popular "party spot" (which may be deterrent in of itself). It is illegal to collect or remove rocks on the Navajo Nation, without a permit.

This area is included on MP for historical purposes and to inform would-be suitors that climbing Ship Rock is illegal.

Access Issue: Climbing on the Navajo Nation is ILLEGAL. Details

This area is included on MP for historical purposes and to inform would-be suitors that climbing here is illegal.

Seen from the base, it's a gothic spire which tapers from a wide base oriented east-west, to a fantastical array of complex features; at the summit, the north-south aspect is a narrow sliver of sculpted rock. In some of the tuff-breccia sections, there are numerous protruding "chicken-heads," some more akin to dragon-heads, or snake-heads; additionally criss-crossing the formation are weathered dikes of an intrusive limestone-type rock which often are shaped like thick slabs of flagstone, all pretty-much oriented the same.

Per previous description, then taking road north on the east side of the mountain-- following a 5 minute hike, one reaches the base. 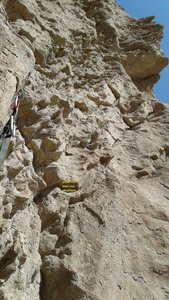 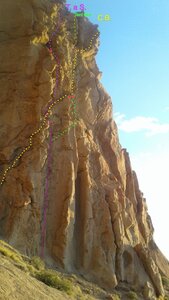 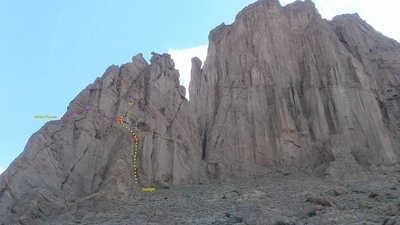 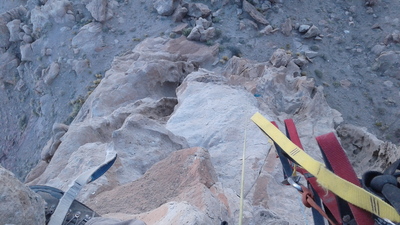 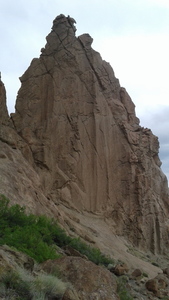 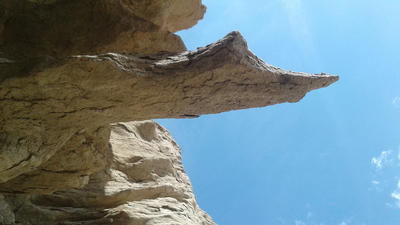 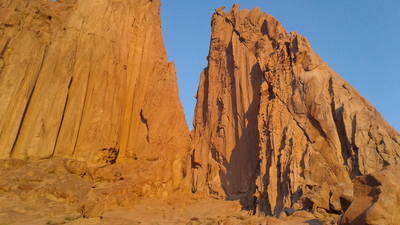 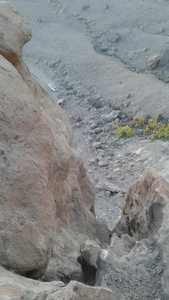 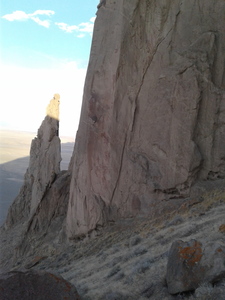 All Photos Within The Sextant


More About The Sextant