The original crag developed in this area in 2002, when four routes were bolted. 14 more routes were put up in 2016 by Wang Er and crew. WARNING: During the original development in 2002, there was an owl nest in the hole at the 7th bolt on Bloody Head, containing a very mad mother owl with sharp claws. Her attack on a climber resulted in the name of the climb. Uncertain whether still nesting here. Beware during nesting season, December-April. 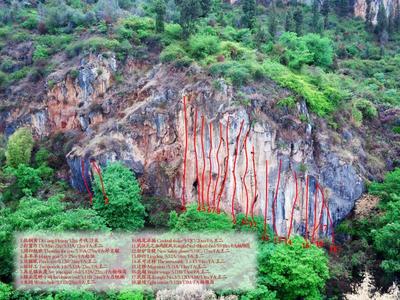