A small concentration of boulders in the middle of the the main area of Knob Hill. This section is dominated by and named after the largest ones on the south end. There used to be huge scrub oak trees, large enough to park under, on the south end that have since been cut down by thrashin campers for fires. Now the south end by the chimney is called Sunshine Camp and to the left of that, around the first rocks, is a small pullout with a cave at the back named Boy Scout Camp. Bring your own firewood and give any etxra water to the remaining trees before leaving.

Follow directions to the main area. From the power line road, Split Rock area is the the first bit of rocks on the left and is surrounded by thrashed in roads. 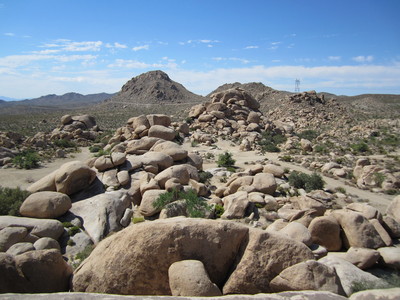 Looking north from the top of Split Rock. 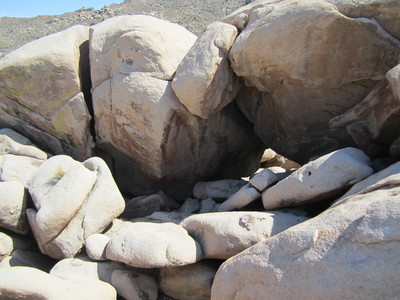 The north side of Split Rock. The cave is a nic… 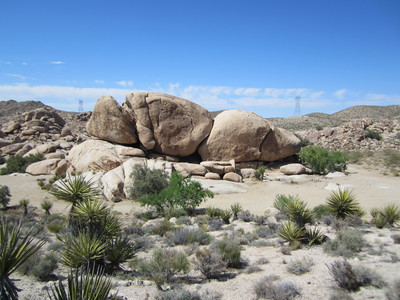 All Photos Within Split Rock