The Limski Kanal is a fiord-like 12 kilometer long sliver of sea with 5 sectors of climbing on the northern side starting near its terminus in the Lim Valley.

The climbing sectors have a mostly due south aspect making for good options on sunny, cold days. Krugi is rumored to have some morning shade for hot days while the balance of the crags doesn’t go into shade until early evening. Should be noted that while some of the aging hardware has been upgraded, some anchors and lead bolts are in need of replacement.

Plenty of local distractions with roadside vendors selling homemade rakija, fruit and honey, the touristic town of Rovinj (an excellent hang with plenty of lodging and restaurant options), nearby castle ruins, caves, old churches and museums.

Camping and climbing nearby in the Draga valley at Dvigrad along with a neat old castle ruin to explore.

The climbing on superb orange and gray limestone starts at the end of the canal at the Gravanik sector and extends on the north side to the west. From east to west the sectors are:

If coming from the east, take the Istrian motorway, E751, and exit towards Rovinj. Follow the 303 towards Rovinj to the town of Brajkovići and take a right (north) on the 75/21 towards Vrsar.

Once in sight of Limski Kanal, the Gravanik sector will appear above the road. If you hit the split in the road (75 to the left, 21 to the right) you’ve gone too far. 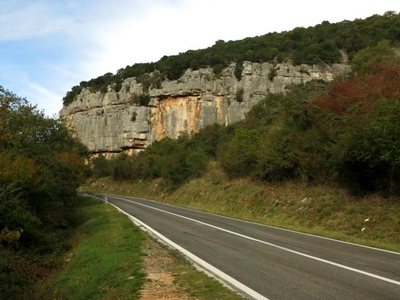 Rising above the road, the Gavranik sector is t… 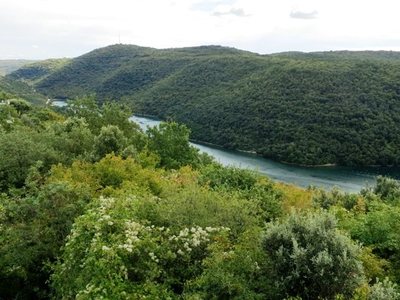 All Photos Within Limski Kanal