Snow Valley not only has a ski area, it also hosts a large number of boulder problems scattered either side of highway 18, 5 miles east of Running Springs. The majority of the boulders are short, but there are some nice taller problems such as those on Highball Boulder, or The Jalapeño Boulder.

All the areas are fairly close to each other when you pick your spot to park, making for a fun time wandering around and discovering new rock most within 2 minutes of your existing location.

The rock is fairly coarse, but that means good friction - at least when the rock isn't disintegrating! In general landings are flat so a couple of pads should be all that you need. On the taller problems there are often bolts on top for those who prefer a top rope.

There are hundreds of recorded problems, so there is plenty for those that want to explore. Some of the harder problems (V6+) have gotten dirty as the area as not been in favor for a number of years.

The area is used extensively in the winter months for sledding and general messing around in the snow, and you'll find trash here and there. Take a spare bag and pick some of it up, and everyone will be grateful.

The area is split into five main areas

Drive on the 18 from San Bernardino or 210 and 330 from Redlands. Once at Running Springs continue on the 18 east towards Big Bear Lake.

At the Keller Peak road take note of your milage. After 3.6 miles you will see a large pull-out on your left. Park here for Snow Valley West. 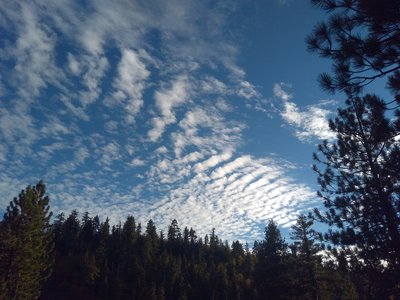 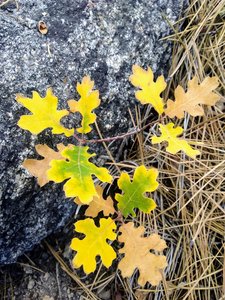 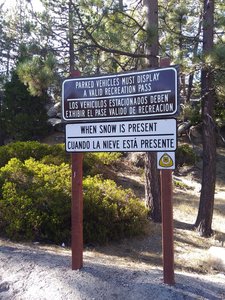 All Photos Within Snow Valley Bouldering