Scarry Wall (a.k.a. Hidden Wall, a.k.a. Gateway Wall) [Topo .pdf] consists of a handful of easy sport and trad slab routes. The rock quality is generally stable. A lot of route cleaning has been done, but caution should be exercised when accessing top anchors as to not drop loose rock on people below. This crag is perfect for the aspiring lead climber as it has several routes grade 5.9 and under, and it's well protected. The base of the climbing is flat, shaded by bushes, and makes a great place for kids and dogs to run around.

Don't be fooled by the crag's name, which is in honor of the children's book author Richard Scarry. Many of the route are named after his characters. This wall is anything but scary.

Abridged History (thanks to Bob Broilo): Most of these lines were done on natural pro in the 90's by climbers such as Andy Mayer or Talon Newton, and more recently, Victor Alvidrez and Bob Broilo. On one of them (named "Sangre de Andy" for the blood stain that marked the bottom for years) Andy Mayer almost died when a hold broke sending him crashing 40' feet down the rock, stopping 6-8 feet from the ground! Andy returned later to send the line. Some of these routes have also been bouldered (boldly) or soloed. Since the specifics of much of this history has been lost, the FAs are listed as those who established permanent anchors on the routes with full recognition that all of these lines have been done many times before.

The initial development involved three bolted sport lines installed on the far right side of the crag, established by Scott Roberts, Bob Broilo, Katie Sauer, and Jason Hebert. John Laing and Dan Turner bolted several more in the spring of 2015, followed by a handful of additions by Vaino Kodas and doni. Six more routes were added in various spots among the crag by Lin Robinson, John Laing and Dan Turner in the Winter of 2017.

There is a V3+ traverse called Sangre de Lizard that traverses all the major rock outcrops. Bring water and comfy shoes... 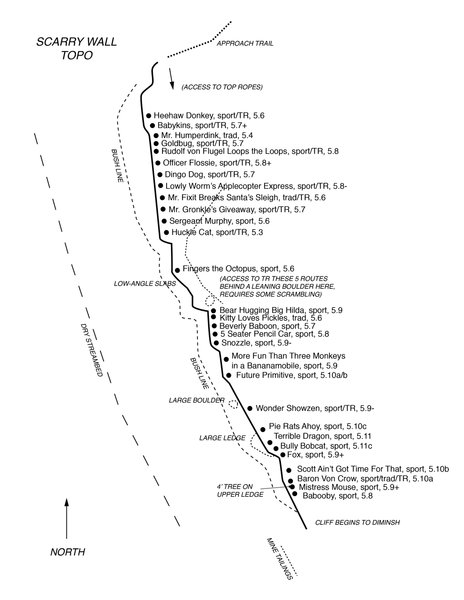 Routes as viewed from above

The trail to Scarry Wall begins across from Major Wall on the other side of the dirt road, where the road forks. Park along the side of the road at the fork and head in the opposite direction as Major Wall. The hike takes about 10 minutes and is marked by cairns.

(March 2018) There's a fork in the trail to Scarry Wall about half way to the wall, just before the crest of the gradual rise. Take the right branch to get to Scarry Wall. The left branch eventually intersects the trail that leads to Alf Rig. 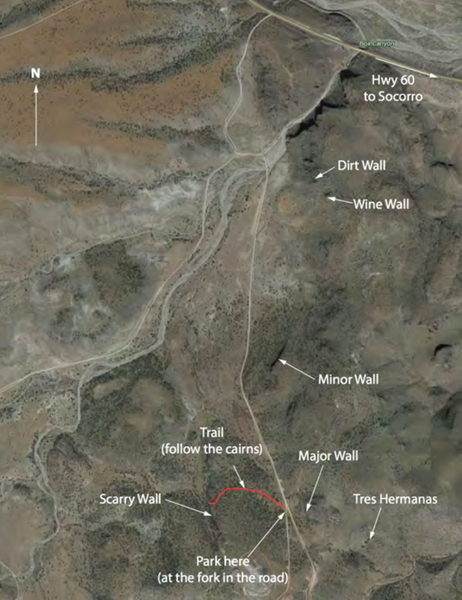 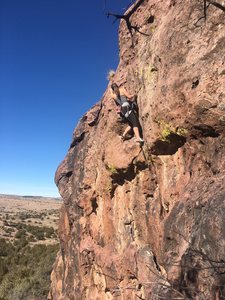 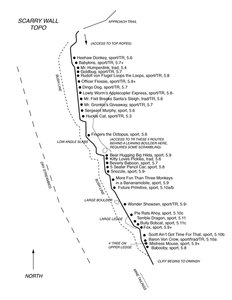 Routes as viewed from above 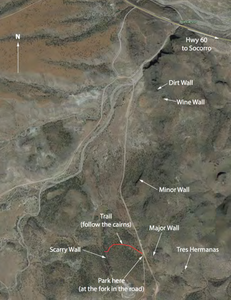 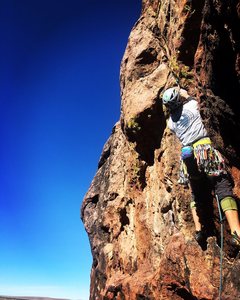 Some of the best easy and moderate climbing (bo… 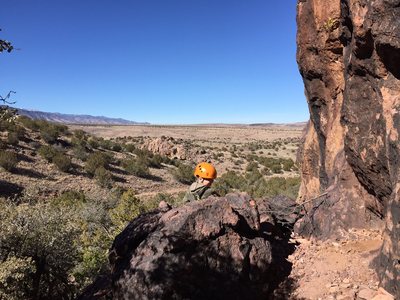 Peaceful setting away from the crowds at Socorro 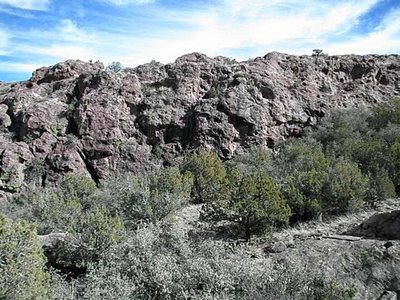 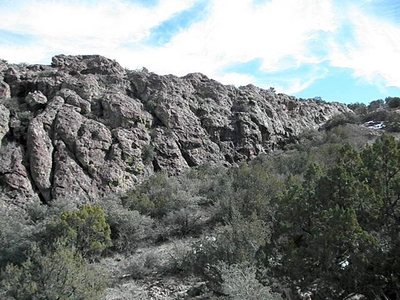 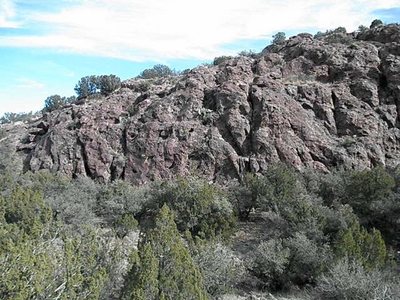 All Photos Within Scarry Wall