According to the Athens Climbing Guidebook:

"Rock climbing in Athens, Greece has been acknowledged as some of the best in the country, similar to Kalymnos but more variable due to the presence of the ancient marble quarries. The guide presents the amazing opportunities for limestone tufa and marble rock climbing in the capital of Greece, a long kept secret that is finally out!

Limestone dominates the Athenian geological map. It comes in a surprising variety of shapes and colors, and can create climbing wonders ranging from sheer desperate slabs to highly featured, tufa infested walls. Coloring does not fall short in variety, stretching from spotless uniform greys to funky iron oxide reds and orange-blue tufa abstracts.

Tufa Wrestling
Tufa climbing that made Kalymnos famous worldwide has a strong presence in Athens. In fact the citys best sport climbing crags can certainly rival those of Kalymnos in tufa climbing goodness. Undisputed king among the tufa kingdoms of Athens is the lost world of Mavrosouvala, a totally otherworldly place in the middle of nowhere. The craziest about this majestic stalactite forest is that very few Athenians actually know about its existence.

Marvelous Marble
Tufas might be the hype of the era but the true uniqueness of Athens climbing certainly lies on its 2000+ year old man-made marble quarries where the ancient extraction scars are still visible. Apart from its antiquity, marble climbing is very unique in its climbing kinesiology, forming an exceptional mental and physical challenge.

Seaside Climbing and Deep Water Solo
Jumping into a deep blue sea after a tough summer climbing day is hard to beat. Although seaside climbing is limited in Athens, the seaside crags of Kakia Thalassa and Daskaleio are known for their long and beautiful routes.

Winter Climbing
Winters in Athens are generally mild and climbing is possible throughout the year. Rains do not last long and it is not unusual to spend Christmas day climbing on a t-shirt.

Elites and Beginners' Playground
Despite its hardcore reputation, Athens has moved forward into being into a climbing destination for all tastes and skills. Many new crags boast a variety for easy routes for beginner climbers."

The guidebook can be purchased at: athensclimbing.com/buyonlin…

Most crags are accessible by car within 30 minutes-2 hours of the city center. The Filopappou area is actually located in the city center, south of the Acropolis on Filapappos HIll. 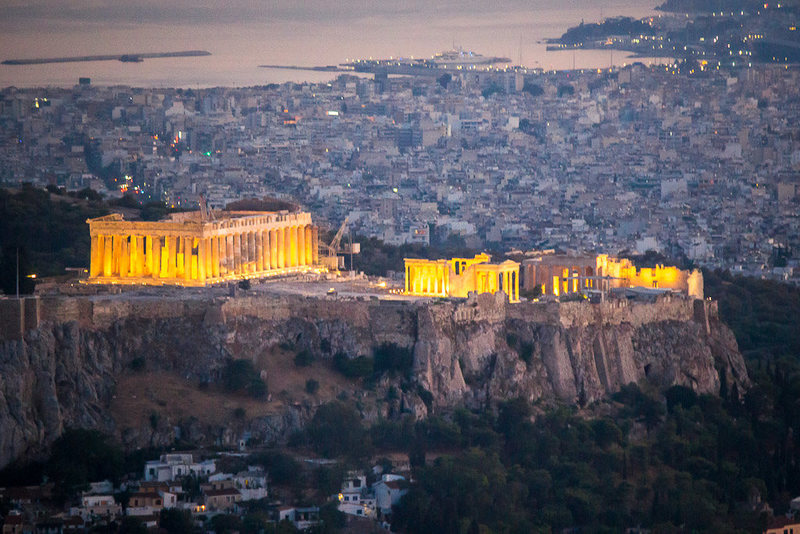