This climbing area is intertwined with monasteries and pagodas. It is critical for climbing in Myanmar to maintain these relationships through respectful conduct with the monks and the surrounding areas. Please be modest, respectful, friendly, and responsive to the wishes of the monks and local people. Do not climb on religious monuments, and remove shoes when crossing over established pagoda areas.

DESCRIPTION:
Bayin Nyi is a Buddhist temple site built next to and on a karst formation and cave that pays homage to Buddhism in conjunction with Nats. en.wikipedia.org/wiki/Nat_(spirit). The climbing is outside of the temple complex. If you are looking at the temple from the parking lot, the climbing is left of the temple. When standing in the parking lot, there is a small concrete road 50 yards left of the main entrance. Take this until you seem some boulders near some temple buildings. There is a small road that trends left from here and circles the entire mountain. You will soon pass some small hot springs on your left, and you will reach Karaweik Wall on the right hand side of the path (the karaweik is the giant chicken boat that you will see). During rainy season (June through late September) Bayin Nyi floods and turns the karst mountain into an island. The main wall (Karaweik) floods but Natyaykan, Alamo Wall, and The Rabbit Hole all stay above water. You can get there by asking one of the boatmen to take you to Nat Yay Kan Goh (Spirit Lake Cave), they will drop you off on the shore, and you can tell them when to pick you up. Round trip the boatmen charge 1000 kyat.

Because of the annual drop off in climbing traffic for months at a time during rainy season, be prepared for dirty climbs if you're coming right after the crag dries out (October). Best to bring a big brush at that time of year.

It is very important to respect the norms of the monastery while climbing at Bayin Nyi, show over-the-top respect to the monks. Monks are revered, almost deified, in Myanmar. Smile, wave, say hello and comply with any requests. Make sure to remove shoes before approaching any pagodas or monastery areas. This includes the small pagoda that is halfway through the cave on the way to Alamo Wall. Additionally, don't drink alcohol at the crag or near the monastery. Women are expected to dress more modestly than men, especially relevant for lounging in the hot springs. If you really want to contribute to maintaining the relationships with the monks, feel free to donate food parcels or money to the monastery.

Mosquitoes can be abundant during certain times of the year, bringing mosquito spray or lotion helps, but the mosquito coils are much more effective.

Food and Water can be bought in the parking lot tea shops at all times of the year except rainy season when the shops get flooded out annually.

GEAR:
Fixed Gear is discouraged mainly because of the visual impact and because during the process of bolting we found several of our draws and biners going missing. We finally asked at the monastery and they returned a treasure trove of long lost gear that the young novice monks had managed to remove from the wall. How little monk novices managed to remove biners from the crux of a 5.12, I have no idea, but most likely better to not leave gear on the wall.

CRAG ORGANIZATION:
The West Facing Crags (morning shade until about 12:00):
Karaweik (the main wall with a good variety of difficulty)
Big Fish (the overhanging wall on the right end of Karaweik, a few overhanging climbs)
Nat Yay Kan Area (a smattering of climbs near the cave entrance with varying degrees of quality and difficulty)

18 km outside of Hpa-An. (1) Rent a motorbike for 6,000 to 10,000 kyats per day. (2) Your guesthouse can arrange transportation (truck or car). (3) You can take the local trucks that transport people around. The truck that goes to Bayin Nyi is parked north of the mosque near Soe Brothers 1, somewhere around here: google.com/maps?q=16.892004…;hl=en-US&gl=us&shorturl=1 There is always a truck there, and they wait until they have enough passengers to leave. The main destination of the truck is the neighboring town of Thaton, but tell them that you are going to Bayin Nyi Goh and they will drop you off on the main road outside the monastery. The truck costs 1000 kyats per person and takes about 45 minutes to get there. If you go to Bayin Nyi using public transportation, you can get back to Hpa-An by hitchhiking or catching public transportation at the restaurant opposite the monastery entrance on the main road here: google.com/maps?q=16.961819…;hl=en-US&gl=us&shorturl=1 . I've never had to wait more than 20 minutes for a ride back to Hpa-An, and I've done the drive back about 20 times. 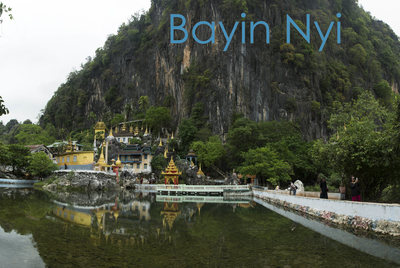 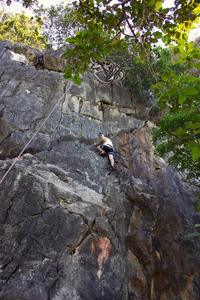 All Photos Within Bayin Nyi