The Hand of Puttima Rock Climbing

Routes in The Hand of Puttima

A bit further from (west of) the VOG Loop Road than its neighbor, The Putterman Residence, this butte presents a nice profile from most vantages. It is steep on all aspects, and while it holds a couple of routes, it lacks any obvious weakness to the top. Both existing routes lie on the north face, making this a nice warm weather venue.

The FA of the Hand was on March 7, 1999, by Cameron Burns and Benny Bach, via a crack system splitting the center of the north face they dubbed, "Just an Old Fashioned Putt Song". It required some nailing to surmount the overhanging loose band off of the ground, and some mixed free and clean aid on both pitches. They graded it 5.9, C1, A1 (for the start). It looks worthy and may go free, although the start looks problematic and there will be some steep, wide crack to be negotiated.

The other route is a nice two-pitch free line up a crack/corner system further right (west) on the north face. The 1st pitch of the NW Face was climbed on the 2nd ascent of the Hand (2013), with that party continuing up the 2nd pitch of "Putt Song". In 2015, we added a direct finish to the NW Face, for probably the 3rd overall and FFA of the Hand.

There is a summit register near the top anchors. It was moved to the top by the 2nd ascent party, as the FA party accidentally left it atop pitch one.

We hiked west from the road along the flats and up an obvious talus slope to the base of the Putterman Residence near the right (west) end of its north face. From there, a pleasant land bridge leads west to the base of the Hand of Puttima (watch for crypto, it's as prevalent here as anywhere I've seen in the VOG). Contour around the base of the north face to the routes. This takes about 30-40 minutes from the car.

You can also approach the west end of the north face more directly. Stay in the valley until you're below it, and simply bust up the steep, loose talus cone to the base. This will involve navigating a few short choss bands. 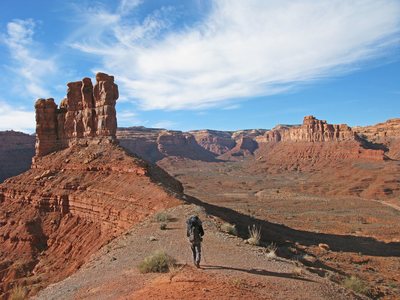 Emily on the land bridge connecting the Putterm… 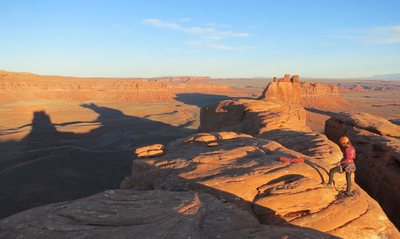 Long shadows on the summit of the Hand. 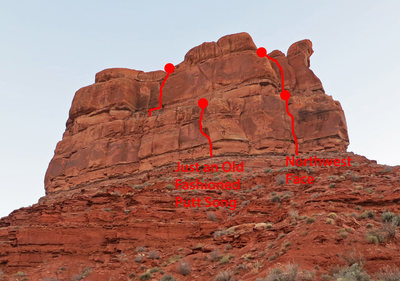 An overview of the north face with the two exis… 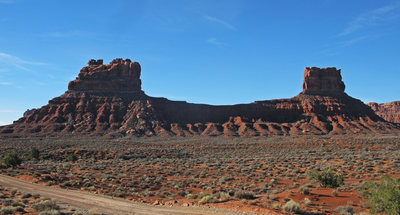 The Putterman Residence is on the left, and the…

All Photos Within The Hand of Puttima


More About The Hand of Puttima