The Central & Southern VA Region covers climbing in and around Charlottesville, Lynchburg, and Richmond.

Richmond climbing includes Belle Isle, Browns Island, the Buttermilks, the Cove, Forest Hill Park, Lewis Larus Park, Pony Pasture, and Manchester Wall. (These subareas should probably be grouped under a Richmond Area heading.) The Richmond climbing lies just opposite of downtown, on the south side of the James River and on Belle Isle. Whatever way you choose to experience climbing, Richmond has you covered. Bouldering, TR, sport, and you can even place gear. Most of the climbing is on natural rock formations aside from Manchester Wall, the bridge buttress and pillars that remain of the old Manchester bridge.

Charlottesville climbing is properly contained under its own heading.

If you are looking for some good bouldering, checkout The Forest. It is located on Blue Ridge Parkway and has Virginia's largest concentration of greenstone boulders with some classic hard climbs and plenty of lower grade routes.

Lynchburg Area climbing could roughly include the following areas. The Trestles are outside of Lynchburg, near Goode. This area may be currently closed. The Love Nest is in Nelson County, near Massies Mill.

Each area can be accessed by way of Riverside Drive that runs East-West along the south side of the James River. Belle Isle can also be reached from the North side by parking in the Tredegar parking area. 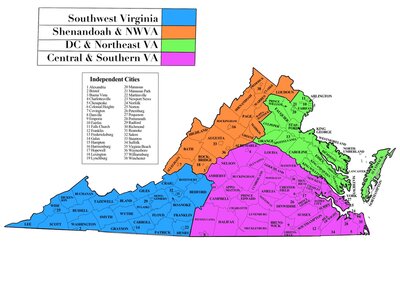 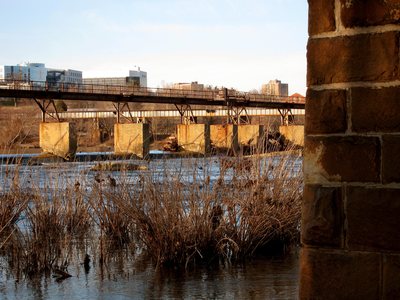 View of the James River from the Manchester Wal…