The highest ridge top in The Refuge, Raptor Ridge is also one of the most recent to be developed. It overlooks the entire valley and provides captivating views in all directions. The Roost Area is north facing and is a cool place to climb even when the rest of The Refuge is warming up. The west and south faces of Talon's Grip Area and Penguinland Area get good afternoon sun. Because of the ridge crest location there are often higher winds up here, but it also gets the last sun to shine across The Refuge.

This area was pioneered by David Sampson's vision to tackle the biggest overhang that we'd seen in Lower Devils. Friends helped and the route was explored, which also opened up the area. His vision for the route, which remains a project, galvanized forces and soon Arjun Heimsath joined with other route development that spread over the next couple years to span the entire ridge. As of March 2014 there are 31 routes that are mainly traditional, but offer a range of sport routes as well. Many friends and climbing partners have explored this Ridge over the various trips out there and it is with pleasure that we are now posting the routes that we have put in here.

Here's a sketch map of the routes drawn with a photo of the area and a few routes mapped in to help locate. Individual areas will have more detailed maps and each route will have photos showing the routes in detail at some point down the road. 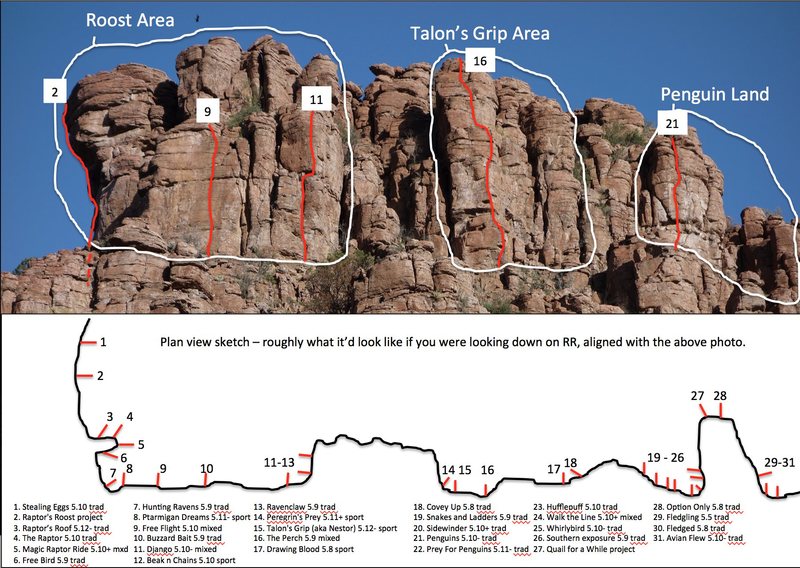 See overview map for main view of The Refuge. The zoom in that is in the current PDF guide shows where Raptor Ridge is and is posted here as an imagine. RR equals Raptor Ridge. From the parking area for Dog Town head up the opposite slope to the prominent set of cliffs on the ridge. 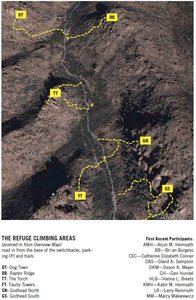 The zoom in from the overview map. RR is Raptor… 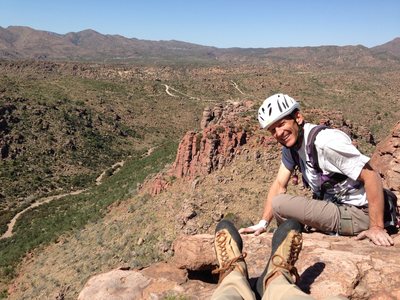 DAS and the view north from the top of RR. Wow,… 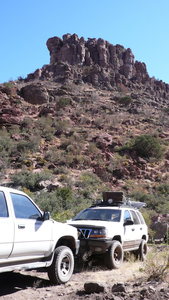 The long view up, camp spot in the foreground. 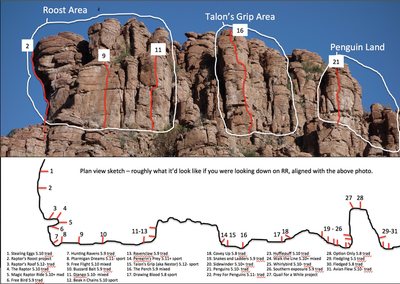 Photo of Raptor Ridge with the areas outlined.… 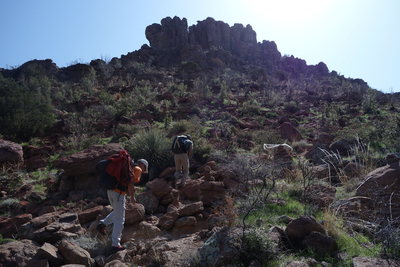 Hiking on up there. It is the "longest" approac… 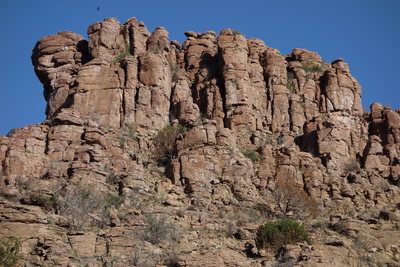 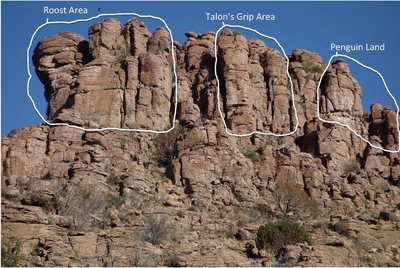 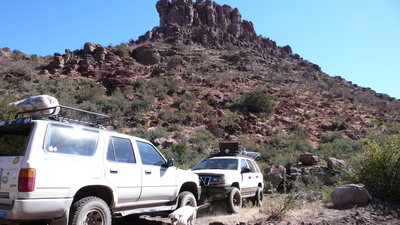 One of our early development weekends. Note the…

All Photos Within Raptor Ridge