Access Issue: Don't park to close to the train tracks and don't walk the tracks to the rock. Details

Stay off the train tracks and use the trail. Do not park your car any closer than 6 feet to the railroad tracks.  This parking lot belongs to CSX and creating a hazard here could close this access point.

Park in the large gravel parking lot across from the Woodstock Inn.

There is a new access trail the begins at the end of the parking lot. Do not walk along the train tracks.

Forty foot tall and covered with many jug filled overhangs, the majority of the climbs start at the 5.8 level. The cave on the left side offers the longest roof problems in the Patapsco extending up to 24 feet long. Woodstock rock attracts both top-rope climbers and boulders and offers a few good leadable climbs for the experienced trad climber. The rock faces north and seldom sees the sun making for an ideal late spring to early fall destination. One draw back is after a long soaking rain the rock face will stay wet for about 2 days as water seeps out the numerous cracks systems.

Due to the extensively established climbs and many undocumented variations there is no room to add new bolt lines nor are there are not any bolted climbs on the crag. The local climbing heritage is quite adamant toward having a low impact on our limited climbing areas.

Guidebooks
Climb Maryland by Mark Indy Kochte is the most comprehensive resource for Woodstock rock.

For top systems anchors
you'll need up to 50 foot long systems to reach the many large trees at the top of the rock.

History
Climbing started at Woodstock some where around the late 60's and here is a list of the original routes and names that are known Do or Die, Gratefully Dead, Bloody Bucket, The Wimpy Whiner Way, and Mother F. This group of climbers included Howard Kornblum, Joe McManus, Rob Savoye, Scott Mculrg, Ed Bollack and likely a few more. In 1990 John Kelbel started climbing at Woodstock and worked on cleaning the rock off and adding more routes. In The following years Woodstock saw just occasional visit and it wasnt until 2010 that its popularity in both top-roping and bouldering took an impressive jump seeing almost weekly visits.

Located on the Howard county and Baltimore county line where Woodstock Rd turns into Old Court Rd, there is a gravel parking lot owned by CSX opposite the Woodstock Inn at address 1415 Woodstock Road, Woodstock, MD 21163.
A word about the bar, it tends to cater to motorcyclists and horse back riders. No kidding there's even a hitching post in the gravel parking lot which sees use particularly on weekends, so it's advisable NOT to park in front of it or right beside it.
From the back of the parking lot follow the railroad tracks for 30 feet and you will see an established trail on the left.  This trail leads directly to the base of the Rock in 800 feet. 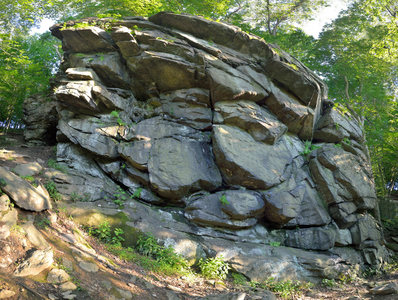 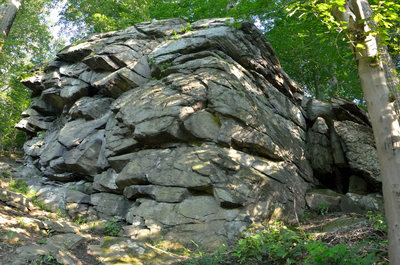 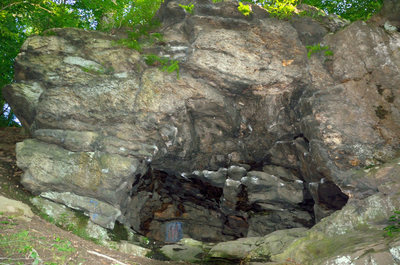 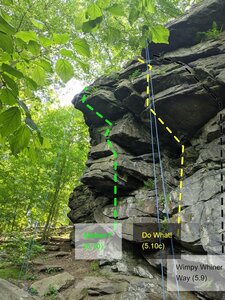 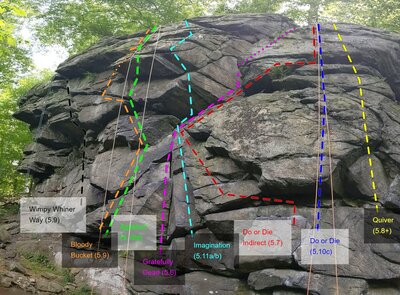 All Photos Within Woodstock Rock