Nice sport and crack routes on stone that is a little different than Gauntlet. Stays shady longer into the morning except for Fresh Start

Where the arroyo meets the rim, look for a trail going left about 100 yards. "Fresh Start" is the easiest route to identify but you won't see it until after you've gone a bit beyond it. So keep looking over and behind where foot traffic fades away. Possible to rap/TR Fresh Start, but easier to rap from the dedicated anchor on the ledge above Funemployment. Be very careful climbing down to this ledge! Also possible to scramble down one of the nearest crevasses but slippery when there's snow/ice down there. 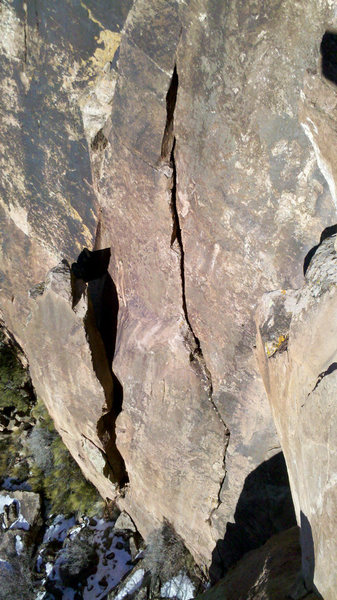 [Hide Photo] Get your jam on