Central Arizona is a rugged, barren, arid, and inhospitable landscape. When most people think of central Arizona, they think of the sprawling metropolis of Phoenix and the emblematic Saguaro. People also think of the searing temperatures, piss-warm backyard pools, and the heinous back sweat of every insignificant car ride. Nevertheless, hidden away are back country gems - lush, water-filled canyons, shady forests, and hundreds of miles of pristine, bountiful cliff lines. To the intrepid adventurer: There is no lack of opportunity here.

The Central Arizona area encompasses the low desert of Arizona, which heats up like an oven during the summer, and several national forests  Prescott, Tonto, and Apache  whose cliff faces are climbable on even the most sweltering summer days. Within this central portion of the state, there are three main hotspots: the Prescott area, the Payson area, and the Phoenix area, each with its own distinct flavor.

The Prescott areas include the picturesque lakeside cliffs of Watson Dells Lake and the historic and towering granite cliffs of Granite Mountain. If smaller rocks strike your fancy, then thousands of erratically strewn granite boulders litter the forests and hills, awaiting your enjoyment. Climbing in and around Prescott is possible almost year round.

The Payson area also offers its share of quality climbs. Isolation Canyon hosts an incredible concentration of classics, and the East Verde and the Anchas are otherworldly oases that provide a perfect breather from the summertime roast of the Phoenix Valley.

And lastly there is the Phoenix area. There are several crags within city limits. Pinnacle Peak and the McDowell Mountains are great winter traditional climbing destinations that make for highly enjoyable day trips. East of the city are the Superstition Mountains, the contested Queen Creek Canyon, and an indescribable amount of other backcountry diamonds. Enduring classics hide in these mountains and offer all the finger-shredding fun you could want. Many of these areas are also climbable most days of the year. While central Arizona is not a world-class climbing destination, world-class climbs are abundant, making central Arizona the perfect prospect for those seeking to stake their vertical claim. Come get yours!

Most of the central Arizona areas are within a two and half hour radius of Phoenix. Standard cars can access many areas, but many require full-blown four-wheel drive, high clearance, and a willingness to succumb to the Arizona pinstripe. 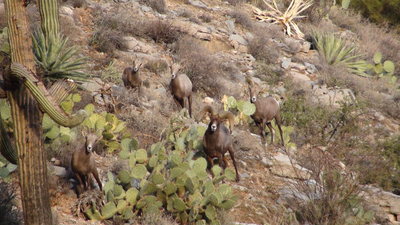 What are you looking at!? Photo taken by Luc… 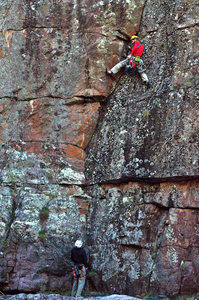 Exploring new areas is one good reason to climb… 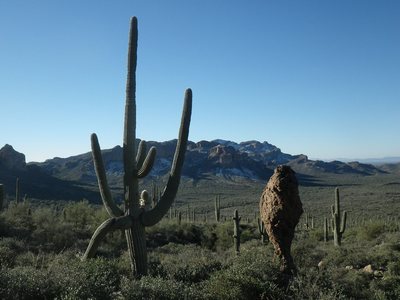 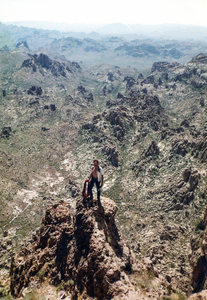 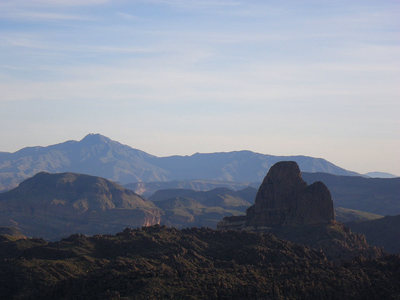 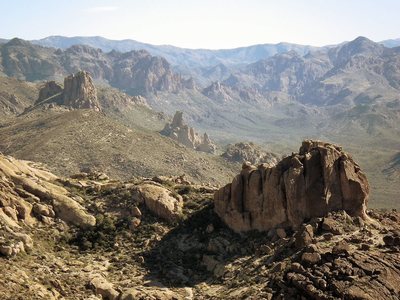 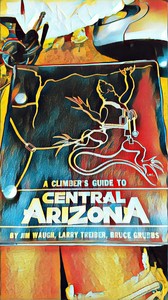 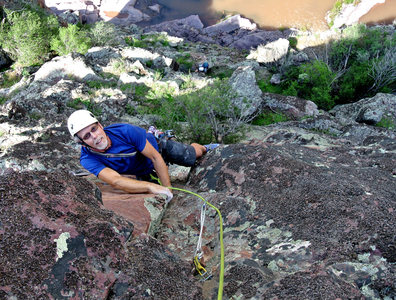 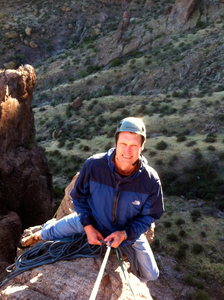 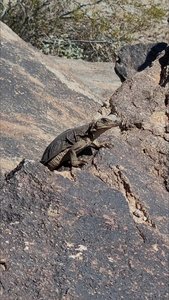 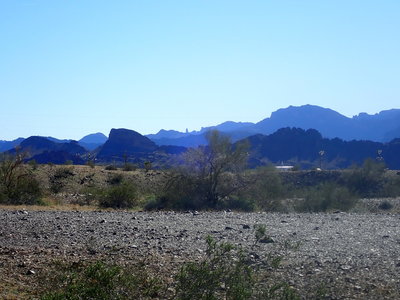 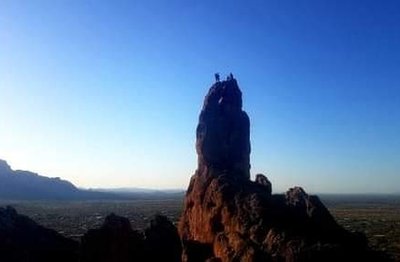 All Photos Within Central Arizona