Routes in The Northeastern Crags

To the right of the Main Wall of Green's is a series of crags designated The Northeastern Crags, mostly in a line running north and facing east. These are only partially explored so far, but recent development has uncovered a bunch of quality routes in a very beautiful setting. They overlook the wonderful Sawyer Ponds Scenic Area basin, with great views across the ponds to the cliffs of Mt. Tremont and Owls, and looking more SE you can see all the way to Mt. Chocorua, and north to Mt. Washington. 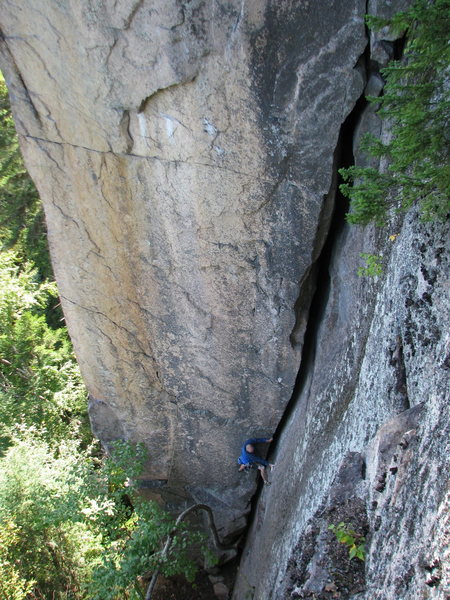 Todd Shaffer low on the Jolly Green Giant
These cliffs are quite featured compared to the Main Wall, with many good looking crack lines that rank right up with some of the best one and two pitch cracks in the state, mostly fingers and hands, but also including a few chimneys like the not to be missed Squeeze Box 5.8. There is also the fantastic mixed gear protected arete Bigfoot Was Here 12b. Most of the cliffs are one or two pitches tall, though sometimes a 3rd or 4th pitch is set back above. Angles are a little off vertical, over and under. There are a few outlying slabs that may be worthy, judging from a cursory look.

This is a great spot to enjoy Greens in the summer, when you can get baked off the south facing Main Wall, as the morning sun turns to shade early in the day. It is also the closest, with the approach being a moderate hike just under an hour. The same shade can make late Fall's short days feel especially cold once the sun is off.

The earliest established route that I have been able to confirm to date is Ward and Paula Smith's Premarital Blisters, put up in 1994.
It wasn't until 2013 that a more sustained effort of new route exploration began, after a quicker way in was discovered. There is quite a lot of rock out in this area, with some cliffs not even touched yet (2014), so there will likely be lots more routes to come.

The middle part of this area (shown here mountainproject.com/v/10727… ), which probably has the most potential, is composed of two tiers of cliff band, split by a landmark giant loose basalt gully. The top of the gully is overhanging, but the lower portion is low angled enough to allow access between the bands.

Be aware, if you climb over here, that these crags lie within the Sawyer Ponds Scenic Area, so have somewhat more restrictive rules, including no camping below the ridge towards the pond. Be especially aware to be low impact visually and noise wise. You are basically in an amphitheater for anyone down at the ponds and it is a pretty magical spot. This is a place to go light in impact, by just going for the very best lines and leaving the rest be IMO.

If the gate is open, the most direct way is from the north via Sawyer River Rd. Drive the 4 miles all the way in and park at the large clearing on the right. Hike up the road a minute, past the gate, and cross the big footbridge on your left. Continue on the trail like you were going to Sawyer Pond, but just before crossing the second bridge (not counting the little boardwalk right after the first) leave the trail on your right, walking parallel to the stream bank ~100 feet, then bushwhack south, heading up the hill to the ridgeline. (Be careful not to beat out an obvious trail when first leaving the bridge so as not to draw up some of the yahoos who hike into the pond, who will end up leaving shit paper and otherwise trashing the area) Once in a few hundred feet you should be able to pick up the way climbers have been walking in. Eventually you will reach a junction where there is often a cairn with a little prayer flag around it on top of a boulder. Take a left (right goes directly up the ridge to the Main Wall) over a little rise and into a notch just south of the Knoll where you can drop in and traverse under the cliff line south to the area recognized by the landmark sharp arete of Bigfoot (1 hr, 1.4 miles) It is another 5 min further to the Premarital Wall, crossing the mouth of the the big green gully on the way. The Beanstalk Wall is the band directly above the Premarital Wall. To get to it start up the gully a little then angle out of it to the left above the PM Wall and up. The cliffs are a little complicated, so it will take some exploring to learn the terrain, especially if trying to find the tops for new route cleaning. See the directions in the main Green's section for a little more information.

If you took the ridge route and are are already at the Main Cliff - Head back the way you came, down below the fire ring, down and back up through the boulders to the little plateau, then just as the trail resumes heading up look for some flagging or cairns running downhill to your right. They lead down to a ravine that turns into a little 3rd class slot dropping you at the base of Encour du Bottom Feeder. Another couple minutes along the trail brings you to the left side of the Beanstalk Wall.

To continue to the lower tier, traverse under the Beanstalk Wall until you get to the obvious two pitch Y crack (Squeeze Box), where you head out from the cliff and down, cutting into the lower part of the green gully that separates the Premarital Wall on your right and the Bigfoot area to the left (looking downhill).

It is about 15 minutes to get from the Main Wall over and scramble down to the upper tier, another 5 down to Bigfoot.

Mountain Project's determination of the classic, most popular, highest rated climbing routes in this area.
More Classic Climbs in The Northeastern Crags » 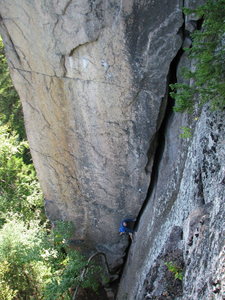 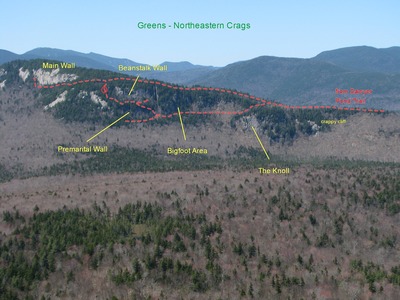 An overview of the Northeastern crags. 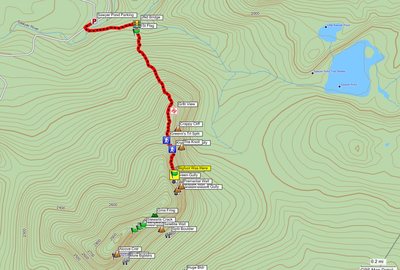 Sawyer Pond Approach to The NE Crags of Green's 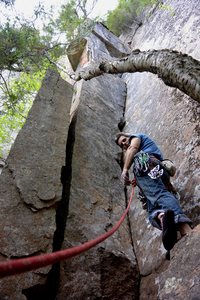 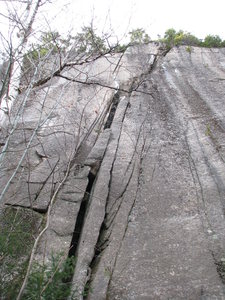 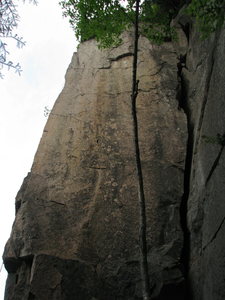 all buffed up..Bigfoot Was Here(the arete) and… 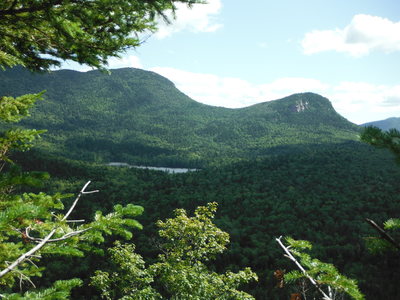 Here's the view from one pitch up on the northe… 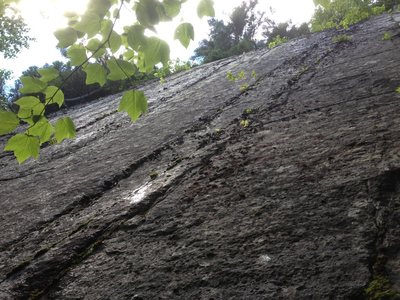 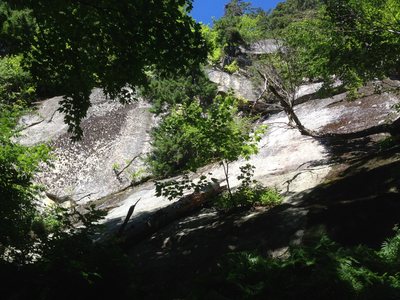 This is a smaller wall further NE than the prem… 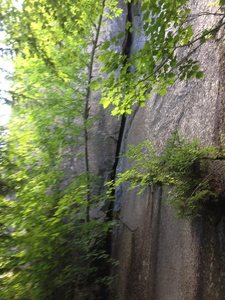 A better look at the offwidth/chimney Mark ment… 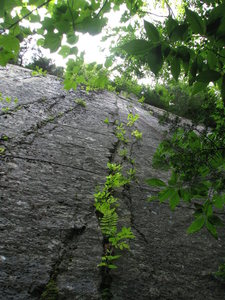 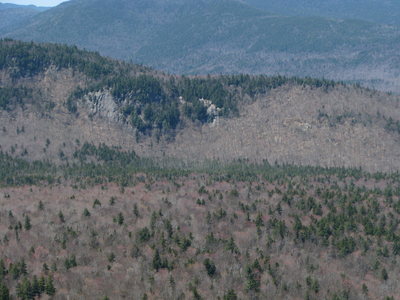 The right-hand most of the Northeastern crags,…

All Photos Within The Northeastern Crags


More About The Northeastern Crags