Major Features: This area is really a collection of smaller areas, with routes mostly 5.6 and above (except for Red's Ruin, which - trust me on this - you really don't want to climb). Don't miss: Raunchy, V-3, Cakewalk, Never Never Land, Absurdland, Wisecrack, Middle Earth, Sente, or Thin Slabs / Thin Slabs Direct. In addition, you can use one of several routes to get to the GT ledge at Middle Earth, then stay up there and climb several neighboring third pitches while enjoying the view.

We start this area at the Mantle Block: a 50-foot tall block leaning against the main cliff, with a 4' roof across its front face, home to the routes Dis Mantel and Dat Mantel, which must be pronounced, even in your head, with a German accent, even though you don't absolutely have to mantle them on ascent.

The northern extent of this area is marked by the "height of land" as the trail rises just after the Sente / Thin Slabs area; past Snake, just past the height of land, you'll find the Arrow wall and area.

Approach: For routes between the Mantle block and Cakewalk or so, use the 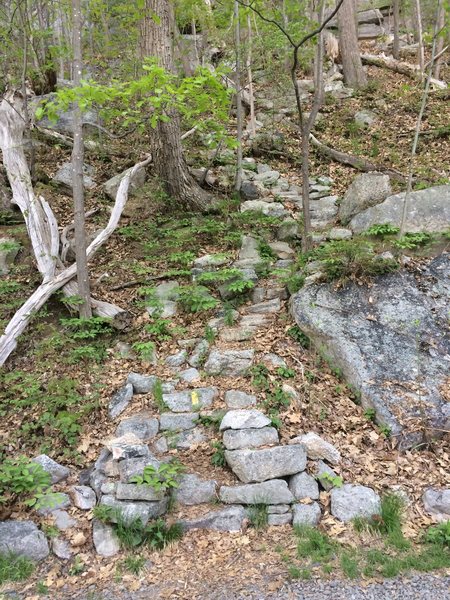 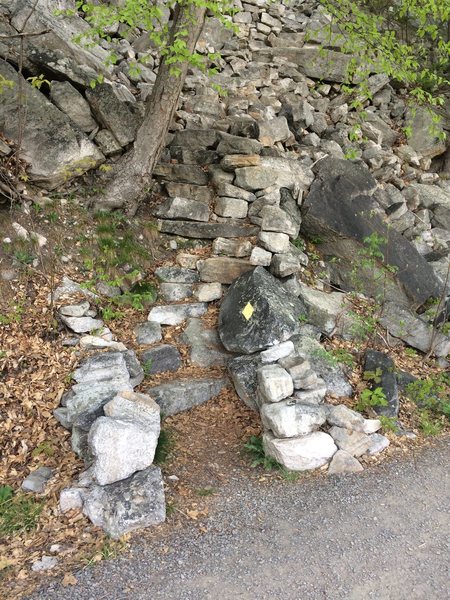 Descent: Descend from the cliff top is possible for routes near Middle Earth via 3 single-rope rappels from bolt anchors. The clifftop anchor is next to the pine tree at the top of Middle Earth. And please be careful of climbers below - it's a very popular area.
V-3 has a pair of bolts above its first pitch, as do Cakewalk and Never Never Land.
From the top of Thin Slabs, heading north to the Arrow bolted rappel line is also a close-by option, and an easier way to avoid ascending parties. 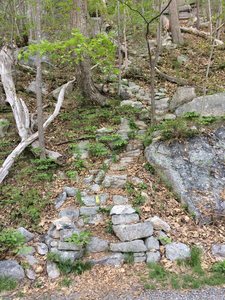 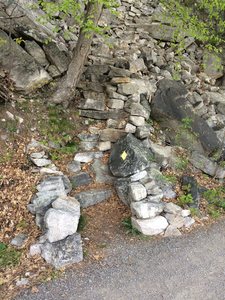 Thin Slabs approach trail. The next trail is… 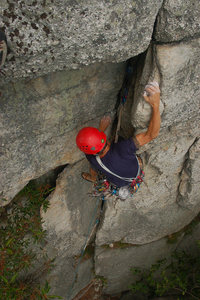 Josh Byford in the midst of the Wisecrack crux. 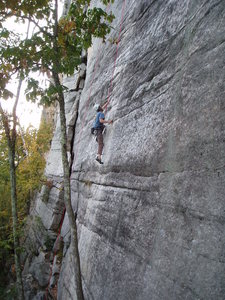 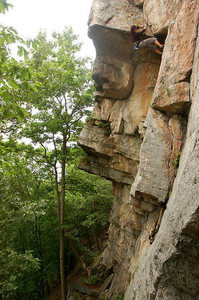 Tricia at the Balrog crux. 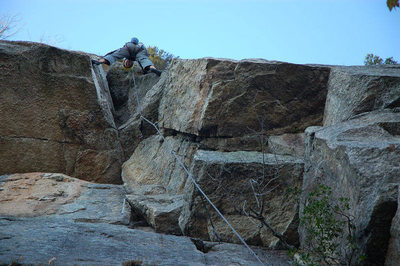 Tricia Fusco in the V-3 notch. 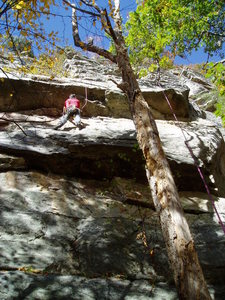 Rich Goldstone on the Mantle block, between the… 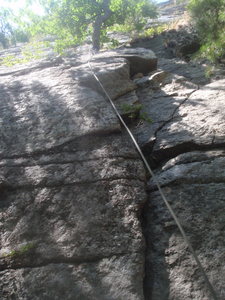 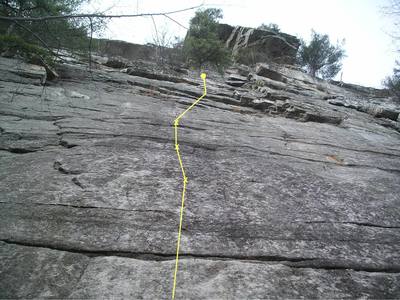 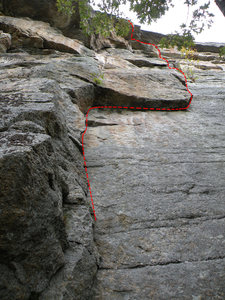 Dry Heaves: A great traverse, just a little to… 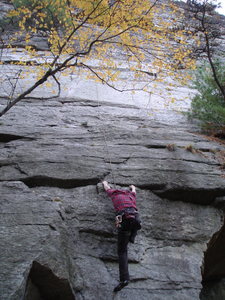 All Photos Within V3 - Middle Earth