Major Features: This area features the largest collection of easy multi-pitch routes: Beginner's Delight, Minty, Hawk, Madame Grunnebaum's Wulst, and Northern Pillar, among others. For that reason, you'll often find local guides busy at work around here, especially at the short wall near the base of Finger Locks or Cedar Box.

This area starts with the huge, right-facing orange corner of Asphodel, and continues past Beginner's Delight, Snooky's Return, Minty, Hawk, and the area's centerpiece route, Madame Grunnebaum's Wulst, which aims right up the middle of the massive orange buttress. To the right, the area includes the routes just before, and in the alcove to the left of, the Mantle Block, a large block leaning against the cliff with a 4' roof extending across it.

Approach: Asphodel and neighboring routes can also be reached by the 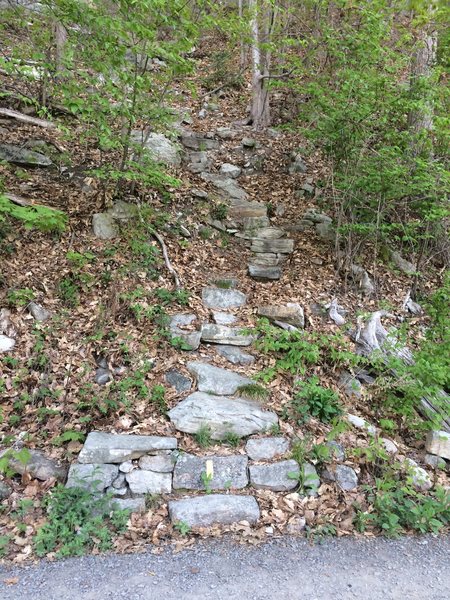 Welcome to the Gunks approach trail. The next trail is [[Minty]]110455127 .
The main approach for the middle of this area is 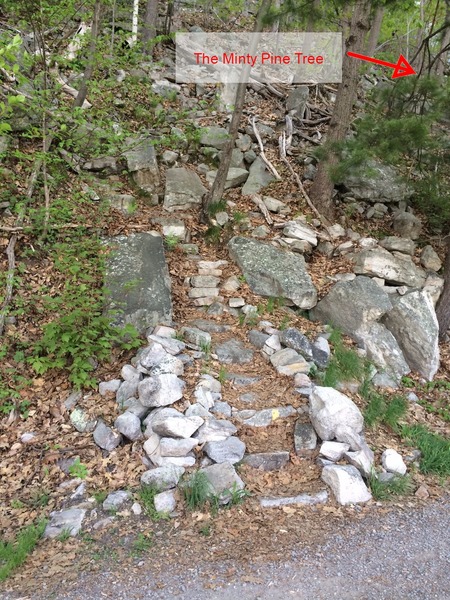 [[105800326]] approach trail (pine tree on right and smaller pine on left). The next trail is [[Madame G's]]110455131 , which leads you right up to Minty, which you can recognize through the trees by the large blocks at its base (pic of trail will appear in the spring). Further north is the 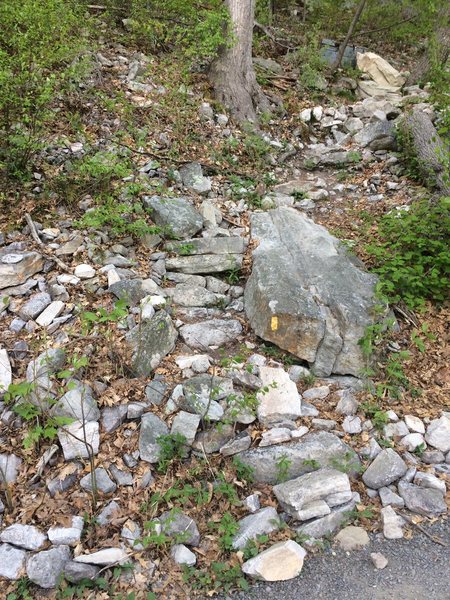 Descent: There is a bolted rappel line on the rightnorth side of the Madame Grunnebaum's Wulst buttress; a bit of scrambling is necessary to get down to it. Many routes also have intermediate tree anchors.

The bolts over Madame Grunnebaum's Wulst are a short, easy scramble down from the clifftop; they are located on the front side of a large block towards the front of the buttress itself. See the picture under the Mme G's route, which shows what you're looking for. "Back in the day", this rappel used to go from the large tree on the very front corner of the buttress, and getting into position to rappel was ... airy. Even now, it's mostly free-hanging. Two ropes will get you to the ground, or there are a second set of bolts mid-cliff for use with one rope. 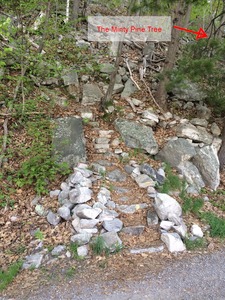 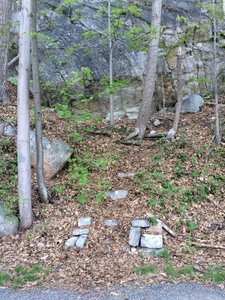 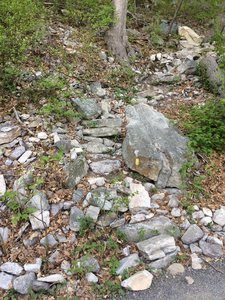 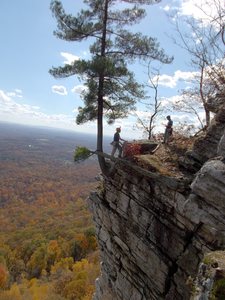 About to rap from the top of Madame G's 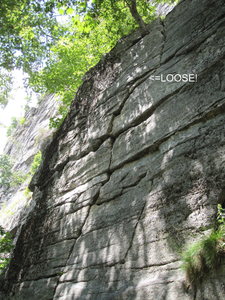 The first pitch of Columbia, which follows the… 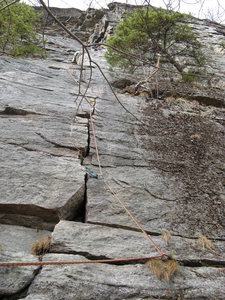 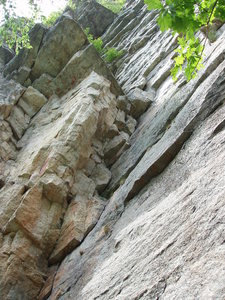 The giant dihedral of Asphodel 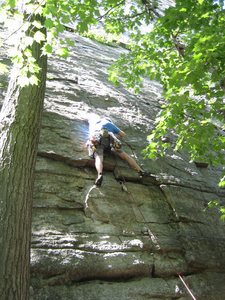 The Madame G's buttress. The route ascends the…

All Photos Within The Guides' Wall (Madame G's)