Coopers Rock State Forest is a hidden gem for climbers in the Mid-Atlantic region. It is known for its stiff grades and “gritstone” like rock. Conveniently located just off of I-68 in northern West Virginia, it hosts hundreds of established boulder problems, several top-rope climbs, and enough short trad leads for some to warrant bringing a rack. With its close proximity to Morgantown and the West Virginia University campus, it tends to stay fairly busy with climbers, hikers, mountain bikers, and your everyday tourists.

The “gritstone” featured at Coopers Rock is known as the Upper Connoquenessing Sandstone of the Pottsville Formation. This resistant quartz rich layer of Pennsylvanian age sandstone is roughly 300 million years old. This rock unit outcrops throughout the Cheat Canyon and in many other places in the state including Blackwater Falls, Dolly Sods, and Spruce Knob. For climbers, this rock is characterized by an abundance of slopers, rounded jugs, sloping pockets, and the occasional edge. Many routes here have very shallow features that can only be used effectively due to the very coarse texture of the rock.

Climbing here in the winter tends to be inconvenient due to the forest’s front gate being closed from around December 31st through March 31st, weather dependent. The only way to access the majority of the climbing when the gate is closed is to hike the nearly three miles out the road.

The rock at Coopers tends to take a long time to dry. After a hard rain, plan on giving the area a whole day to dry out. Generally, if the road is dry when you get into the forest, the rock will be dry as well. The first area to dry is usually the Tilted Tree area. Roadside and Upper Rock City take a bit longer. A few bouldering routes that tend to stay dry in the rain are Always Dry Roof, The Cave Route, and most of the routes on the Mad Butcher Block . If you do get totally rained out, Coopers has a good network of trails for hiking and mountain biking.

There are a few important rules here pertaining to climbing, please follow them in order to keep climbing access secure and help us climbers maintain a positive relationship with the park rangers.

1. The forest closes at dark. If your car is still in the parking lot after dark, a ranger will find it and you may be ticketed.

2. Placing bolts is not allowed in Coopers Rock State Forest. If you are caught placing bolts by a ranger, you will likely be prosecuted. While climbing here, you will most likely come across a few bolts. Use them if you will, but just know that these were not placed in accordance with the forest rules.

As of 2020 Morgantown has a new full service climbing gym, Gritstone, offering lead, toprope, autobelay, bouldering, yoga classes, and weightlifting. If the weather isn't cooperating for outdoor climbing, it is honestly worth making a trip to Morgantown just to climb at this gym. The local outdoor gear shop in Morgantown is Pathfinder, it is located on High Street. They have a large selection of outdoor gear in stock and should have just about any climbing gear you might need. You will also find many good restaurants in this area, most notably Black Bear. This fantastic burrito restaurant has a great variety of food and craft beers and is a favorite among the local outdoor community.

Camping can be had within Coopers Rock State Forest at the McCollum Campground or just outside of the forest and across the interstate at the Chestnut Ridge Campground. Both places have camping for tents, hookups for campers, and shower houses.

Hunting is quite popular at Coopers Rock. Although much of the climbing is within the no hunting “safe zones”, some is not. If you are outside of these zones during any hunting season, consider wearing bright orange and be respectful of hunters, they have just as much of a right to be there as you do. That being said, if you are within the normal climbing areas listed in the guidebooks and don’t venture too far off of the trails, you should be fine. 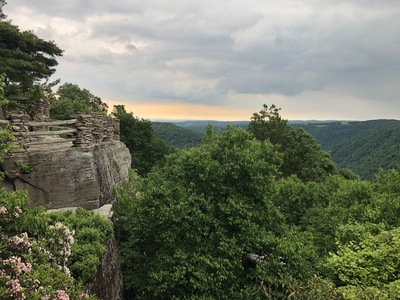 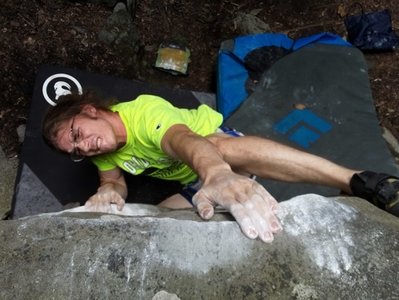 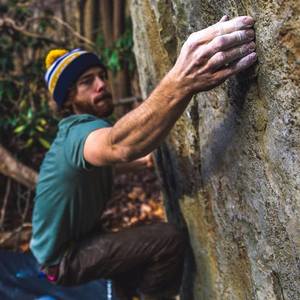 Project in the forest 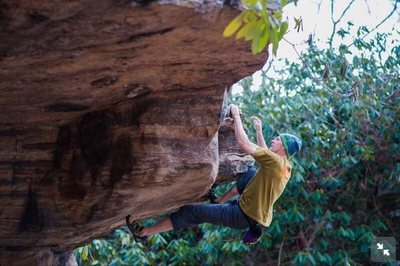 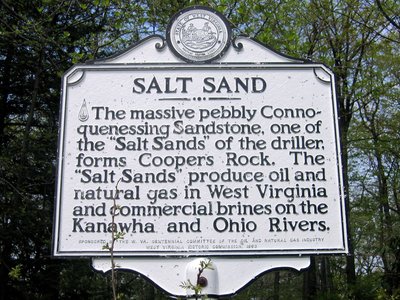 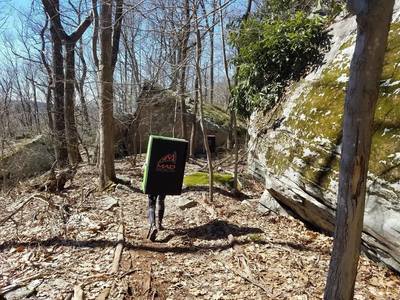 When the gate is closed and you have to hike in…