The Sir Sandford Group is deeply tucked away in the middle of the Northern Selkirks. Seven sub-ranges block access from the Rogers Pass area. To the north, the Adamant Group and three other sub-ranges screen easy viewing of the most impressive and highest summit of British Columbia's Interior Ranges, Mount Sir Sandford (11,580'). The common analogy is 'The Robson of the Interior Ranges'.

Named after Sir Sandford Flemming, the man who invented time zones in 1884 (David P Jones, Selkirks North, 2001). First climbed in 1912 by bushwhackers extraordinaire Aemmer, Fuez Jr, Holway, and Palmer. This kind of detail would normally be in a route description, but their line is now a serac bowling ally.

The rock is not the best. Marble, micaceous schist, and phyllite predominate. Sir Sandford is famous for it's sharp but rotten ball-bearing marble. The 1955 first ascent team of Palisade Peak, described unreliable rock that: ..."resembles an overhanging sand dune." Luckily, much of the group is covered by numerous (retreating) glaciers. On the positive side, David Jones states: "Rockfall is not a big problem, since surface rocks disintegrate into sand as soon as they start moving."

There are only two recommendable ways to get into Sir Sandford, helicoptering or Moberly Pass.

There is an outdated and very difficult way third way that crosses the Adamants. Washed out roads and glacial retreat are making the old way less fun. Let's hope the logging roads used to get to near Moberly Pass don't get washed out or decommissioned.

It is also possible to ‘copter into either Fairy Meadow or Adamant glacier and the hike over to  airy Cabin. ( Then have your ‘copter pick up up there.) In 1967 I did the traverse from Fairy Meadow to Cairn cabin with full packs ( see photos) and it took a day.
Two key points: 1) avoid the swamp of the middle-lower Adamant glacier ( note on the posted map the dotted route diverts from a “ straight shot across”, and 2) be 100% sure of where Azimouth Notch is. My understanding is the wrong notch is quite the descent. (see photo “map 2 of 3” ) The steep, grassy descent from Azimuth notch itself had us wondering if crampons were appropriate on the grass, certainly a thought, especially if the grass is wet. The early explorers had nailed boots! 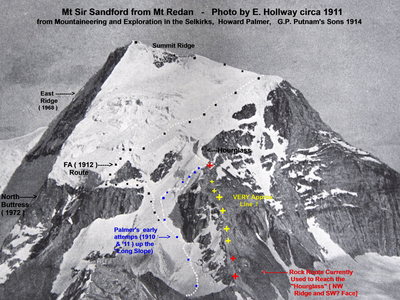 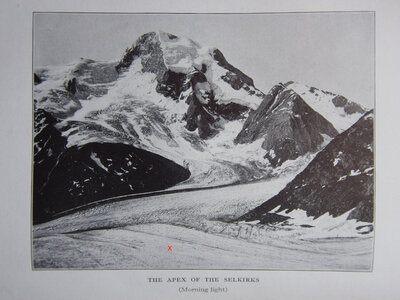 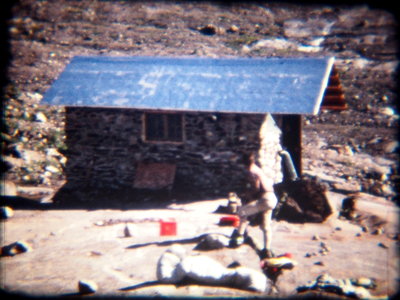 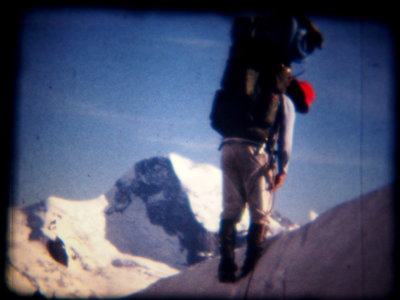 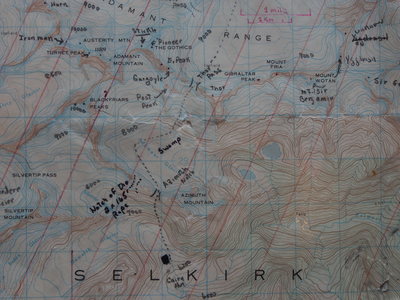 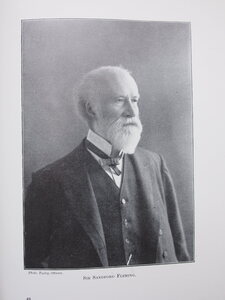 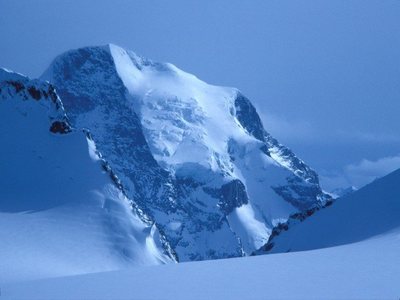 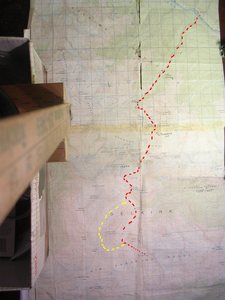 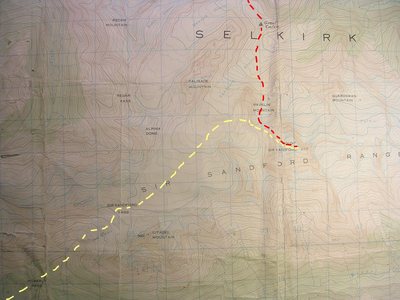 All Photos Within Sir Sanford Group