Routes in The Podium

The Podium is an eye catching blade of rock that thrusts directly skyward. Located over an hour deep in the wonderland, and surrounded by progress halting boulders and walls, not many make the trip to stand at the base.

The best approach is to follow directions to Bighorn Mating Grotto via Diarrhea Dome. From the rocky wash described in the Grotto approach, continue north until an east-west wash/gully appears. Turn right/east into this gully working your way into an area behind the extended mass of Diarrhea Dome. A small use trail does exist (this same wash/trail continues to the Lost in the Wonderland Slab and Poodle Smasher Area ). The goal is to circle east and then north around the wall of rock on the north side of the wash and into Mystic Cove, an area on the south end of The Podium. The Podium lies on the north west side of Mystic Cove.

The alternate approach is to continue in the main Wonderland wash well past the Diarrhea Dome turn off. This wanders past a large wall of rock to the east which eventually dwindles to boulders. Remain on the west side of these boulders until The Podium can be seen to the east. Circle around to the north side of the boulders at the base and scramble up to the north side. The routes on the south side are accessed via a notch between the two. This route, while longer with more boulder hopping, has the benefit of actually seeing The Podium during the approach. 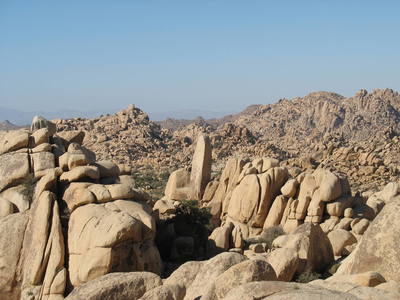 A rare look at the backside of the Podium. The… 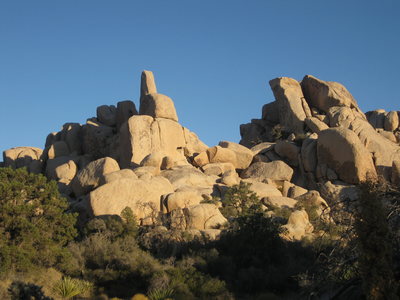 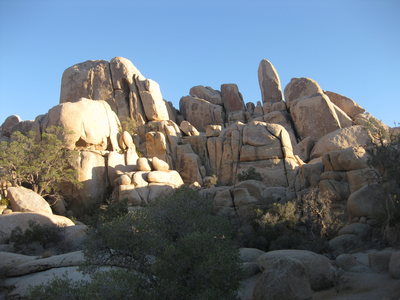 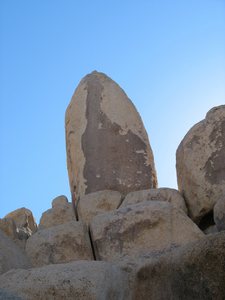 North Face of the Podium with the bolt on Zen v…

All Photos Within The Podium


More About The Podium