Twelve main areas with over 100 crags, the strip of land making up the Schwäbische Alb a.k.a. Schwäbische Jura falls between Stuttgart and Ulm, Nördlingen and Mühlheim, 220 km from southwest to northeast. It is a low mountain range. Though there are some volcanic and quarzite sites, the SA is composed mostly of limestone, which formed the seabed during the Jurassic era. There are three layers of black jura, brown jura, and white jura, which has been bored by surface water to create a mesh of caves feeding the Danube. The limestone is so pure, that while it is solid, it is being warn away at a glacial rate by rainfall (5cm/year). The limestone is so pourous that in places the water of the Danube occasionally disappears. There is also a crater called the Nördlinger Ries that in 1960, two American scientists proved that it was caused by a meteorite impact. It is the larger of two craters in the area.
Blautal (Blue valley) near Blaubeuren is one of the main areas, and lies nearly in the center of the SA.

The crags lie mainly in the area between Stuttgart, Ulm, and Reutlingen. 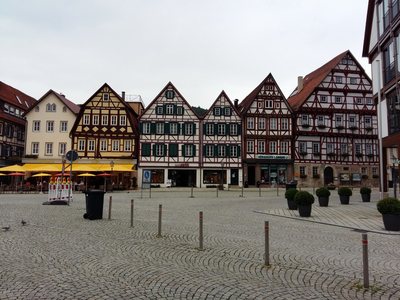 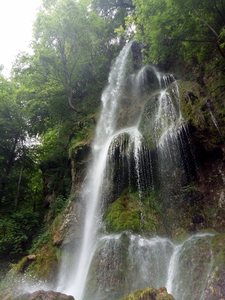 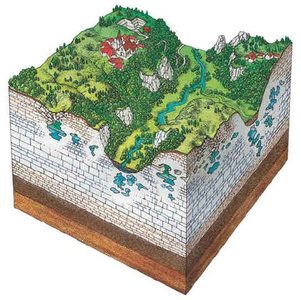 This demonstrates the Malmkarst porousness of t…

All Photos Within Schwäbische Alb