Routes in The Ramp Area

I'll venture that The Ramp Area seems to have two distinct tiers as follows.

Lower Tier: This includes Hummingbird route and The Ramp route. And so we could define this tier as including any route that starts from down in Echo Canyon such as the aforementioned two plus South Ridge, Power of Words, and Sid Vicious. These are typically accessed by starting at the top of Echo Canyon and hiking down the canyon via climbers' trails.

Upper Tier: This includes The Rudder, Sick Bird, 606, 505, and Runnel Runner. Likely, the shortest and cleanest way to access just these routes bypasses Echo Canyon altogether. Instead, from the junction of the La Luz Trail and The Crest Spur Trail, head up towards The Point, find the rap down Runnel Runner (see the below photo), rap, and then strike off to your route of interest. After the rap, Sick Bird, 606, and 505 all start just on the other side of the gully (west side). 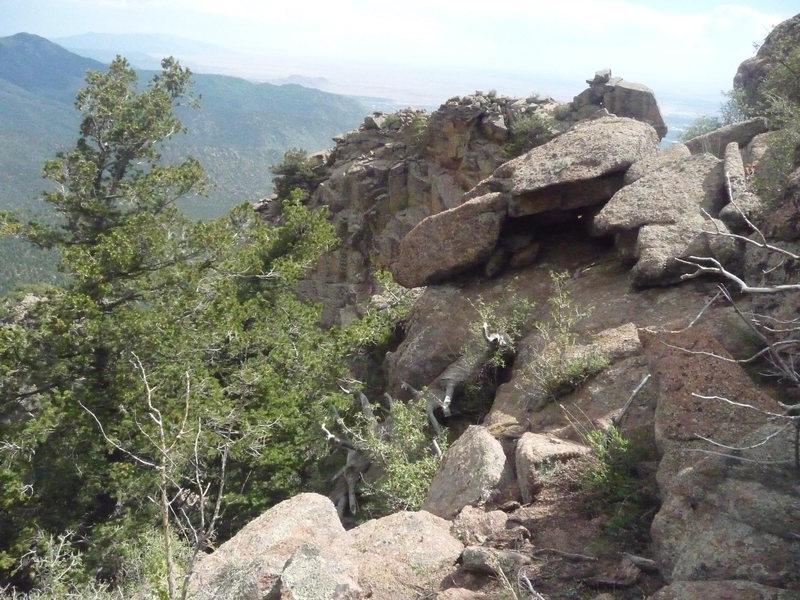 If you are coming into the area from above (from The Point), this is the scene a little above the rap down [[107909552]]. The way down to the rap anchors is just to the right of the trees on the left side of the photo. The namesake rudder formation is just visible on the right end of the ridge in the background.

The Upper Tier routes can also be accessed by first climbing the routes listed in the Lower Tier although some advanced study of the terrain between the two tiers would probably be helpful in linking them up.

Hill's guide (3rd Ed.) shows a "3RD CLASS GULLY" which spans both the lower and upper tiers; see feature "H" on page 170 and marked location on page 187. From the bottom, the gully starts a little up Echo Canyon from The Ramp route; further up the gully separates Runnel Runner on gully-climber's right from Sick Bird, 606, and 505 on gully-climbers left. From here, the gully continues up to The Point and is the notorious exit gully for The Ramp Route and others. Hope that your party is the only one in this gully. Climbing Runnel Runner allows a departing party to avoid the top-most part of this gully.

It is a tempting thought to rap in, stash some refreshments in/around the upper part of the gully, scramble down to climb one of the Lower Tier routes, return to refreshments and climbing of the single-pitch Upper Tier routes, then boogie out via Runnel Runner. Just consider that it may not be wise to have more than one party in the gully.

Mountain Project's determination of the classic, most popular, highest rated climbing routes in this area.
More Classic Climbs in The Ramp Area » 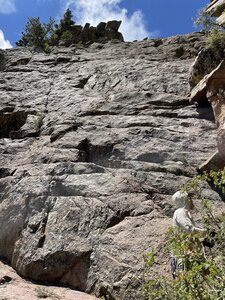 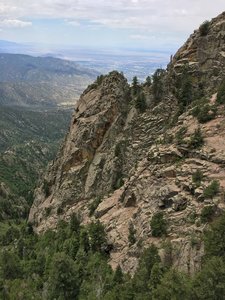 The Ramp as viewed from the top of Crackula 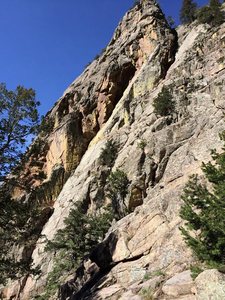 Morning sun on Sid Vicious and The Ramp. Sid V… 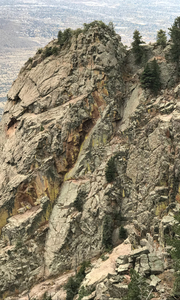 Another outstanding view of The Ramp Area, cour… 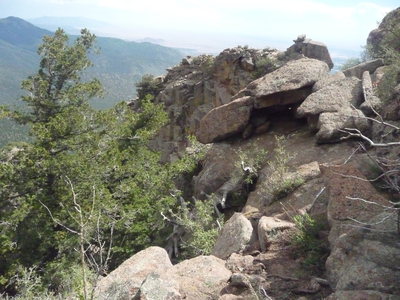 If you are coming into the area from above (fro…

All Photos Within The Ramp Area


More About The Ramp Area