Climbers call it Chamonix, or just "Cham", but the official name of the mountain-town-like-no-other is Chamonix Mont Blanc.
This area is a super-popular destination for climbers from many countries, because it offers a combination of advantages:

There's so much climbing of each variety, it's difficult to get a handle on all the options and places.
. . (For first-time visitors from outside continental Europe, useful overview of the different kinds of climbing modes, with detailed descriptions of the famous + popular routes on each area, is the new guidebook: Chamonix, by Boscoe + Geldard, 2016 Rockfax.com).

. . snow, ice, mixed - Some of these kinds of routes are linked from this MP area page.

Here's a start on dealing with the places ...

Season? Key limitation on when to climb or ski around Chamonix is the opening and closing dates of the high-mountain lifts and railways. Unfortunately in recent years the operating dates of the Grands Montets / Lognan and Brevent / Planpraz and Index / Flegers lifts have been significantly shorter than the seasons for good climbing and skiing (thought the Aiguille du Midi lift and Montenvers railway tend to operate much wider range of seasons). Of course it's still possible to do some high-mountain climbing, provided you get access the old-style way, by hiking up carrying your gear from the valley floor.

The other limitation is that with warming, the glaciers are changing -- often with new and larger gaps that make it difficult to access ice or rock routes. Or temperatures are so high that the surface of snow/ice does not refreeze well during the night, or rock-fall from melting becomes too dangerous too early in the day. Both of these problems tend to push the alpine climbing season earlier (like toward May-June instead of July-August) -- when gaps and crevasses and bergshrunds/moats at base of rock walls are still bridged with seasonal snow, and temperatures are cooler.

Equipment: Many popular multi-pitch rock routes require up to 50 meter rappels to descend. So most experienced Chamonix climbers climb with double ropes. Bringing only a single 70m with you on the airplane to save baggage charges is not going to get you back down to the bottom.

Bolts: There are lots of stories about how Europe has gone over to sport climbing. It's true that most popular multi-pitch rock routes have two-bolt anchors at the top of each pitch for a belay station. And the slab sections of modern routes have some intermediate bolts for protection. But the famous Chamonix granite cracks do not have bolts. You're expected to carry a Trad rack and hang in there and place your own protection.

Crampons + Ice Axe for rock? Even if you're doing a pure rock route, access to the rock might be over snow, and sometimes making the transition from snow to rock requires some "engineering".

Guidebooks: Nowadays most recent guidebooks for most kinds of climbing or skiing around Chamonix Mont Blanc have an English-language version.

More info: Every aspect of visiting and sleeping and eating and climbing and skiing around Chamonix has been repeatedly discussed on English-language web forums or blogs. A big European website with detailed info + reports about many rock and ice/snow and ski routes around Chamonix is "c2c": camptocamp.org

alternatives? Chamonix has such a combination of advantages, lots of overseas climbers sometimes assume that virtually all the worthwhile climbing in "alpine" categories is in the Chamonix Mont Blanc area. The down-side is that it can be crowded, touristy, and expensive.
Some alternatives within a few hours driving, to help alleviate the crowding:
- for alpine ice routes: northeast Ecrins around Pelvoux, north Oisans around La Grave.
- for alpine granite: the Italian side of Mont Blanc (e.g. Rifugio Dalmazzi), also the Ecrins + Oisans (but need to be selective for sound rock, and the style of granite is different from Mont Blanc).
- for multi-pitch granite: Valle dell'Orco (northwest Italy).
- for ski mountaineering + super-steep couloirs: All over the northern French Alps (if get the French guidebooks), but much requires more labor to access than Chamonix with its lifts.
. . (These alternatives could also be useful to know when the Chamonix weather turns wet).
. . (When all those are wet also, some Chamonix locals head for sport-climbing Finale Ligure. Marseille + Calanques + Toulon might also work, but longer driving).

The nearest major international airport is Geneva, Switzerland (GVA). This airport is actually on the border between France and Switzerland, so it is possible to rent a French car from the French side of the airport and drive it to Chamonix without going through France (but that would be much longer and more complicated than driving the first few kilometers through Switzerland). 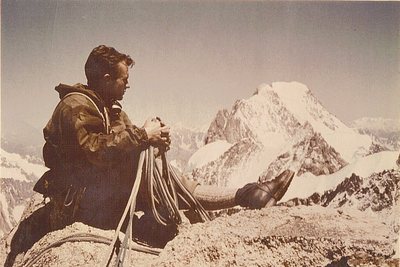 Paul Ross on the summit of the Aiguille du Gean… 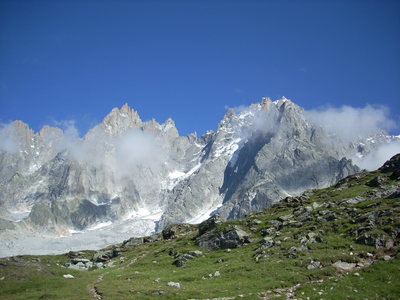 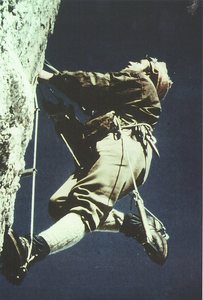 Paul Ross on the South Face of the Aiguille Du… 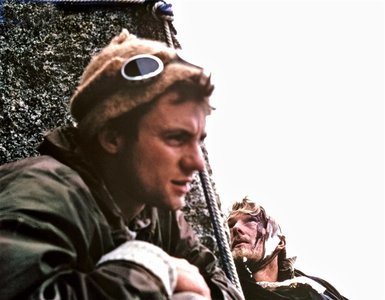 Paul Ross and Hamish McInnes on the first Briti… 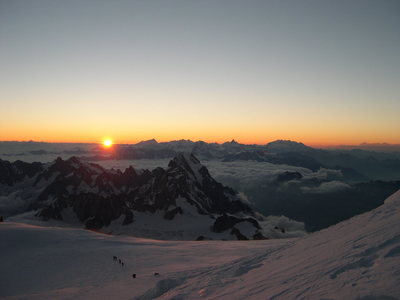 Awesome sunrise, the Matterhorn is in the backg… 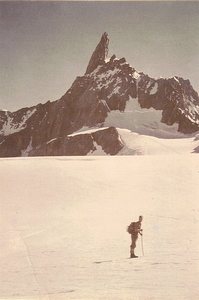 In the Valle Blanc heading towards the Aiguille… 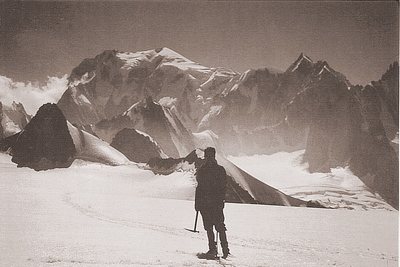 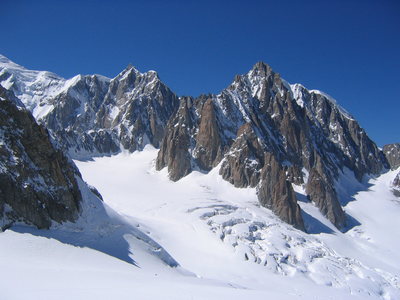 North of Mont Blanc lie the awesome walls of Mo… 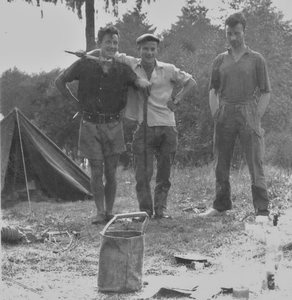 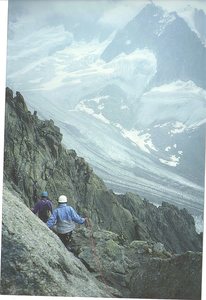 Descending in a storm down from the Aiguille du… 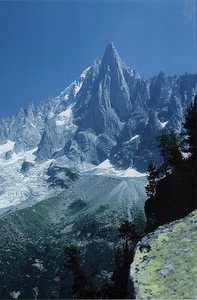 The Aiguille de Dru. Above the town of Chamonix… 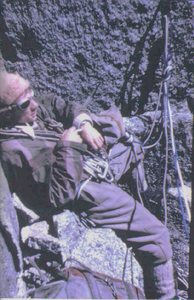 All Photos Within Chamonix Mont Blanc