As of April 2020 there are over 124 routes on the island and this guide on MP doesn't show many of them. The official website of Cayman Climbing, Climb Cayman Brac provides a free, up-to-date climbing guide as well as beta for travel, lodging an other activities.  There is also a downloadable version Cayman Brac Routes a digital guidebook with Gunks Apps that has the same content, plus high-res zoomable photos of every climb, GPS navigation and maps, available in the Gunks+ app that works offline for only $9.99. The authors suggest you use these resources instead of MP.

We step out of the tiny Cayman Brac airport and find ourselves in a new and mysterious world. The air is heavy and the wind sharp, though soft and does not sting like the desert winds we had come from. The aroma of salty ocean fills the air. We drive our rental car on the wrong side (if youre from the US) of the road through the darkness, and I can barely make out limestone cliffs through the breaks in the densely vegetated roadside. Palm trees sway as their leaves filter the strong wind, their sound blends with thunderous waves pounding the shoreline. Soon we arrive at The Bluff View House the place we call home for the next week, and retire. We sleep little as anticipation and sounds outside our window stir our dreams.

Awaking to early morning dawn, we rise excited to explore the mystery that was clouded by the darkness the night before. The island paradise transforms as the sun ascends above the deep blue Caribbean Ocean. We walk along pink coral and ?shell strewn? beaches exploring sharp gray ironstone and looking into tidal pools filled with small creatures. For the next week time slows, nearing irrelevance. The days are filled with walks on the beach, solitude, wind, waves, amazing sunrises and sunsets, climbing, snorkeling, caving, dining, relaxing, and hanging out with friends.

Cayman Brac ("Brac" rhymes with "crack" and means bluff in Gaelic) is one of the most beautiful areas I have ever been lucky enough to clip bolts. The climbing exists on a bluff that runs west to east, with large limestone cliffs rising up to about 140 feet in height on the northeast end of the island. The island has a wide variety of limestone sport climbing: steep and juggy overhangs, vertical and technical rock, stalactites and flowstone, sometimes sharp, or sometimes smooth and slick, and pockets and jugs. If you are looking for solitude, this is your place. There are few other climbers on the island so there's never lines for routes and the rock isn't polished.

Unlike many of the neighboring islands, such as Cuba and the Dominican Republic, all routes have Titanium bolts and are therefore safe. For more info see: Bolt Safety or a recent article in Climbing Magazine.

GEAR: There is no place to purchase climbing gear on the island, so everything will have to be brought with you. If you stay at the Bluff View House  you will have rappel ropes and a clip stick, just bring the "head", such as a Superclip or Squid. A rack of 20 quickdraws will get you up any route on the island (the longest route requires 19). Take a half-dozen shoulder-length slings with biners for routes at The Point. Ascending devices (Prussic, Ropeman, Tiblock) are also required when climbing at The Point. More details

Due to the intense tropical sun, you should always climb in the shade. Each sector has shade at different times of day.

Orange Cave: With a 10 minute approach, this is great place to spend an afternoon and to get used to the stone on the Brac. This area offers climbing from 5.6 to 5.11a, and includes one of the steepest 5.10s anywhere! Shade @ 3:00 by March 1st.

??: A two minute walk from the road.  This wall goes into the shade the earliest of all the south side crags.  It's characterized by crisp edges, pockets, tufas, distinct short cruxes and excellent stone.  In other words: FUN!  Shade by 1:30 by March 1st.

Wave Wall: With routes graded from 5.8 to 5.12+, and the greatest concentration being in the 5.10 range, this crag offers a high concentration of moderates. Unfortunately, it can only be accessed during calm seas. Shade about 2:30 by March 1st.

The Northeast Point: Full-on Adventure Climbing with nothing but water and air below you. Many routes here from 5.9 to 5.12. Shade all day in February, the top of the routes get sun by mid March.

Edd's Place: Another area over the ocean has only two routes but the length, quality and position make them must do routes. Shade @ 2:00 by March 1.

Neptune's Lair: Though only a few climbs here, the beauty of the area makes the 25 minute walk well worth it. If you continue just a little further beyond the crag, Neptunes Cave is well worth exploring. North facing, there's shade most of the day with evening sun by March.

Dixon's Wall: This area is home of the best rock and the longest routes on the Island with shade all day. 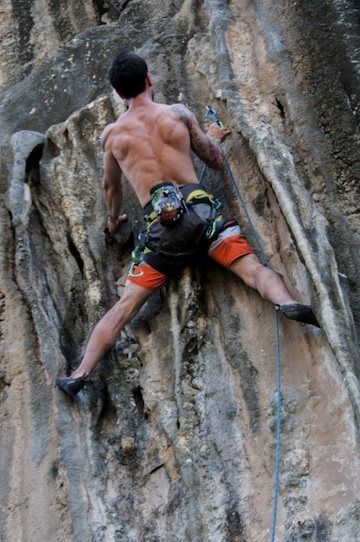 Elvis stemming the tufas on Tufa Two, 12a.

In the center of the Caribbean, 450 miles to the south of Miami, Florida, and 150 miles south of Cuba are the Cayman Islands. Cayman Brac is the easternmost island of the Caymans, 85 miles northeast of Grand Cayman, and 5 miles east of Little Cayman.

Many of the major airlines offer service to Grand Cayman "GCM"  (i.e. American, United, Cayman Airways, British Airways, etc.) and from there it's a short hop over to the Brac "CYB".  Cayman Airways has flights every day about every 90 minutes.

In some cases (as in ours when traveling from Albuquerque, NM), these sites mix different airlines and come to a price more expensive than you will come up with if mixing airlines on your own. For example, we traveled from Albuquerque to Tampa on Southwest, then to Grand Cayman and finally Cayman Brac by purchasing a separate flight on Cayman Airlines. Doing this was less expensive than the prices any of the online agents came up with.

On the South side of the island there are many houses available for tourists to stay. However, for climbers, I would recommend contacting John Byrnes (jbyrnes@ezlink.com) or visiting The Cayman Brac Website to see if the Bluff View climbers house is available. 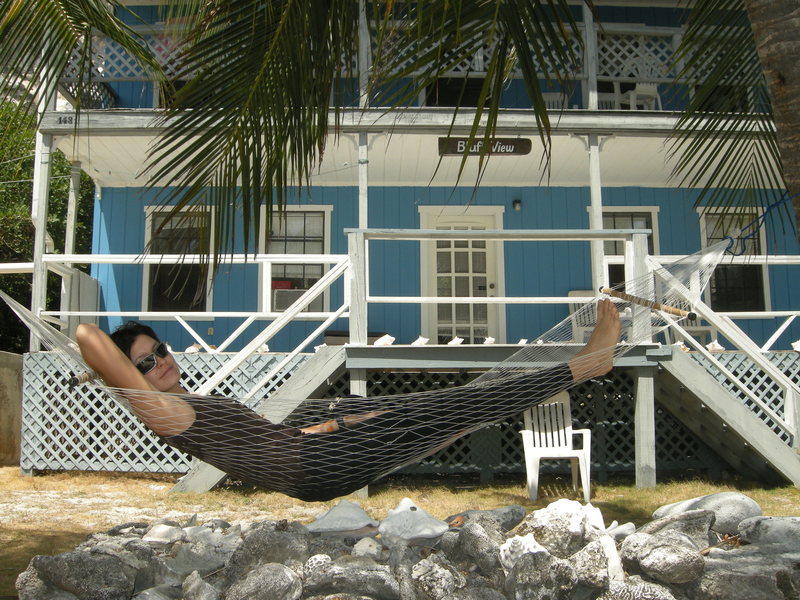 Hanging out between the coconut palms after lunch.

Staying at Bluff View will ensure you dont have to bring rappel ropes, which are helpful for rappelling into the climbs at The Point. He also has stick clips available which you will most certainly want to use on some of the climbs. John maintains all the routes and the climbing guide for free, so renting Bluff View also supports climbing on the island. 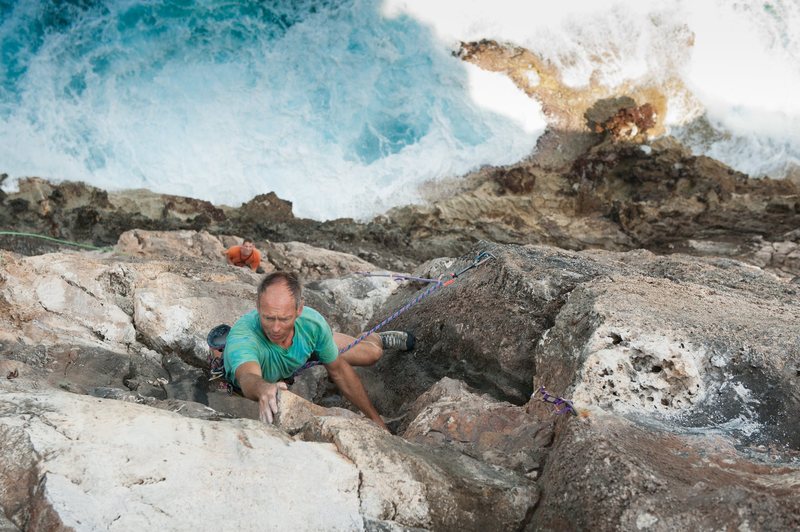 Climate and When to go

The Cayman Islands have two main seasons: Dry Winter (December through March)  and Rainy Summer (from May to October).

During the winter there are many weeks without any rain, and if it does, it comes in short bursts of heavy showers and then clears.  Of course, since much of the rock is overhanging, it mostly doesn't even get wet!   A full day of rain just doesn't happen in the winter.

The water temperatures range from 78 to 82 degrees Fahrenheit in the winter and from 82 to 86 in the summer.  June through October is hurricane season. The most ideal weather conditions tend to occur from December through March. 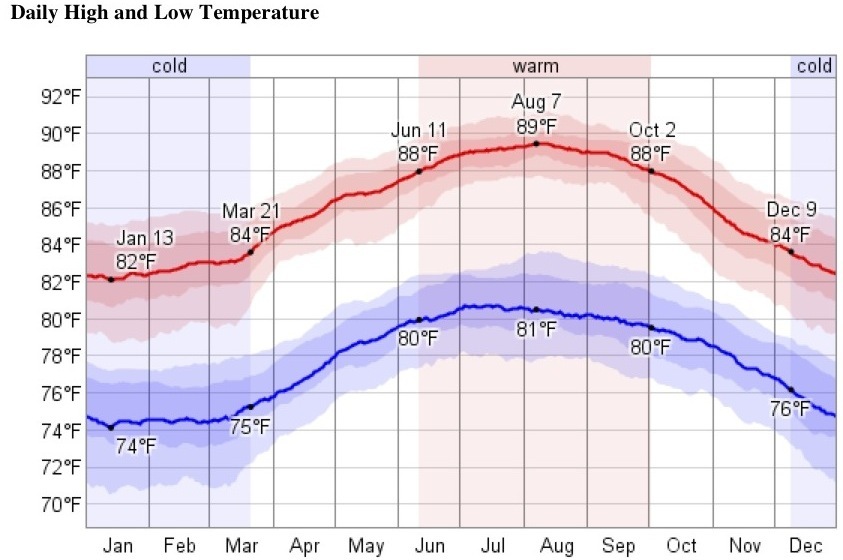 Websites:
- The ONLY climbing guide that is kept current is at John Byrnes' website: climbcaymanbrac.com/

- Information about many of the islands attractions can be found here: http://www.caymanbrac.com/

Book
Adventuring On Cayman Brac: A Guide to Great Adventures on this Small Caribbean Gem.
By: Skip Harper
Heel and Toe Publishers, 2002

A great guide to get you acquainted with the Island. Gives great information on history of the island, scuba, snorkeling, climbing, hiking, caving, running, fishing, and other activities.  Just be aware the climbing guide is seriously out of date! 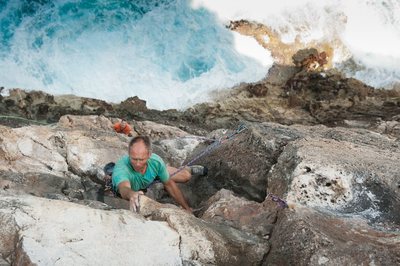 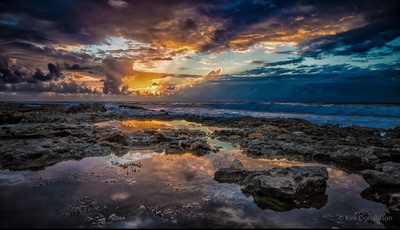 This is your alarm clock. Sunrise photo taken… 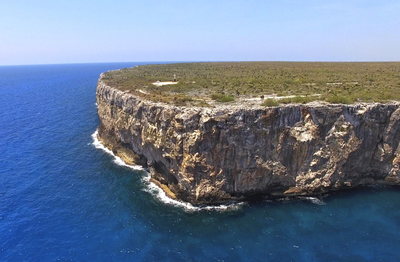 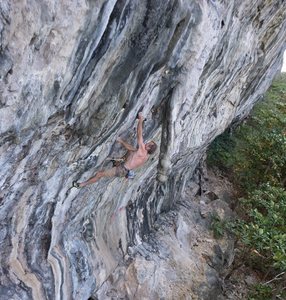 Jeff pinching a tufa before stepping out onto t… 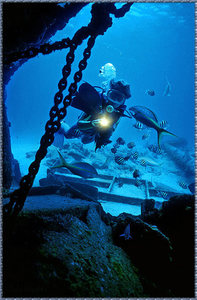 For climbers who dive, there is expansive under… 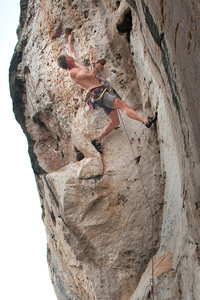 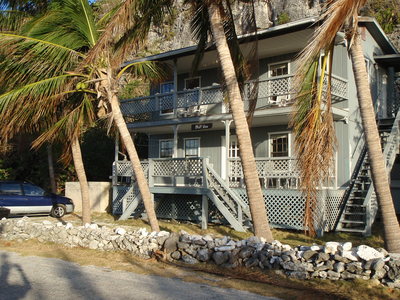 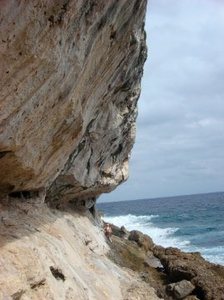 Approach to Wave Wall during low seas and low t… 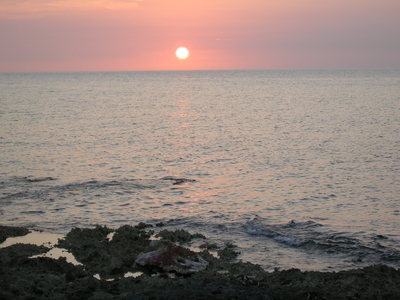 yet another beautiful cayman brac sunset 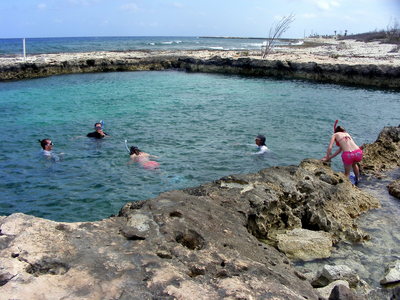 The island has excellent snorkeling with clear… 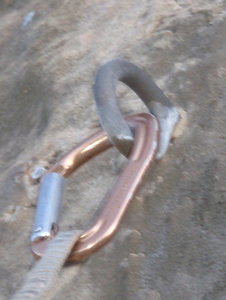 The newer titanium glue in bolts are far more c… 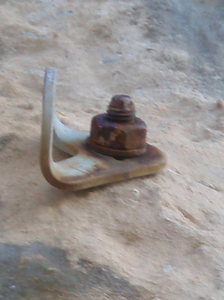 All Photos Within Cayman Brac