Routes in The Prow

This isolated, minor peak lies on the ridgeline that extends northwest from The Needle; this connecting ridge forms the southern margin of upper Juan Tabo Canyon. Although nearly 600 feet tall, the Prow is dwarfed by the nearby formations of the Needle and the Shield.

The base of the Prow lies at about 8400 feet and the summit elevation, according to USGS topos, is 8968 feet. Still, the Prow lies in a scrubby, sparsely forested area mainly consisting of pinon, prickly pear, yucca, cholla, and Apache plume, so its not exactly in an alpine setting.

Several 4th class mountaineering and 5th class rock routes scale the peak. The earliest recorded ascent was in 1948, although earlier climbs are suspected. The climbing history and routes are pretty well outlined in Hills guidebook (1993), and Kline's earlier book (1970) actually has some good route descriptions too.

The standard 1.5+ hour approach is from below, using the Piedra Lisa Trail to access the Movie Trail. Once you inevitably lose track of this Movie "Trail," stick to the crest of the ridgeline as it turns from the northeast toward the southeast (be sure to check out UNM Spire across the canyon to the north). The ridge leads you to the foot of the northwest ridge of the Prow. From there, traverse along the base of the western and southern faces to gain the route of your choice.

The Northwest Ridge route is listed by Kline and Hill as one of two descent routes. This line apparently requires two rappels: the first down to the east end of a broad ramp using a large dead tree as your first rappel anchor. Then walk down the ridge [and] perform the second rappel off a large flake, ending up just south of the ridge proper. Two ropes are helpful when descending the northwest ridge. (Note: I have not used this descent route).

Alternate Northwest Ridge descent - Head towards the northwest side of the Prow by descending some sandy scree slopes. Rappel to the west off a large, living tree to the large shoulder below. (This can be accomplished in one rap with a 70m rope, or two raps with a 60m rope by slinging a rock on an intermediate ledge half way down.) Hike west down the ridge and rappel off a large rock to the bottom of the ridge.

The second descent route described by Kline and Hill follows the Southeast Ridge route, a Class 4 mountaineering scramble that ascends the east-southeast face of the Prow. To descend this route, from the summit drop straight down the steep and unlikely looking east face, aiming directly for the ridgeline saddle at the base of the east side of the Prow. Theoretically, the whole route could/maybe/possibly be down-climbed, but two single-rope rappels will facilitate this descent (60m rope necessary, with some rope stretch). We didnt find the large, rounded boulder rap anchor that Hill described. Instead, there are some tied-off mountain mahogany bushes for anchors (yeah! Those shrubberies are bomber!). 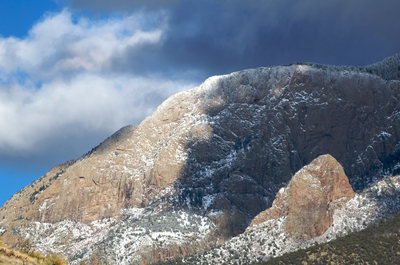 The Prow, lit up in front of the Shield. Photo… 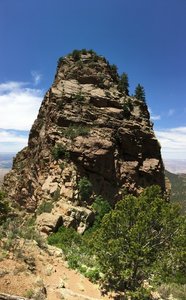 Full view of the east side of the Prow 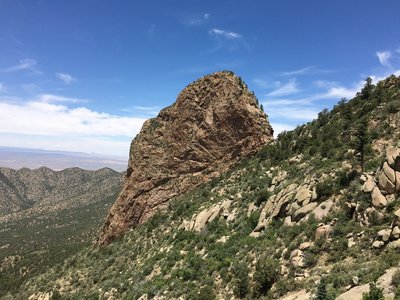 View of the SE side of the Prow 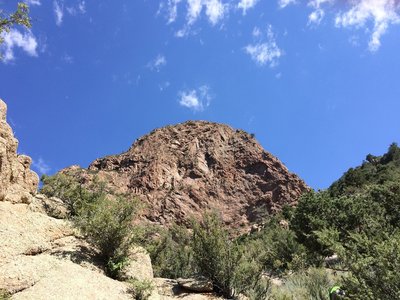 View of the south side of The Prow 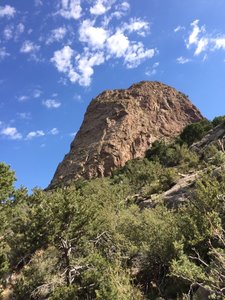 View of the Prow from the south, approaching vi… 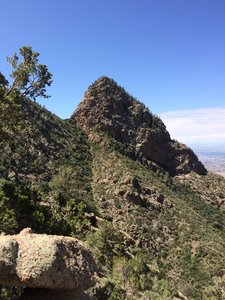 North east view of The Prow

North side of The Prow from the Fletcher Trail.… 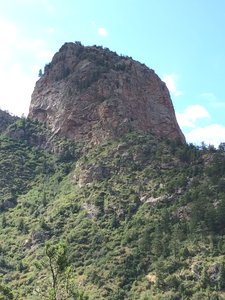 Northwest side of The Prow from the Fletcher Trail 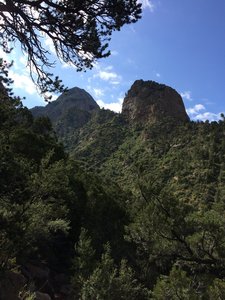 The Prow (front) & The Needle (behind) from the… 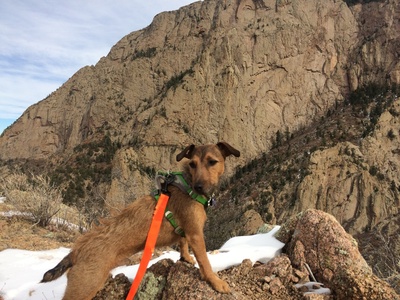 Summit of the Prow 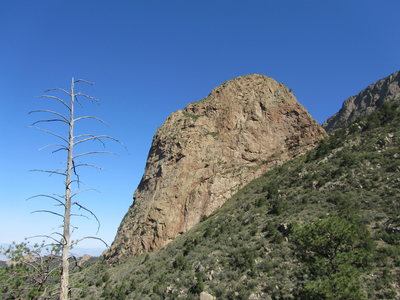 The Prow - from the southeast - the Shield is b…

All Photos Within The Prow


More About The Prow