Areas in The Callahans

WALK-IN PERMITS
Permit sales start May 31
150 permits will be available
$75 each
Permit Term: August 1 – July 23 of following year.
wyrecreation.com/permits
This permit covers Non-Motorized walk-in access to the Coos Bay Millicoma Tree Farm, including the Callahans climbing area west of Roseburg, Oregon.
When parking on Touchstone Rd, do not block the school bus turnaround and be respectful of all neighbors. As private timberland, climber compliance with the permit system is critical for Access Fund and SW Oregon Climbers Coalition to explore future improved access with Weyerhaeuser, such as a recreational lease.

The Callahans are a series Tyee Sandstone cliffs and pinnacles overlooking the Flournoy Valley west of Roseburg between Melrose and Lookingglass providing some of the best and rarest sandstone climbing north of the Camino Cielo. These cliffs and pinnacles are unique in the thickness of their petina, southern exposure, and commanding ridge top position. With over 200 established routes, the climbing area itself is made up of over 50 individual areas spread out over three miles. Once above the trees even short routes can seem airy and exposed when you see you are nearly 2,000 feet above the valley floor with an open view of the Cascades. To add to this, you'll often find warm sunny winter climbing above a sea of valley fog.

Understanding the origins of the Tyee formation is still in its infancy. Pre-tectonic theories favored sediments from Klamath Mountain sources or ancient mountains once west of Coos Bay depositing into a high basin that is now exposed as high ridges through erosional processes (Snavely et al. 1964). More recently with an understanding of tectonics and the mineralogy of the Tyee Formation it appears possible that they formed from Southwest Idaho batholith sediments (Heller et al. 1985) carried by a prehistoric (Eocene) river that deposited in a deep sediment basin that was later uplifted to their current position and exposed through massive landslides and erosion.

Perhaps the best advise for anyone wishing to climb at the Callahans for the first time is to go with someone who knows the area and its trails. The climbing area is within Weyerhaeuser's 209,000 acre Millicoma Tree Farm which stretches from Callahan Ridges west to Coos Bay. Weyerhaeuser sells both road access permits ($350 per year) and walk-in access permits ($75 per year). Currently the primary access into the climbing area is by way of a climber's trail from a gate at the end of Touchstone Road. Access from Touchstone Road is by way of a 1-mile trail gaining 1,230 ft of elevation to where it ties into a system of trails that thread across the upper third of the ridge. The local communities of Roseburg, Melrose, and Lookingglass stand to benefit most from open recreational access to this climbing area. Yet, approaches to purchase the climbing area by local philanthropic interests have been unproductive. A significant loss to the local tourism economy.

There has been a recent effort by local climbers clearing the trails of down logs and maintaining routes. Many of these trails have become obscured through lack of maintenance or completely wiped out by recent logging. Perhaps as much as a third of the climbing area has been clear-cut which has obliterated those portions of the trails, making access to climbs in the clear-cut more adventurous. All but the most used trails have fallen into disrepair. Those with a drive-in permits (almost no one) or biking with a walk-in permit (very few) can also access the area using the ridge road though the upper gate at the end of Callahan Road and drop down into the many climbing areas from the upper ridge. Trailheads from the ridge road have also become obscure and difficult to follow from lack of annual maintenance. Note: Log trucks have, and will take the right-of-way. Without open access, volunteer trail maintenance and cleanups strongly supported in the past have become difficult for local climbers to organize openly.

Currently the Callahans only sees sporadic use by climbers. Once popular but more remote areas (by trail) such as Fantasy Island and Orphan/Inca are now in need of TLC. Therefore, many of the once three to four star climbs have become dirty or mossy and now one to two star. With the exception of the Mind Planet/Turtle Rock area just about all bolting used quality stainless steel anchors that are still in great condition today. Plated anchors are beginning to show signs of wear, but appear to still be in good shape. All but the sunniest routes will need a little brushing if you are the first to climb at the beginning of each season. Brushes are available in a community gear box located at the base of Turtle Rock.

Take exit 125 off of I-5 and head west (right). Make an eventual left turn at the sign for "Melrose Traffic" and follow this road until it dead ends into Colonial (left) and Fournoy Valley Road (right). Turn right and follow Fournoy Valley Road  to Touchstone Road (right). Note: if you deadend into Coos Bay Wagon Road turn around and Touchstone will be the first paved road on your left. Take Touchstone to the end of the pavement and park at the gate. Make sure to park downhill a bit on the turn-around and DON'T BLOCK THE GATE. School busses use this turn around so the more you park away from it the better.

There is also an alternative approach which leads you to the top of the Callahans instead of walking the roads. Refer to Umpqua guide or talk with someone who knows the area before going. Expect to encounter some ankle-high poison oak on your hike in.

For nearby camping and lodging, or gear shuttle, plus current trail information you can contact Greg Orton who lives in the area.

Classic Climbing Routes at The Callahans

Mountain Project's determination of the classic, most popular, highest rated climbing routes in this area.
More Classic Climbs in The Callahans » 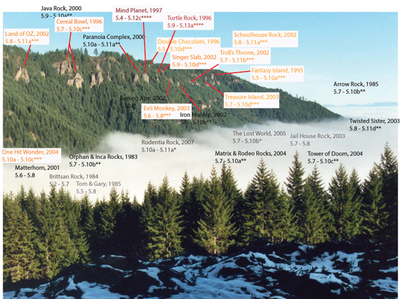 With over 200 routes on over 42 ascended sandst… 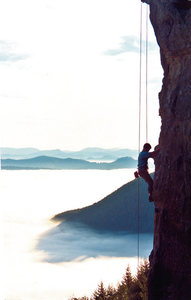 Winter climbing over valley fog in the Callahan… 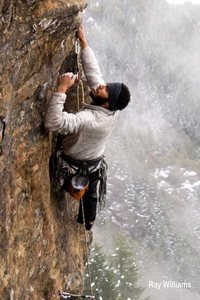 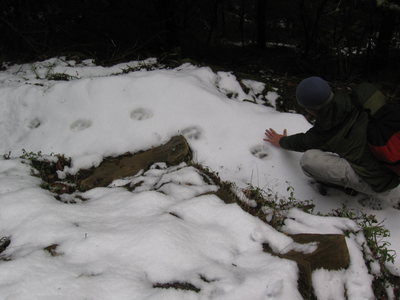 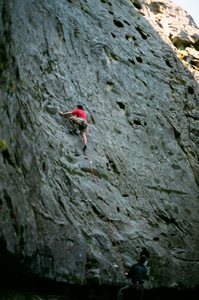 5.9 lead sandstone, I forget the name of this o… 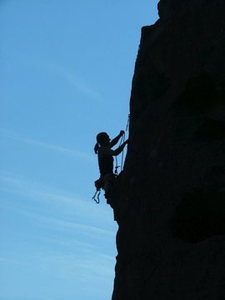 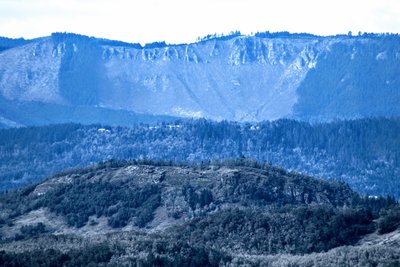 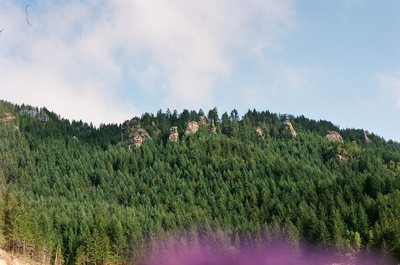 Callahans from the parking spot. 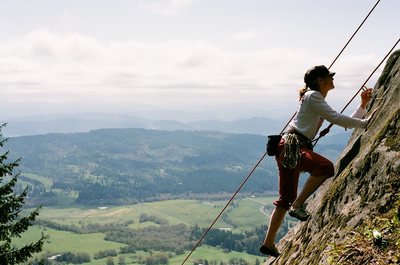 Kristen on a beautiful day in the Callahans 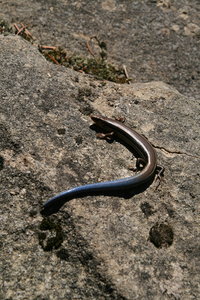 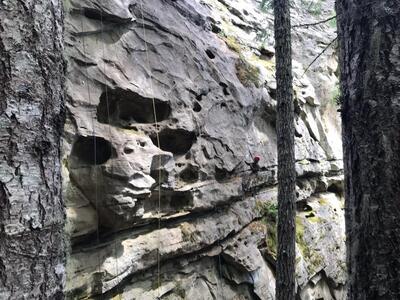 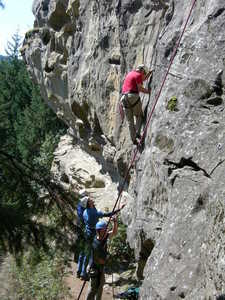 A sunny day on Tyee Sandstone in the Callahans.

All Photos Within The Callahans


More About The Callahans