The South rabbit Ear is the smallest of three towers at the ridge of the Rabbit Ears group. Despite being smaller than the Middle and North Rabbit ears, the South Rabbit Ear offers a summit that can be accessed by adventurous hikers, and often is. There are also a number of routes on the myriad of faces which facet the peak. It provides a great vantage point to view routes on the Middle rabbit Ear's southern wall as well as looking out over big windy canyon to the south.

When viewed from the East side of the Organs (from Aguirre springs) there are a number of large faces which have only begun to be explored such as Pyramid of South Rabbit Ear. 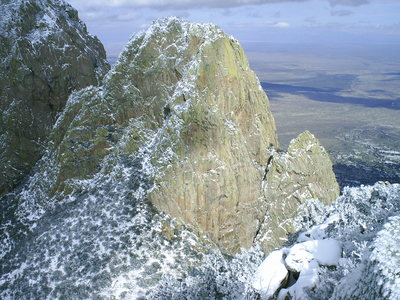 South Rabbit Ear as viewed from the summit of t… 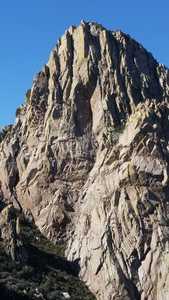 All Photos Within South Rabbit Ear