Triglav is in the Julian Alps and is the highest mountain in Slovenia at 2864 m (9390 ft). It stands majestically in the centre of the National Park named after it. The name Triglav has its root in pre-history and probably described a god. In modern Slovenian the word also means three heads. This describes the mountain well because from afar it looks as though it has three peaks. The mountain is the Slovenian National Symbol and appears on the countrys flag.

The first recorded climb to the summit took place in August 26th. 1778. It is now said that you are not a complete Slovenian until you have climbed Triglav. It is not easy but can be done by most persons who are reasonably fit and have a good head for heights and are properly equipped.

The best season to climb it is from beginning of July (or when the snow melts) till the middle of October (or before the snow comes) but the best months are August and September. Most people allow two days for the trip, one day up and one down.

The Lonely Planet details 4 routes to the top. The National Park office in Bled can provide maps, mountain conditions and help you book the mountain huts.

For more information on routes check out:
3glav-adventures.com/3glav%…

40 minutes from Bled by bus. 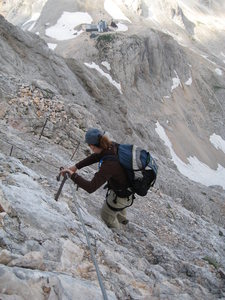 Descent of Mount Triglav with one of the mounta… 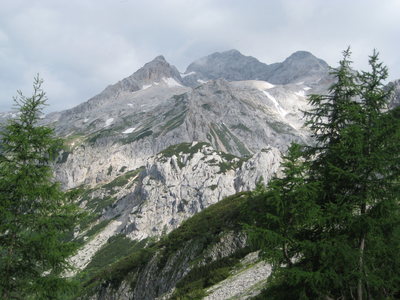 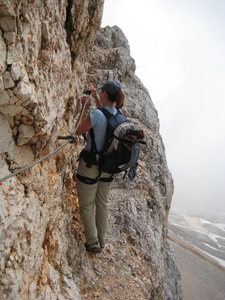 Stepping out on the edge - ascent of Mount Triglav

All Photos Within Mount Triglav