NOTE: There has been a locally-produced guidebook floating around Kunming over the years, although maybe not consistently available. It may be more up to date for Fumin Canyon than what is included here on Mountain Project. Check out kunmingrock.com for general info about Fumin, although the topos are not on the website. Fumin Canyon is covered in the recent (2015) Climb China guidebook (climbchina.net), but it has topos only for the most popular crags. There are some gems they missed. The guide here on Mountain Project was the complete Fumin Canyon guide circa 2005, so be aware that things probably have changed considerably in the past 10 years.

Flowing out of the western side of Dian Lake near Kunming, the Tang Lang River (Tang Lang Chuan) snakes west then due north eventually entering the Jinsha (Yangtze) River. About 25 km north of Kunming, just upstream from the Fumin County town, it cuts through a distinct geologic formation creating a narrow canyon bordered by steep limestone ramparts up to 100 m high. The tall escarpment high on the east side of the canyon is known locally as Old Red Rock (Lao Hong Yan), due to the reddish-orange appearance of much of the face. A shrine is built into a cave on the west side of the valley. Know as the River Cave (He Shan Dong), it is well-known locally and attracts small groups of tourists on nice weekends. A footpath starting near the cave entrance accesses the pavilion on top of the cliffs above the cave. It offers great views of the valley and the climbing terrain of Old Red Rock, directly across the canyon. One of the trails that made up the famous transportation network called the Ancient Tea and Horse Path (Cha Ma Gu Dao) passes along the base of Old Red Rock. The Ancient Tea and Horse trails brought tea grown in southern Yunnan into Sichuan and Tibet. The particular variation that runs through Fumin Canyon went from Kunming north to Sichuan. Administratively, this climbing area lies on the Kunming-Fumin county border. An ancient inscription near the southern end of the Old Red Rock escarpment, near Ancient Tea and Horse Path, marks the boundary.

As of mid-2005, 86 routes at fourteen climbing areas had been developed in Fumin Canyon, including ten individual crags adjacent to the Tang Lang River and four faces of the Old Red Rock escarpment that looms high above the river to the east. Fumin is about 200 m lower in elevation than Kunming, meaning it can be hot here on sunny days in late spring, summer, and early fall. The crags are oriented in all directions of the compass, however, so shaded routes can always be found. Likewise, it’s a bit warmer than Kunming in the winter and, if the sun’s out, comfortable climbing can be found all winter.

There are two general areas to climb in Fumin Canyon, one high and one low (see BETA PHOTOS). Down low, adjacent to and on both sides of the Tang Lang River, there are ten separate crags on the east and west sides of the valley. Looming high above the river to the east is Old Red Rock, where four separate walls have been developed.

Check out kunmingrock.com and the Climb China guidebook for up-to-date access information from Kunming. 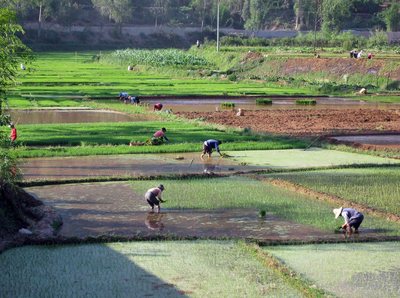 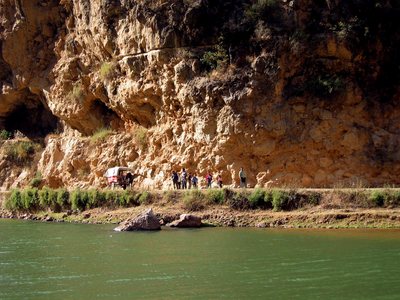 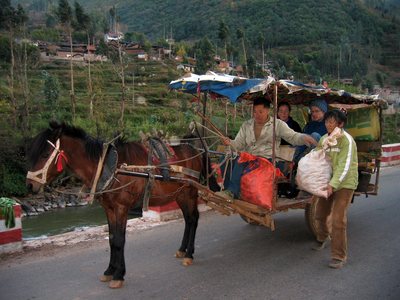 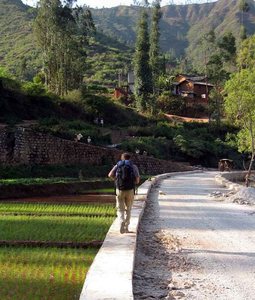 Wandering down valley to meet the carts on a be… 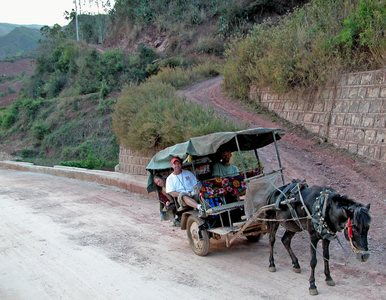 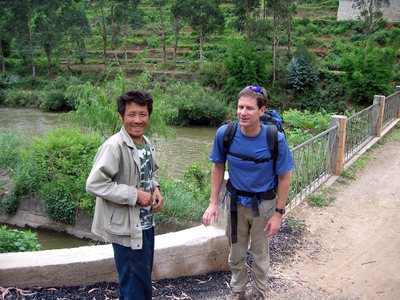 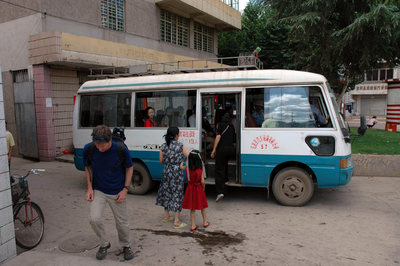 Disembarking from the Kunming bus in Fumin town… 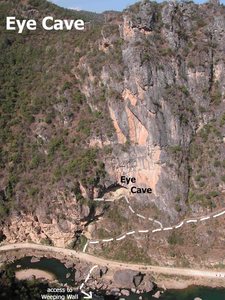 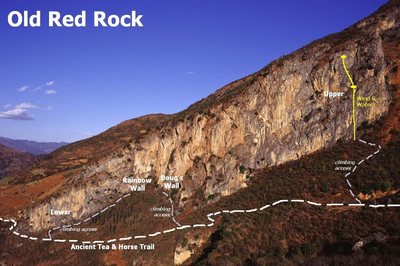 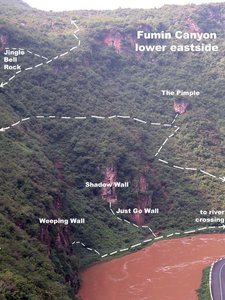 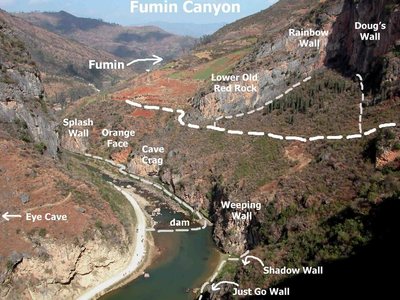 All Photos Within Fumin Canyon