Currently there are 10 named routes on OMSF, and three more on Hollin Wall.

There are several rappel anchors to use for easiest access to the cliff bottoms. The longest of these climbs is in the 75 foot range so a single rope can be used for rappels and top-roping.

West to East these climbs are:

Some people have commented that OMSF is "over-bolted" and with this general criticism, I fully agree. OMSF has a restricted zone at its foot, so many of the lines start fairly close to each other and "fan out" as you get above the 20 foot level. Additionally, for venturesome climbers who can abandon the vertical mind-set, you can start at one corner and move "horizontally" to create "grand obliques" going from clip to clip across several lines.

I noticed that some of the routes can be "contrived" in their finishes or crux zones to increase the difficulty if the easiest line gets boring. I think this feature of the rock, especially on OMSF, accounts for the advisory statement that "difficulties may vary" for any given line.

A good place to climb on cold winter days as most routes face south and the air tends to stagnate in a pocket here, warms up nicely even when there's snow on the ground.

Leave your vehicles at the Green Slabs pullout, MP 10.2, and go up the south-east facing line of rock there following a fairly good uphill path/ streambed to the root of the Greenslabs spine. Continue up a switchback route to the ridgeline, turn SE and follow the ridge about 50 yards. Turn back east and make your way to the hoodoos. The first wall is OMSF proper, and further east is the Hollin Wall. Twenty to twenty-five minute walking time from the highway. Squeezing the Lemmom II,p. 50, has a good general map of this access path. 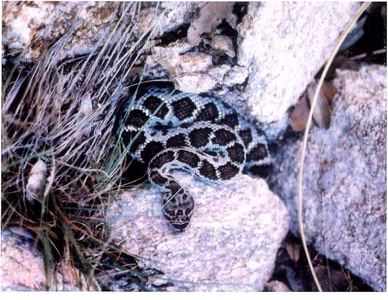 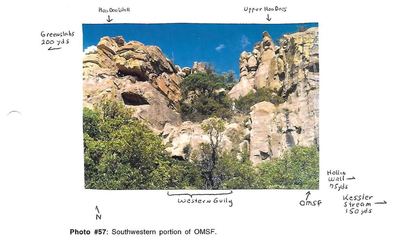 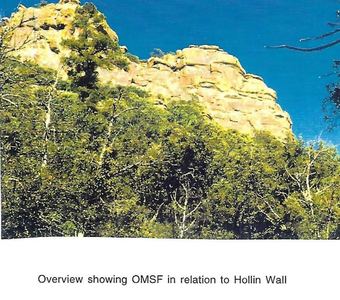 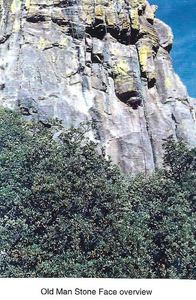 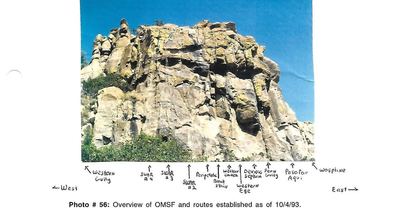 All Photos Within Old Man Stone Face and Hollin Walls