This prominent reef of Bighorn Dolomite looms over Highway 14 and provides sunny sport-climbing in a scenic setting. Despite it's proximity to this major mountain highway, only limited development preceded a flurry of activity which began a few years ago. Steamboat has developed into the best moderate sport crag on this side of the Bighorns; there are currently 16 bolted pitches 5.10 or under, most of which are great quality.

Being so new, the amenities of a developed crag are still in the process. There are no defined trails yet, and many of the climbs have some loose rock due to lack of traffic and the sometimes friable dolomite(helmet is recommended). Tick marks have yet to be installed as well. However, if you're willing to do without these perks, your payoff will be some fine climbing without a crowd.

There are many routes on all sectors of Steamboat and on the massive boulders below the cliff. The walls described here have seen the most traffic thus far, but certainly aren't all the area has to offer.

From the tiny town of Dayton at the eastern foot of the Bighorns, drive west 13 miles on Highway 14 up its many curves and switchbacks. As it begins to plateau out, look right and Steamboat will be the obvious cliff rising on the ridge above the highway. Park in a large pullout on the left side of the highway opposite Steamboat. Carefully cross the road and slog up an abandoned jeep trail (really steep at first but mellowing out shortly). This trail actually accesses the summit of Steamboat and is a relatively popular local hike. Continue along the trail until it nears the south face and then head up the hill to the base of your desired wall. 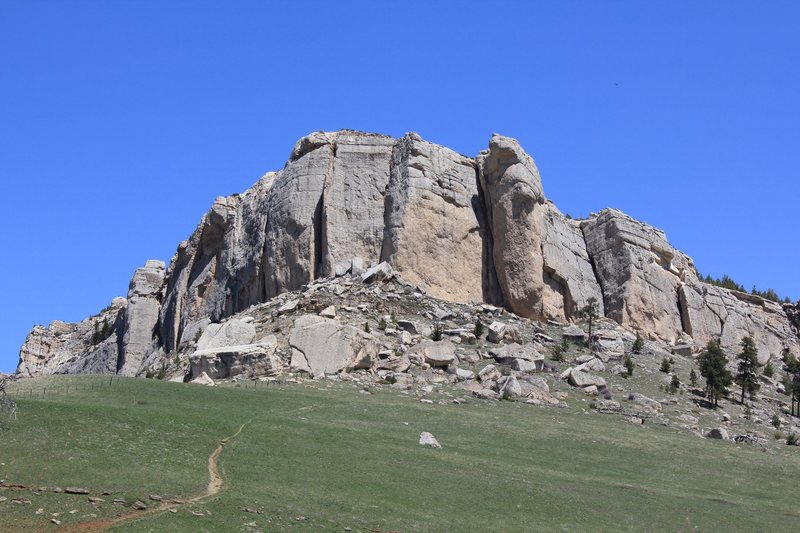 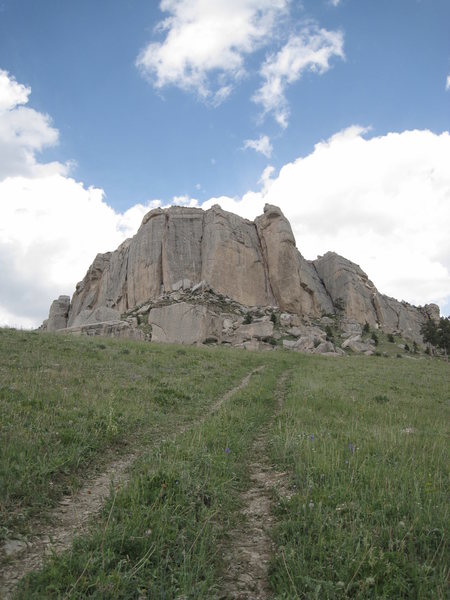 [Hide Photo] The steep jeep trail that leads up to steamboat and the trail proper. 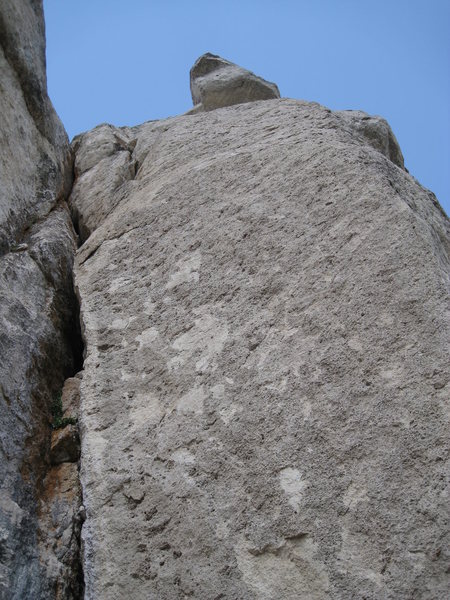 [Hide Photo] This wall bookends the large headwall and has a burly looking bolted route on it. very overhung despite the photo. 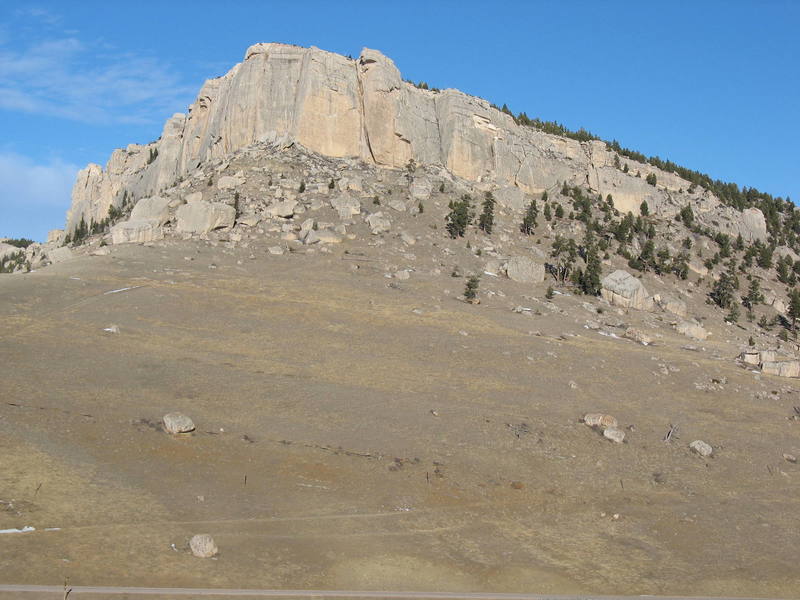 [Hide Photo] Steamboat Point seen from Highway 14. The trail can barely be seen running diagonal uphill from left to right. The Moderate Wall is the large gray slab to the right of the tallest prow (with shaded…