The Labyrith Wall is a steep multi-towered/tiered section of rock that rises above the First Creek Slabs. The north facing wall gets early morning sun and remains shady for the remainder of the day. This secluded wall is guarded by 1000+ feet of easier climbing below.

Hike into First Creek (~45min) and take any of the Slab routes to the obvious ledge system. 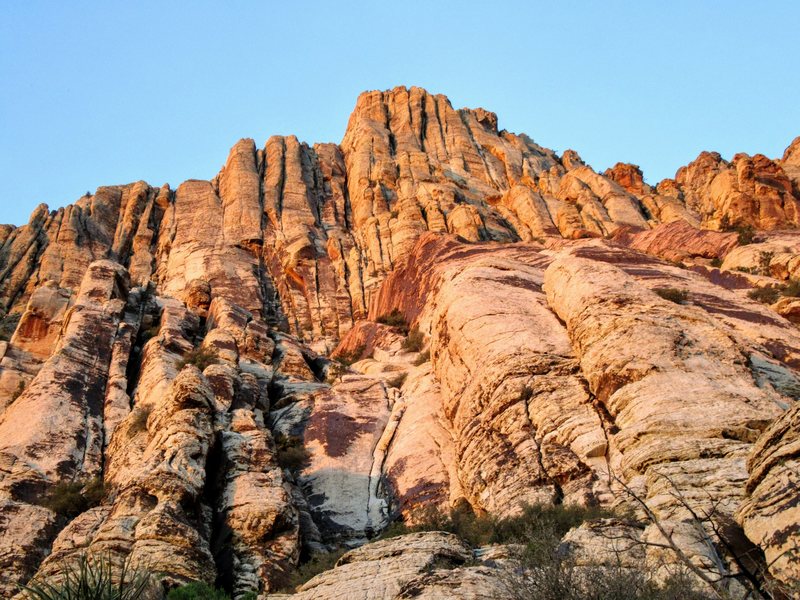 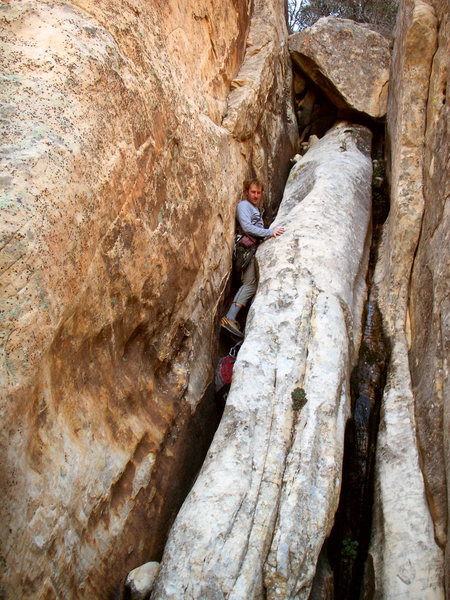 [Hide Photo] Andrew slides down the easy offwidth under the large chockstone. This will drop you out at a large ledge system 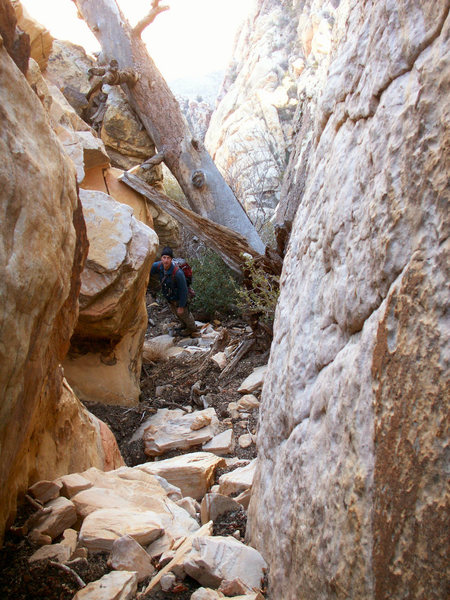 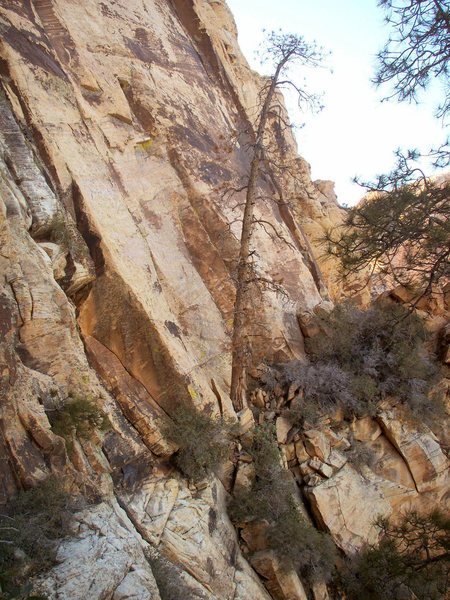 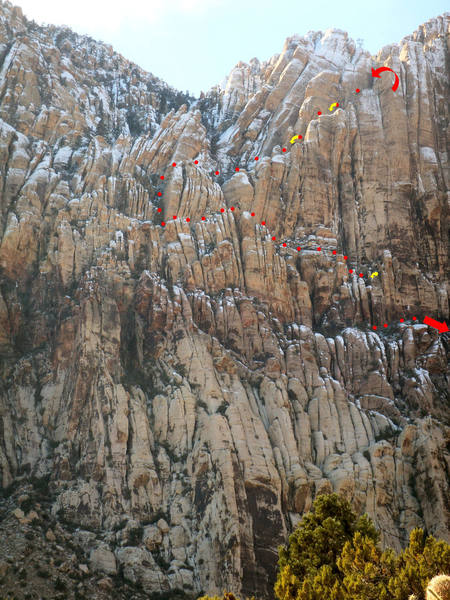 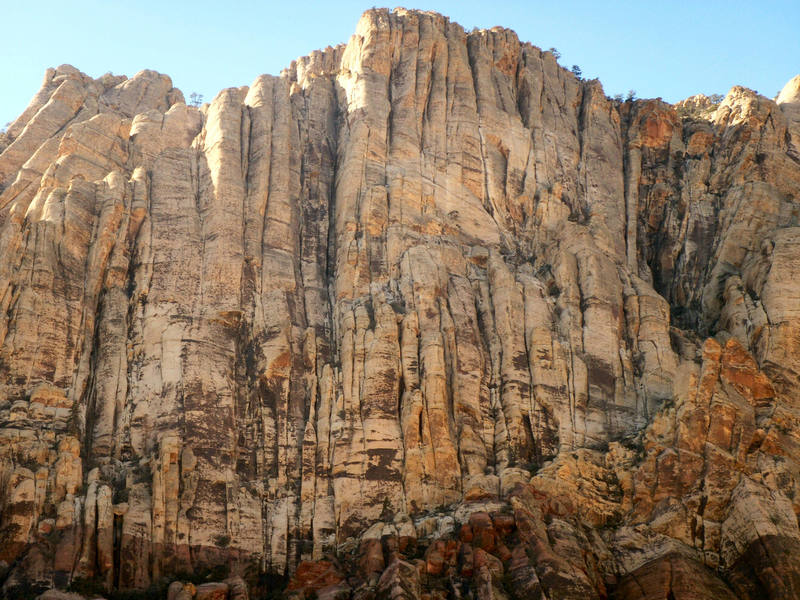