The South West of England has something for ever climber.

The tip of Cornwall and the island of Lundy offer quality granite sea cliffs, an experience unrivalled elsewhere in the country. More granite, with a remarkably different composition, can be found outcropping as Tors on Dartmoor.

Much of the climbing on the North coast of Devon and Cornwall is on the Culm measures: a worryingly transient rock consisting variously of sandstone, shale, limestone, slate,.... Most of it is in varying states of falling down, but the climbing on the unique and spectacular fins at Lower Sharpnose is not to be missed.

East of Cornwall, the South coast is predominantly limestone in it's various guises. Berry Head at Torbay is home to some spectacular sea cliff adventures, as well as one of the UK's premier DWS venues. Right on the East of the area is the county of Dorset, where you can find reliable weather (well, to the extent that it exists in the UK!) and the quality sport climbing destination of Portland. The nearby area of coast near Swanage provides a more traditional ethic, and more DWS action can be had at Lulworth.

For the limestone aficionado, yet more awaits inland around Avon and Somerset. The towering walls of Cheddar gorge host some impressive multipitch sport (and trad) climbs, as well as more accessible roadside cragging. Avon gorge, in the centre of Bristol, is a major and historic urban crag, with a distinctive feel to it. Finally, across the Severn in South Wales is the tranquil area known as the Wye Valley. From the intimidating trad adventures on the GO Wall at Wintour's Leap, to the steep sport climbs at Ban-y-Gor rocks, the Wye caters for all tastes.

The get to this area take the M4 west of London and then head South on the M5. 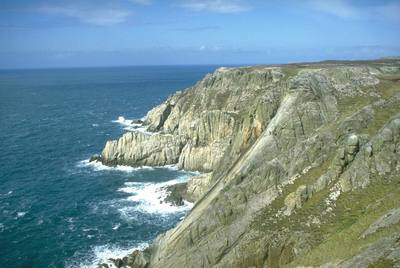 All Photos Within South West