All routes between and including Southwest Arete to Mainline are closed.

As of 2021, there is a new online method for acquiring day and annual passes to Whitesides here: recreation.gov/activitypass…. $3 for a day pass, $15 for an annual pass.

Whiteside Mountain, located between Highlands and Cashiers NC, is considered by many as the biggest, "baddest" cliff on the east coast. It offers stout free climbing routes, wild, run-out routes and aid routes all with tremendous exposure all around. Whitesides also has a reputation for loose rock, skimpy gear and unpredictable weather and because of this Whitesides remains among the most feared, respected and involved climbing areas in North Carolina and the Southeast. All the routes here required a level of commitment and seriousness because of the objective dangers and Whiteside's reputation as the "local flight school". As Thomas Kelley, author of The Climber's Guide to North Carolina, writes, "Whitesides is undeniably bold. Whitesides is immense, scary and the closest thing to big wall, run-out adventure climbing you'll find in the south. This is the place for you if you wish to avoid the crowds and soil your drawers." Eloquently put.  Route development at Whitesides began in the late 1970's with most of the development taking place in the last '80's and '90's with names like Bayne, Cartwright, Corbett, Gaskin, Ilgner, Lassiter, Rotert, Stegg, and Whittemore to name a few; names that read like a who's who of North Carolina climbing.  Whitesides is broken up into a couple of different climbing areas: the Southeast Face and the North Face (aka Devil's Courthouse).  The southeast face, about 700 feet in height, sees most of the traffic especially on the Original Route (aka Gom Jabber), (III/IV, 5.11a or 5.10c, A0) and Traditions (III/IV, 5.11c). There also many other considerable routes on the southeast face including The Matrix (IV, 5.12c), Warrior's Way (IV, 5.12c), Arm and Hammer (IV, 5.12a), Whipping Boy (III/IV, 5.11d) and Catholic Girls Direct (III, 5.11a) to name a few. The Devils Courthouse, visible from US 64, hosts a number of 2 - 4 pitch routes including Crystal Creme (5.11d) and Conquistador (5.11b).Other Details:

�Directions: From downtown Highlands, go east on US 64 for 5.5 miles to the Whiteside Mountain Road sign; turn right on paved road NC 1600 and go .6 mile; bear left at the Wildcat Ridge Road sign and go .35 mile; turn left into a gravel parking lot.

�Hike: Visitors can hike part or the entire 2-mile loop trail to the 4,930-foot summit for a view of the valley floor, lying 2,100 feet below the surrounding mountains. The Whiteside Mountain Trail is designated a National Recreation Trail and is a component of the National Trail System.

�Gear: A lighter version of a "standard" rack will typically do. Double check route descriptions for more details.

�Rating: Most routes ratings at Whitesides could/should have an R or X added to them.This is by no means a complete history of climbing or routes located at Whiteside Mountain, for additional valuable information pick up a copy of Yon Lambert & Harrison Shull's Selected Climbs in North Carolina or Thomas Kelley's The Climber's Guide to North Carolina or pick the brain of a North Carolina local.

From downtown Highlands, go east on US 64 for 5.5 miles to the Whiteside Mountain Road sign; turn right on paved road NC 1600 and go .6 mile; bear left at the Wildcat Ridge Road sign and go .35 mile; turn left into a gravel parking lot. 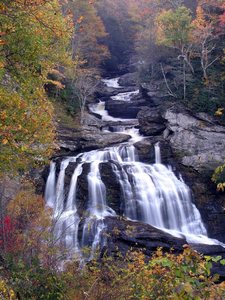 A nice waterfall not far from Whitesides. It (… 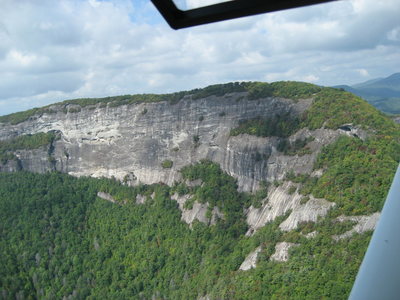 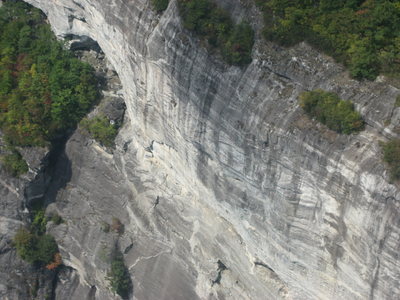 Looking down the face of Whitesides 09/08 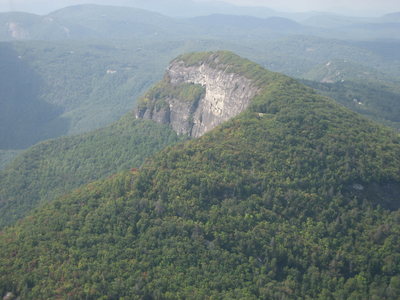 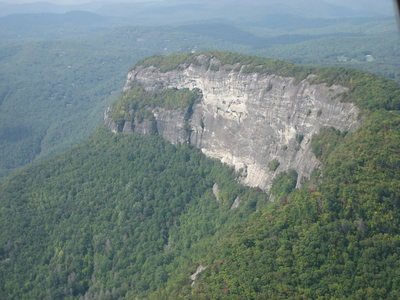 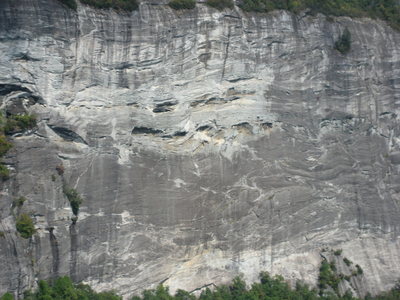 Closer shot of part of the face, WHitesides 09/08 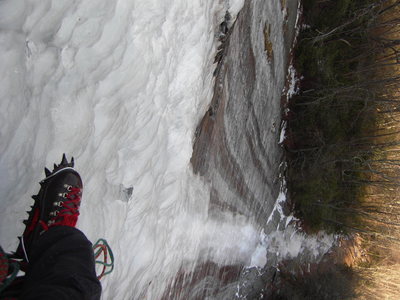 Looking down past my old school Habeler Superli… 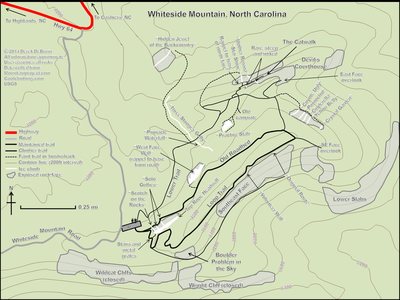 To the best of my knowledge, complete beta for… 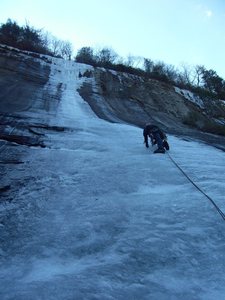 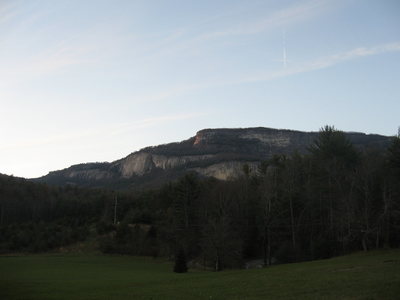 The SE Face is only a small part of the equation. 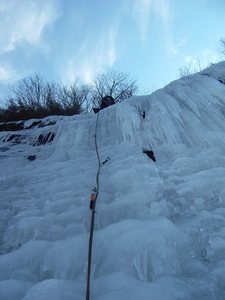 All Photos Within Whiteside Mountain