Lower Sullivan's is a basalt canyon that gradually transitions to limestone.  Grades range from 5.5 to 5.11.  If you are filling your Northern Arizona basalt dance card, the rock here is very different than Paradise Forks, Oak Creek Overlook, and other crags.  While virtually all of the lines are crack climbs, the rock is heavily pocketed, which yields an abundance of face holds.  As the inside of cracks are pocketed as well, you can find great nut and tricam placements.  Cams are occasionally fiddley, so pay attention to these placements.

There are several distinct walls, with multiple approach options.  Most of the routes are reached via the main descent gully, which is pretty obvious: It looks like basalt interspersed with concrete, and involves some easy scrambling through loose rock.  Turn right at the base (west) and you will find shorter routes, with a good mix of 5.5 - 5.10 climbing.  Turn left and you will find longer routes, generally 5.9 - 5.11.  Sub-areas going left to right:

Approaches to other areas are noted in the subsection descriptions. 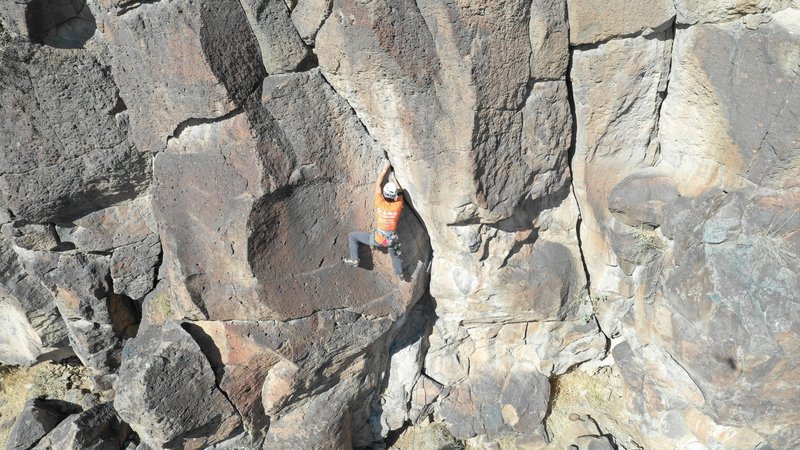 Almost all routes have bolted anchors, some with Metolious rap hangers, and others with chain.  The chains are 5/16, and a bit on the rusty side. The area above the clifftop is littered with large blocks and other debris, making it unsafe to approach the anchors from above for top-roping.

Development of sport routes is not viewed positively by locals; that said, a short bolted route appeared at the far left side of the Nursery in late 2020.

Because the cracks are so variable, you can get by with a rack of doubles on most routes.  On some of the harder routes, you may want triples to sew things up.  There are many routes which take a #4, and you can find placements for a #5 if you bring one along.  There are several  offwidths as well: Sword of Damocles will take four #4's, and Pot Luck will require 9" cams.

About 5 miles north of Chino Valley and 1/2 mile south of Paulden look for the Depot 89 gas station/convenience store.  Head east on Old Hwy 89, then take a quick left on Sweet Valley Road (uunpaved).

Set your odometer to 0.  At 1.0 miles, you'll see a turnoff on the right, opposite from a white fence.  Stay on the most heavily travelled portions of the road.  At 2.1 miles keep left passing a gate and some concrete posts.  At 2.3 miles there is a pullout/parking spot on the right.

Hike west from the parking area until the canyon comes into view, you'll be on the north rim of the canyon. Look for cairns that mark portions of the trail and some of the descents into the canyon. Several drop in points are possible. 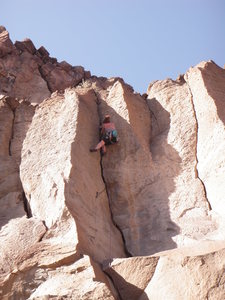 Anyone know the name of this one? Kait Boyle… 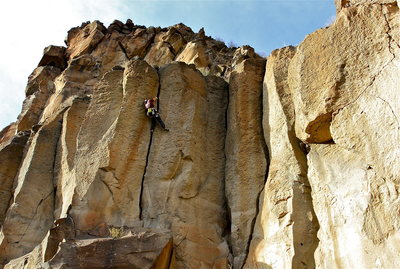 Sword of Damocles, a must for the off-width sat… 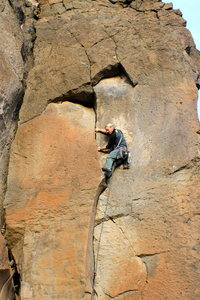 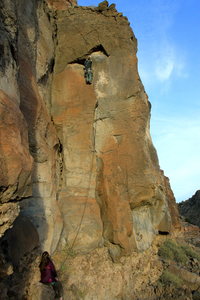 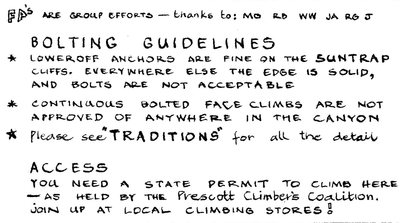 lol these are the old 'bolting guidelines' for…

All Photos Within Lower Sullivan Canyon