This south-facing limestone wall has two bolted sport routes and a couple of abandoned projects. The limestone layers that make up the wall slope down from left to right at about a 30 degree angle making for an interesting look.

The wall has a number of small, diagonal roofs and is streaked with various colors including a fairly vivid light blue (hence the name, presumably).

The Blue Wall is located on the north side of the canyon between the first and second bridges. When the second bridge can be seen ahead there is a large gully with a talus slope on the left (the second gully on the left after the first bridge). Slog up the talus to the top of the slope and turn left (west). The routes are on the right after a large roof with a prominent blue streak below and to the left of the roof. 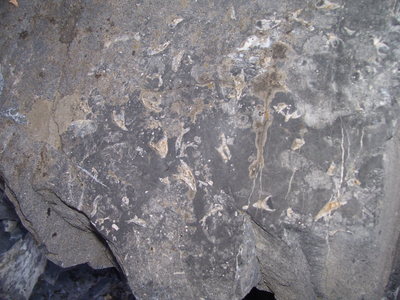 Spotted this rock with tons of little tooth fos… 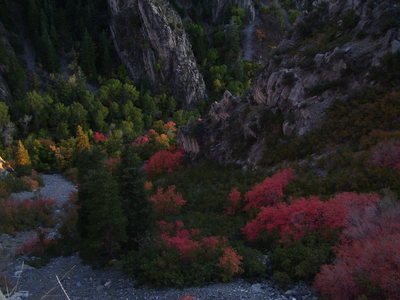 Great colors in the twilight! 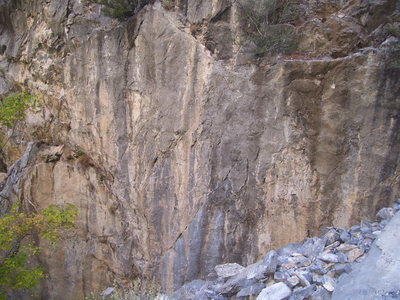 This cool spot is not actually in the Blue Wall… 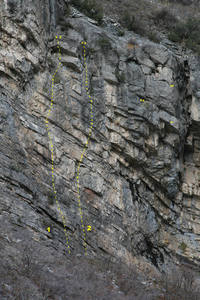 All Photos Within Blue Wall