The Cirque of the Unclimbables Rock Climbing

Areas in The Cirque of the Unclimbables

The Cirque of the Unclimbables offers amazing granite rock climbing in a remote, beautiful setting. Found in Nahanni National Park Reserve of Canada just over the western border of the Northwest Territories, the Cirque is pretty out there. No roads lead to within a hundred miles of the Cirque.

Often likened to the Bugaboos but without all of the snow and harder to get to, the Cirque holds many spires and walls. Most are suitable for climbing, but Lotus Flower Tower and Mount Proboscis stand out as gems. Mid-to-late summer offers the best climbing weather and also offers up to 20 hours of daylight because of the Cirque's northern geography.

Fairy Meadows, the traditional basecamp for all routes in the Cirque except the more remote Mount Proboscis, is a magical, lush, well, meadow. Granite boulders, some house-sized, dot the meadow and present rainy-day bouldering opportunities and shelter for tents. Most objectives in the area are a one-hour walk from the meadow. However, those who plan on climbing Mount Proboscis should plan on a much more involved approach from the meadow, one that takes a number of hours and involves a climb through What Notch, as Proboscis actually lies in a subsidiary cirque.

George Bell's excellent and informative site answers most questions about the area: gibell.net/cirque/

This is the hard and expensive part. Unless you are masochistic, it is necessary to charter a float plane to fly you into the Cirque. Warren Lafave's company, Kluane Airways is the primary service for the Cirque. He owns the Inconnu Lodge, a very high-end fishing resort, so those who chose to fly with Kluane often are treated to food and lodging at this up-scale establishment. Warren usually stashes a sat phone in the Cirque in order to coordinate trips back to civilization. More info can be found at: kluaneairways.com/unclimbab…

We drove to Finlayson Lake, which is about two hours north of Watson Lake in the Yukon Territories. From here, a float plane picked us up and flew us to Glacier Lake, the major drop-off point for the Cirque. From Glacier Lake, expect a long slog up interminable talus to Fairy Meadows. So, from the lake, follow a meandering trail generally west until you hit the talus at the base of Mount Harrison Smith, a mile-high hunk of bad granite. Take a hard right and follow the talus generally north until you hit Fairy Meadows. It took us a solid half-day to get from the lake to the meadow.

It is also possible, though more expensive, to charter a helicopter to drop you off at Fairy Meadows, thereby bypassing the talus slog. If I ever go back, I am definitely getting the helicopter. After negotiating the talus a few times while shuttling loads, I came to the conclusion that the helicopter is absolutely worth the extra cost.

Classic Climbing Routes at The Cirque of the Unclimbables

Mountain Project's determination of the classic, most popular, highest rated climbing routes in this area.
More Classic Climbs in The Cirque of the Unclimbables » 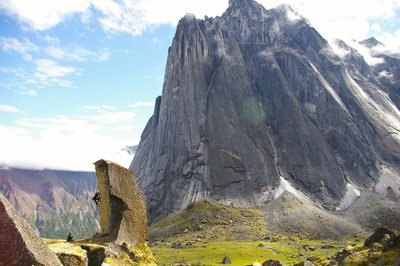 Cragging in Fairy Meadows on "The Penguin" (5.1… 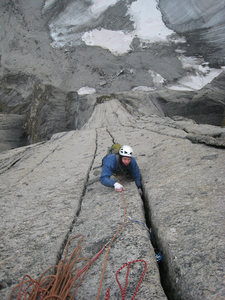 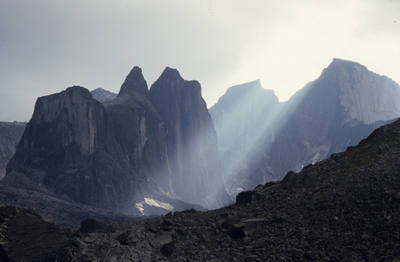 Sun through the clouds in the Cirque of the Unc… 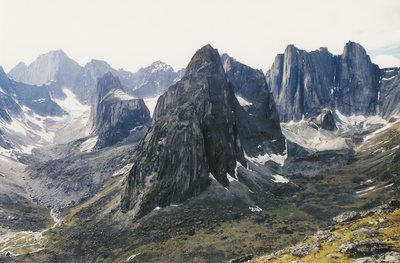 The Cirque. Mt Proboscis is on the left, Lotus… 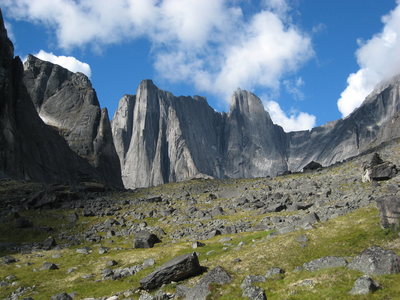 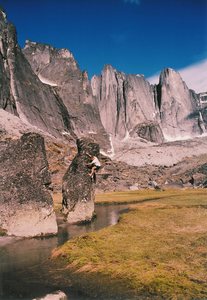 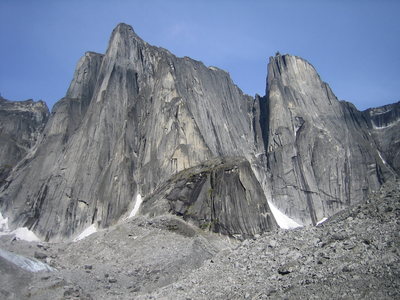 the Lotus and the Parrot Beak 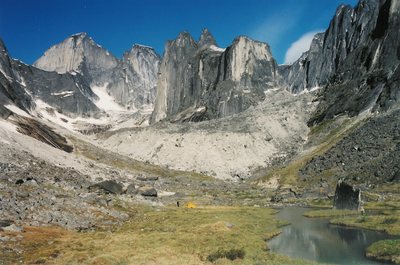 Mt Proboscis (on the left) from Fairy Meadow. 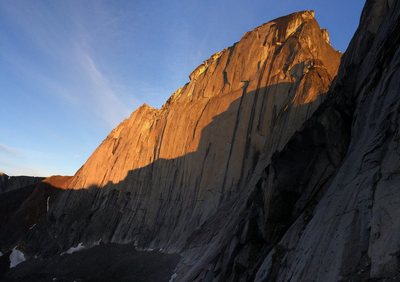 A wilderness bigwall at it's finest - the South… 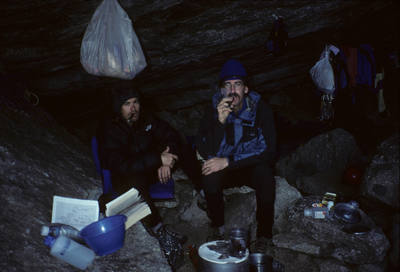 Peter and Deaun smokin' cigars after a another… 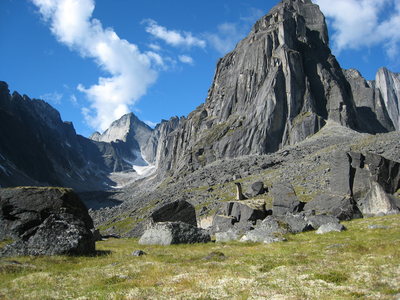 Terrance Tower with Mt Proboscis in the distance 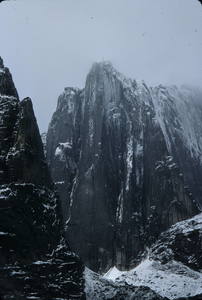 Lotus Flower Tower with a dusting of fresh snow…

All Photos Within The Cirque of the Unclimbables


More About The Cirque of the Unclimbables