Every Minnesotan climber should visit Sandstone at least once. It has decent easy routes, one of the best 5.12's in the state (Sigma), and has a large number of ice and mixed routes in the winter. What's more, it is an easy hour and a half from the twin cities. Most of the walls have been quarried, so don't expect a natural look, but there are sections of beautiful, un-quarried rock. And the smooth but solid sandstone is perfect for free climbing. The routes that have been bolted have been done exceptionally well by conscientious and committed first ascentionists like the Dreezman (Mike Endrizzi), Jeff Engel, Tyler Hoffart, and Mike Dahlberg. There are still a couple lines waiting to be bolted that will be just as classic as the best routes here.

For rock climbing, pick your time of year carefully. As any Minnesotan can tell you, summer provides better conditions for saunaing than it does for climbing. October through early December, depending on your temperament, can be pleasant.

Once you can't feel your fingers on the rock anymore, it's time to switch gears to ice and mixed climbing, and Sandstone is a great place to do it. However, Mike Endrizzi (who has bolted most routes on Diagonals and Sax Walls) has asked that if you decide to dry tool then do not use his hardware, go old school with webbing for anchors. Michael has put a lot of his own time and money into these walls and does not want to see them destroyed in short order so that many generations of Minnesota climbers can enjoy the walls.

When in Sandstone consider this note from MN Climbers Association: "We are especially fond of the City of Sandstone and City Administrator Sam Griffith for working with us to build a climber-citizen cooperative to bring climbers into the community. Sandstone has purchased insurance, blazed trails, made park benches, helped us create an ice farm, donated $$ and staff time to this climbing mecca. Please respect the crag and the locals by picking up garbage and being extra friendly to the tourists and especially the children. We strongly encourage climbers to patronize local business establishments and spend money to show our gratitude to the city."

To support the grassroot climber's initiatives in Robinson State Park (including farming of ice) consider a donation or a joint membership in MCA and Access Fund.

From 35W, take exit #191.
Head East off the ramp, towards the town of Sandstone.
Take a right onto Route 123, aka Main Street.
Pass the local businesses, including the Ace Hardware.
Take a right onto Route 123, aka 3rd Street.
Sandstone Quarry will be on your left once you are out of town (not very far - maybe a mile or so from the turn off Main St.).

The map produced by Shawn Tracy should be invaluable from this point. Basically, The Reproductive wall is on your left near the picnic tables. For Sigma and The Ramp of Death, etc. head a little further, and park on the left. Don't pass under the railroad tracks.

Other Stuff Around Sandstone Quarry

Gas Light Bar (Main and 1st) - This is the place to stop for a beer and to take in the atmosphere. As for food, "Yes, we serve food," said the bartender, "Bloody Marys." Owner Lenny is who initiated getting climbers involved!!! Say THANKS!
Amy's Country Cafe (Main and 1st) - I've heard secondhand that you can get a great burger here.
Jan and Gary's Diner Great breakfast and ice cream.
Kitty's Corner Cafe (5th and Commercial)- Not sure about this one. It was closed when we stopped by.
Ace Hardware - Revise that crusty stick clip, pick up that mini-sledgehammer you've been meaning to buy to work your pronator muscles, or replace the drill bit you've worn to the nub. With great selection, and friendly folks, this is my favorite stop in town.

Make sure to let me know if I've missed a favorite business, or destination for climbers. My impression was that the town is pretty cool, with down to earth, friendly locals.

.....Regarding Sandstone climbing: my earliest memories are of top-roping there in about 1979, 1980...something like that. Then, and after that, Sandstone was mostly a spring thing for us (we went there when the wind, lingering snow, or temps on the North Shore made climbing further north less than comfortable. Once the Shore came into condition, we never went there again until fall again. We would very occasionally visit in the winter and do the one big waterfall, but we never played around on the other mixed stuff until Dahlberg brought that sort of thing into vogue around the mid-eighties. We never named anything-- seemed presumptuous since others had clearly visited before us (a bit like Carlton Peak in that regard). We identified the climbs there by "panels" (sections of rock that were bounded by drill hole scars) and used those as out of bounds markers, etc. I suppose it was a bit like the route setting business that people do today at climbing gyms. The whole experience felt very artificial and contrived because of those drill hole scars--which is probably why the place never really caught on with us. Of course the few routes on the more natural cliff faces there were our favorites (and we just called them things like "the big diagonal crack"). Nonetheless, we thought of it as an important enough crag that when we built the indoor climbing wall at UMD in the late 80s, we included a panel of natural rock from there (along with panels of rock from Taylor's Falls, Blue Mounds, Red Wing, Palisade Head and Carlton Peak--representatives of all the different types of climbable rock in the state of Minnesota).

......As I mentioned before, we had no doubt when we were going there that others had almost certainly climbed there before us. I think it is important not to diminish the efforts and the spirit of those who climbed (unheralded and unrecorded) during the 70s, probably even the 60s in Minnesota. I do, however, think that you are pretty safe crediting a number of the mixed climbs to Mike D. I remember he had produced a sketch that he circulated to a bunch of us showing the names, locations, and ratings of the mixed climbs he worked out in secret before he took a large group of us to his "secret fishing hole" one winter weekend. In terms of mixed possibilities, he was the visionary at Sandstone.

Back in the mid '80's I kept asking a bit about Sandstone as I'd drive by it on my trips between the cities and UMD where I was doing my undergrad. I'd generally get blank looks on most people's faces. Somewhere around '86 Dahlberg shared a bit about the place and about "some guy" (I think he even knew the name) who wanted little to nothing to do with climbers in the quarry - someone who'd chase you out of there if he saw you. Believing about 50% of that and accepting a "just try it pal" attitude, I began work on a possible line on the "drill wall" (I believe Mike had already put up Sigma at the time and so I knew he wasn't simply trying to keep anything under wraps). I eyed a line on the "drill wall" that would follow the crack to the right, then exit left onto the face and do a kind of "S" route on slopers to the final high step and slotted pocket pull to the top. At the time I proposed "escape" as the route name, as it followed an "S" kind of line and had that "prison-esque" metaphor.

At the time, what existed (if at all) was probably closer to a no bolt ethic, but looking at the man-made nature of the place itself, and the less than great situation for setting up a tr on the climb, I justified a couple "as discreet as possible" bolts at the top. Interesting enough, I never saw hide nor hair of what I began to assume was a mythical figure described by Mike, but I did discover near the end of fall after establishing the climb that someone had defaced the lower part of the wall, chipping what I can only assume they thought were holds (the possibility of any direct start on that line was inconceivable) required to do the route, not realizing the line started in the crack - so hey, maybe the guy existed. I never saw another climber (or person) that whole season while in the quarry, but on several occasions as daylight waned, had the creepy feeling that I was not quite alone.

I showed the route to several others, the only one who I knew to work out the moves while I was there was long time friend Paul Bjork. In the late '80's and early 90's I climbed with Paul, et. al., and knew Dave Pagel a bit from UMD - greatest of times, now reliving those with my two daughters (12 and 13), who willingly (yeah!) accompany their old man down the road to TF (we live in Lindstrom) where he watches them learn the craft. 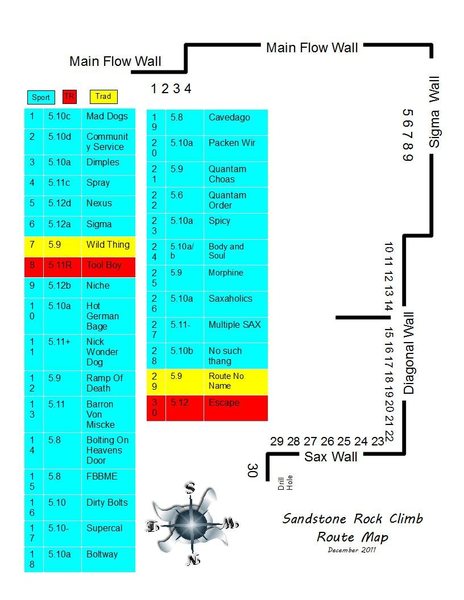 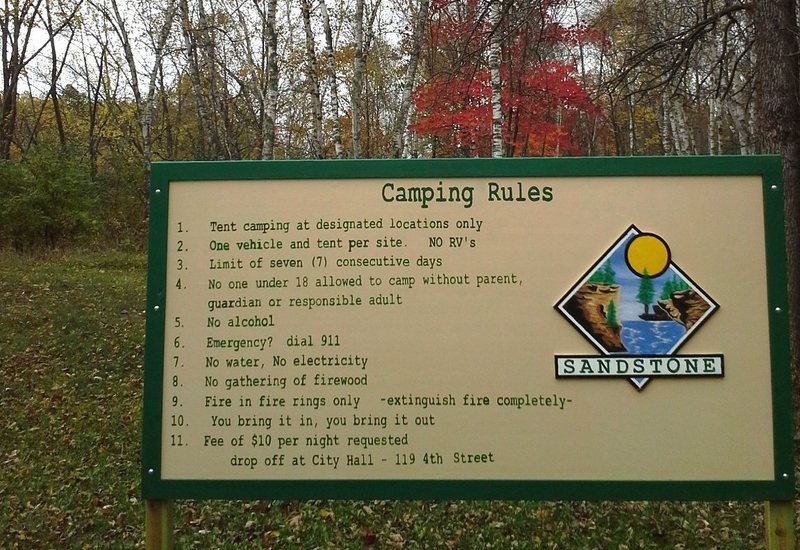 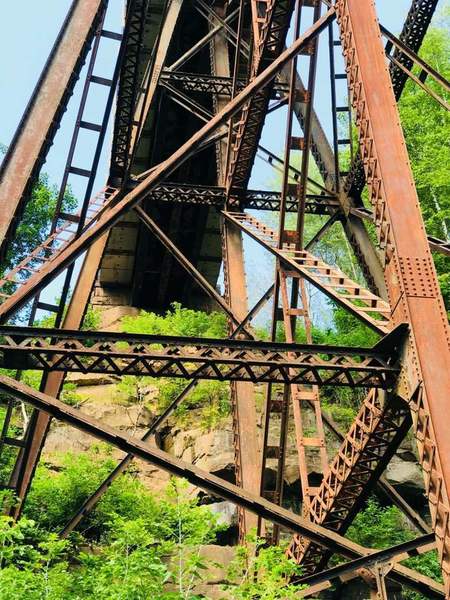 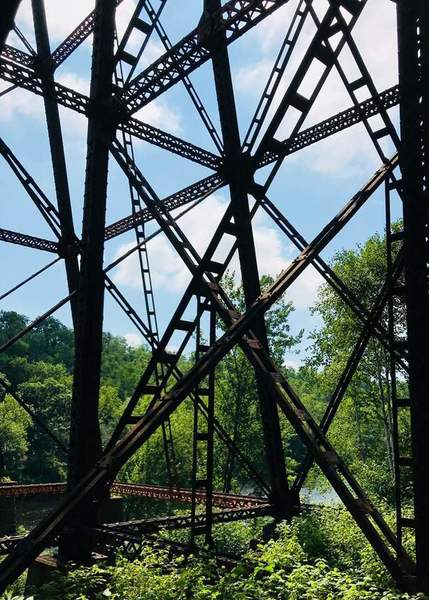 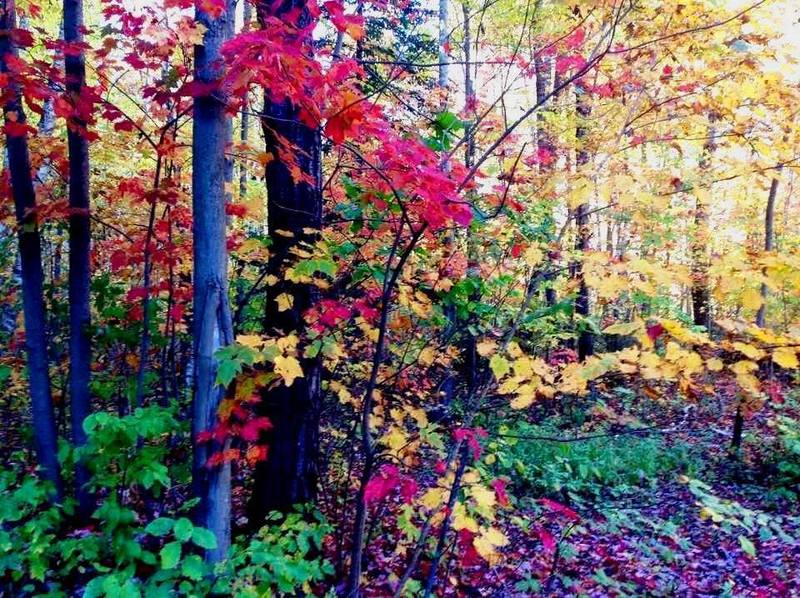 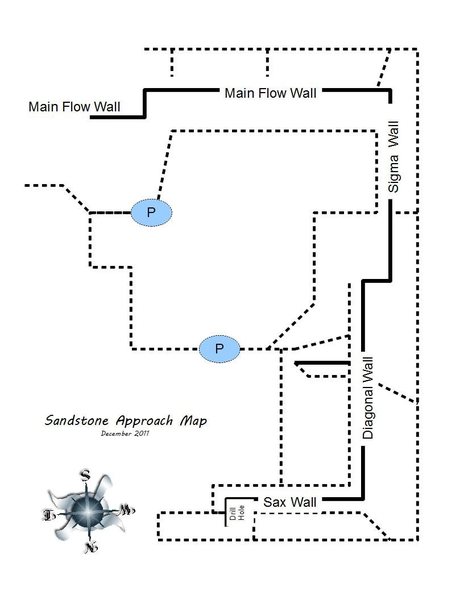 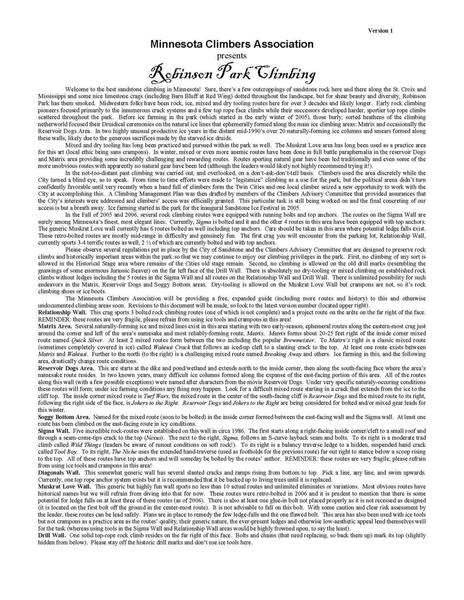 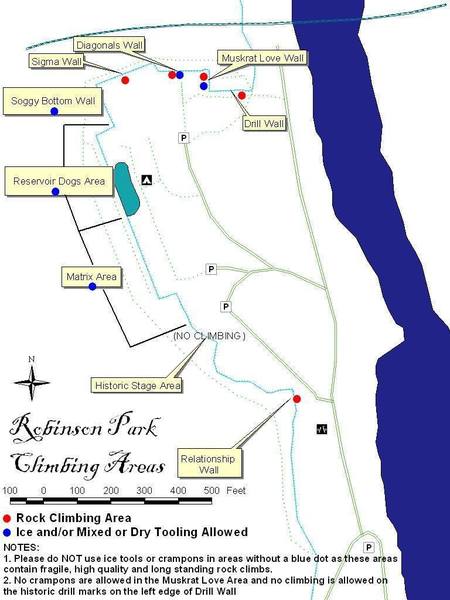