This is one of the harder peaks in the state, both because it is nowhere near any road, and the easiest way up is easy 5th class. It's located in the center of the San Juan mountains, in between the Needles and the Grenadiers. It's basically a fin of cliffs, so there are many subsidary summits and spires as well. The approach is long, but the area is awesome for longer backpacking trips, and it's probably more likely to see mountain goats than people on the mountain.

The standard approach I've seen described comes up the no-name drainage from the Animas River, I have not done this, but it would involve riding the Durango-Silverton train or a very long hike. The way I approached was over Hunchback Pass from the north. This is up a four wheel drive road with some decent obstacles, but we saw an older subaru 4x4 wagon at the trail head the last trip. To reach the trail head, from Silverton drive northeast out of town toward Howardsville, turn right after the second bridge once the road turns to dirt up Cunningham Gulch (look for gold mine tour signs), follow this past the tours for a couple miles, and turn left up Stony Pass. This 4x4 pass is pretty mellow, the worst parts are coming back down the steep Silverton side (I need to use low range to avoid riding the brakes), crossing Pole Creek (1+ feet deep) at the bottom, and a spot just past Pole Creek that gets super muddy and slippery after it rains. This road goes past the Rio Grande reservoir toward Creede, and could be approached from that direction, but I haven't driven that stretch. Soon after crossing Pole Creek, turn south (right) toward Beartown and Kite Lake and cross the Rio Grande, which has been pretty shallow every time I've crossed it. The next 4 miles up to Beartown are mostly dirt with dried up mud puddles (unless it rained) with a couple steep hills and some rocky sections. From Beartown, the road gets a bit rougher with more rocks, and a mud hole that's usually somewhat deep. Just at the end of the trees and about a half mile below Kite Lake is the trailhead for the Continental Divide trail on the left. If you don't have a 4x4, you could also go to the end of Cunningham Gulch and do several extra miles on the continental divide trail starting there. From the trailhead, go over Hunchback Pass, and down toward Vallecito Creek. The divide trail branches left part way down. To camp close to Jagged, you could continue down Vallecito to either Leviathan or Sunlight creeks and hike up them. I haven't done either from Vallecito. Where I camp is up Stormy Gulch, which is close to the Grenadiers. For this approach, either go down to the meadows where Trinity Creek flows into Vallecito, cross Vallecito just above the confluence, and find a small trail above Trinity Creek, or there's a shortcut up higher. After the third creek crossing on the way down, there's a few switchbacks, then the trail comes close to the creek just below a waterfall. Cross the creek on small logs- this could be difficult in high water now that the big log is gone to a camping area with a small rock alcove. A small trail cuts off here, peters out quickly (go up to find the trail again, or cut down and across to the trail up from the confluence) until the two trail merge, follow this up to a large meadow/marsh. there's a couple decent camp sites here, but it's better to continue up the trail to treeline, pretty much below the north face of Storm King, there's nice camp spots here, and a trail that heads up around the east side of Storm King. From this camp site, it takes about 3 hours to hike to the base of Jagged. Go around the east side of Storm King, over the pass to it's south, then turn south to a small lake on a pass between Peaks 7 and 8. From here, traverse south to a saddle (staying high is easiest with day packs, there's some scrambling that would be hard with big packs) and continue to another saddle above Leviathan Lake. Traverse around the head of the drainage to the pass to the south (loose scree to the right heading down, more grassy and steep to the left, then to more talus around and up to the pass). From here, Jagged is just across from you to the south, traverse on a trail to a pass north of Jagged, then on to the base of the peak. Other approaches would be to hike up Vallecito Creek from Vallecito reservoir, or from Molas Pass up into Vestal Basin. 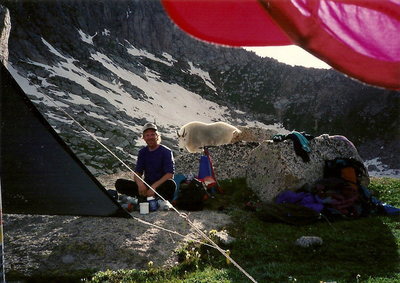 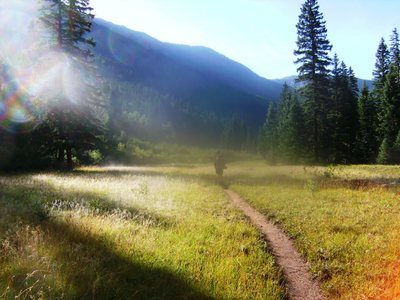 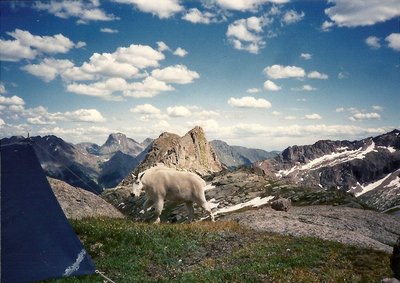 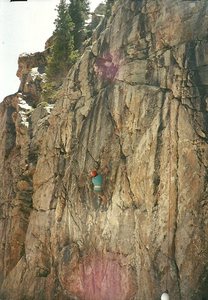 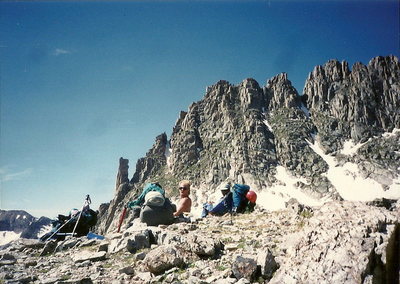 From the Leviathan Pass. 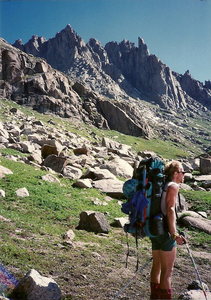 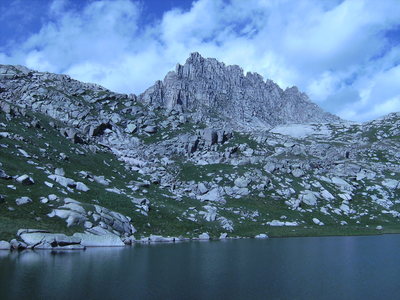 Gorgeous. At the bow-shaped lake. 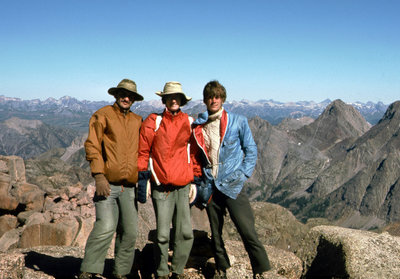 Summit of Jagged Mt. on my second time summitti… 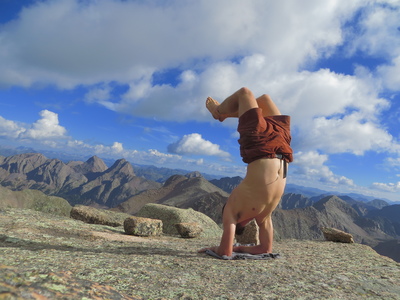 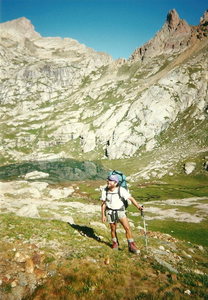 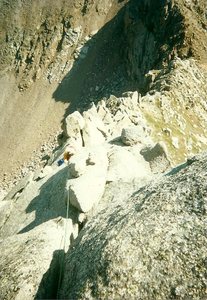 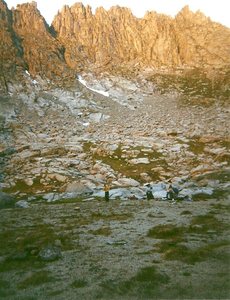 All Photos Within Jagged Mountain